How lucky are we?

This past weekend, there have been a few snowy owl sightings in the neighborhood – mainly at Castle Island.

The one above was spotted at Fort Independence by Southie resident John Linehan and posted on Instagram. 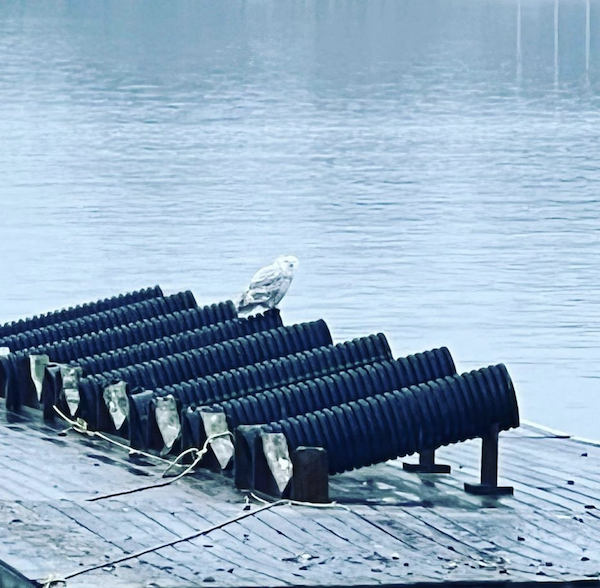 So what the heck is a snowy owl doing in the city?

Well, according to the National Audubon Society, of the 30-plus species of owls in North America, several have learned to thrive in urban spaces. The snowy owl will haunt flat, tundra-like places that mimic their typical northern hunting grounds. Airport tarmacs and beaches are spots you might find them.  They are almost always found during the winter especially when there is snow on the ground.

This is not the first time a snowy owl has been spotted in the neighborhood.  Last year, one was spotted on East Fourth between P + Farragut Rd.  We reported back in 2017 one perched on the playground behind the L Street Bathhouse and back in 2019 one was in a tree at Castle Island.

So if you’re interested in seeing the Southie Snowy Owl in real life, take a walk out Castle Island or along the beach and keep your eyes open and look up in the trees.

So is seeing a snowy owl a good sign for the new year?

Well, according to CrystalClearIntuition.com, seeing a white owl represents change, transformation, and inner wisdom. “White owls are the marker of the ending of something, leading to the birth of something else. They are spiritual masters that remind you to pay attention to the lessons you learned so that you can continue to grow and evolve on your spiritual journey.”

We’re gonna take this as a sign that 2022 will be a year of transition, growth and new things!  All good things! (Please, for the love of God, let’s hope so!)