Could someone please help the #7 Commuters in South Boston?

For the love of God, someone, please help us!

Evidently, the #7 Bus commute on Tuesday morning was extra bananas with both L and Broadway and N and Broadway having large lines of commuters singing the MBTA blues.

Universal Hub reports that two commuters sent photos of the lines – which you can check out here. 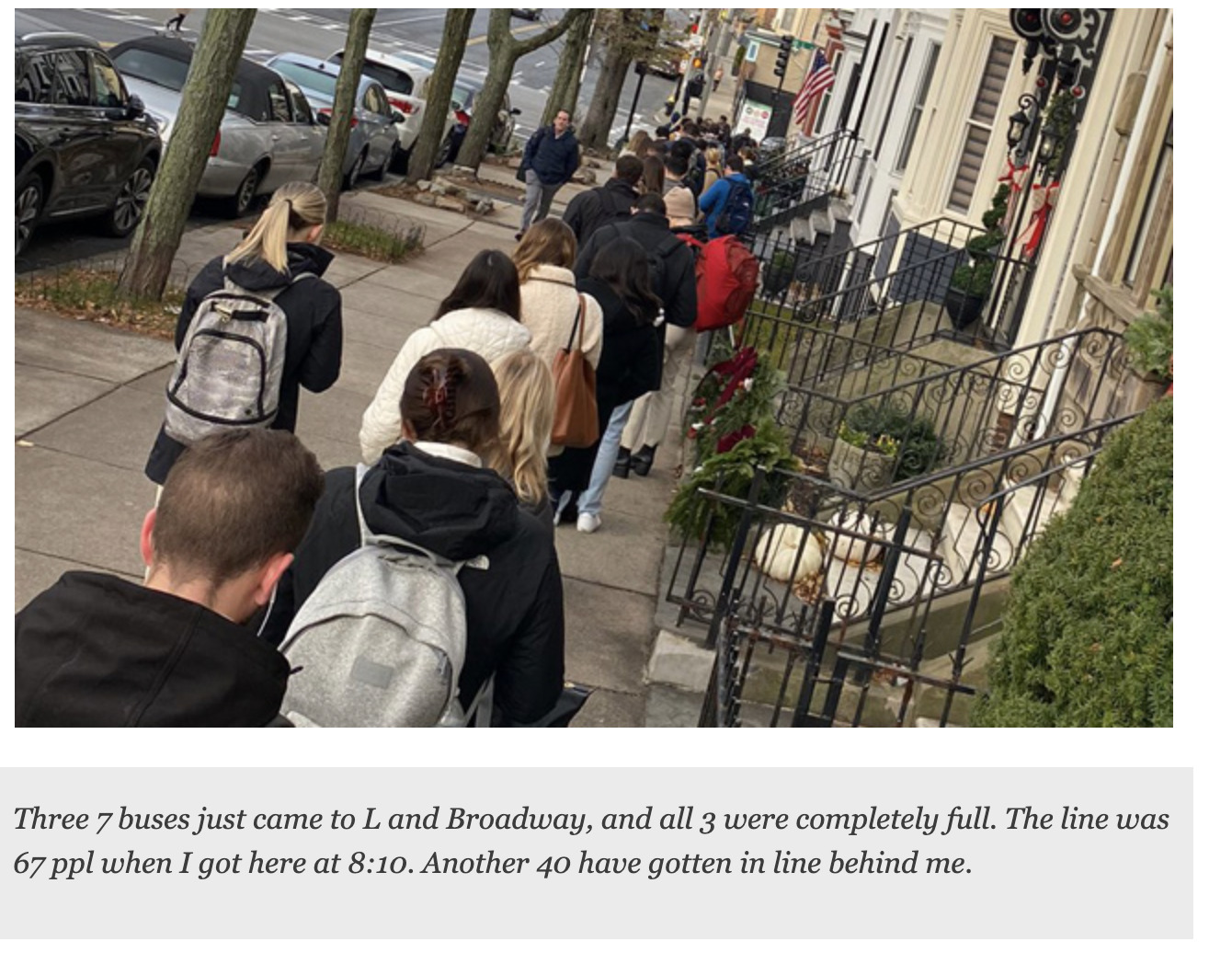 We realize this is nothing new.  This has been going on for years and it’s become the norm on Tuesdays, Wednesdays and Thursdays. We realize the MBTA is struggling.  There is a severe staffing shortage, and evidently, we need more bus drivers and obviously buses running during morning rush hour.

So how bad does it have to get before a solution is offered?

For several years (yes, years), South Boston residents have been asking for a solution to our bus “situation.”  With lots more development on the rise, plus more people moving into the neighborhood, thanks to the creation of new office buildings in the Seaport, what’s a neighborhood to do? Evidently, get in line and wait for the next bus you can board.

There have been numerous MBTA bus meetings and statements from local politicians over the past several yes but there doesn’t seem to be a solution on the horizon.  Could an express #7 help? Senator Nick Collins thinks so.  A dedicated express bus/bike lane on L/Summer Street has also been thrown out there as a potential solution.

The Better Bus Program was announced by the MBTA over a year ago – ironically the #7 was not even included the system-wide bus planning initiative.

Back in May, officials from the MassDOT and the MBTA launched the MBTA’s new draft network map as part of Bus Network Redesign.  It was revealed that there would be some changes to the #7, #10 and #11. And the neighborhood went nuts.

The neighborhood deserves a better bus system and we need it like yesterday. Enough is enough!