Legendary Amrheins Could Be Gone for Good

UPDATE: According to the Fort Pointer on Twitter, the newest rendering of the project at 80 West Broadway, presented at the most recent IAG (Impact Advisory Group) meeting on 3/10 did not show the historic building where Amrheins resides.  Preference is to keep Amrheins building with sidewalk widened and other improvements. Presentation included renderings of demolished building to illustrate that alternative. You can see the video and other important project information here. BPDA will hold a community meeting on 3/31 at 6pm. You can register here. 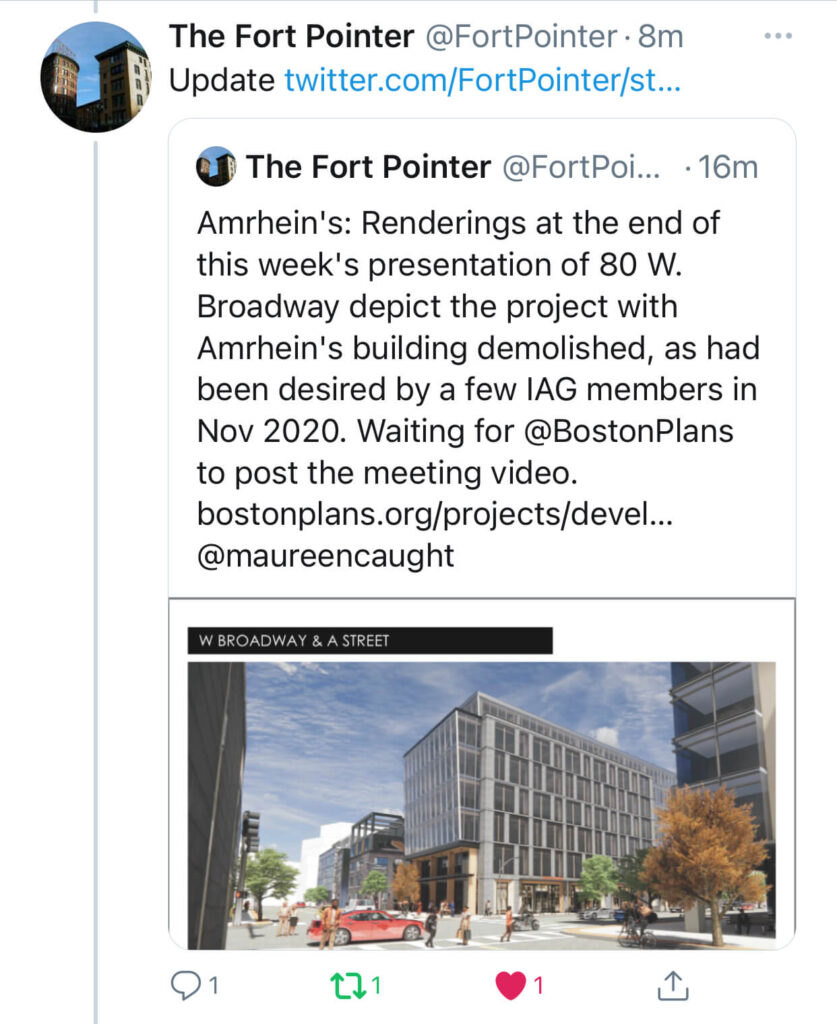 Back in October, we reported the recently sold Amrheins was included in the newly proposed development by The Matteson Companies and GFI Partners. The initial proposal stated it would retain the four-story building and restaurant space for Amrheins.

Well, according to the Boston Preservation Alliance – the iconic bar and restaurant is threatened with demolition. Evidently, there are people in the community – “loud voices” – that would like to see the old building torn down to widen the sidewalk at the corner of A Street and Broadway.

Amrheins has been operating since 1890 and is in fact the oldest restaurant and bar in South Boston.  This fact motivated the Boston Preservation Alliance to file a letter with the BPDA urging preservation of the Amrheins building in the new project. According to BPA’s website – Amrheins is “one of the few historic buildings to survive intense, ongoing development pressure on West Broadway. It is a gateway to the South Boston neighborhood, steps from the Broadway T station, and a marker of the roots of the neighborhood as Southie evolves.”

The site also goes on to urge readers who agree with their position to write to the BPDA in support of saving Amrheins for future generations. You can find project documents and contact information at the BPDA website.

You can read more about this situation here.