Evidently large house parties are causing quite the ruckus in the neighborhood.  On Wednesday night,  City Councilor Ed Flynn, along with State Rep. David Biele, held a virtual community meeting to discuss the issue.  BPD Captain Joseph Boyle from C6 and Aisha Miller from City of Boston’s ISD (Inspectional Services Department) were also in attendance. Quality of life issues like noise, trash, litter in addition to fear of these house parties becoming COVID-19 super-spreader events due to lack of physical distancing and mask wearing.

According to the State of Massachusetts safety guidelines for COVID-19, no more than 25 people would be gathering indoors.  Well, it seems like the people throwing these house parties are violating this guideline and could face up to a $300 fine.

In an order for a hearing filed by Flynn, it references New York’s policy of $1000 fine for violating social gathering restriction and a $2000 fine for a second offense.

Flynn is calling for stricter enforcement and increasing fines for repeat offenders.

Residents are also encouraged to call 911 to alert BPD about large house parties in South Boston.

You can read the hearing order below: 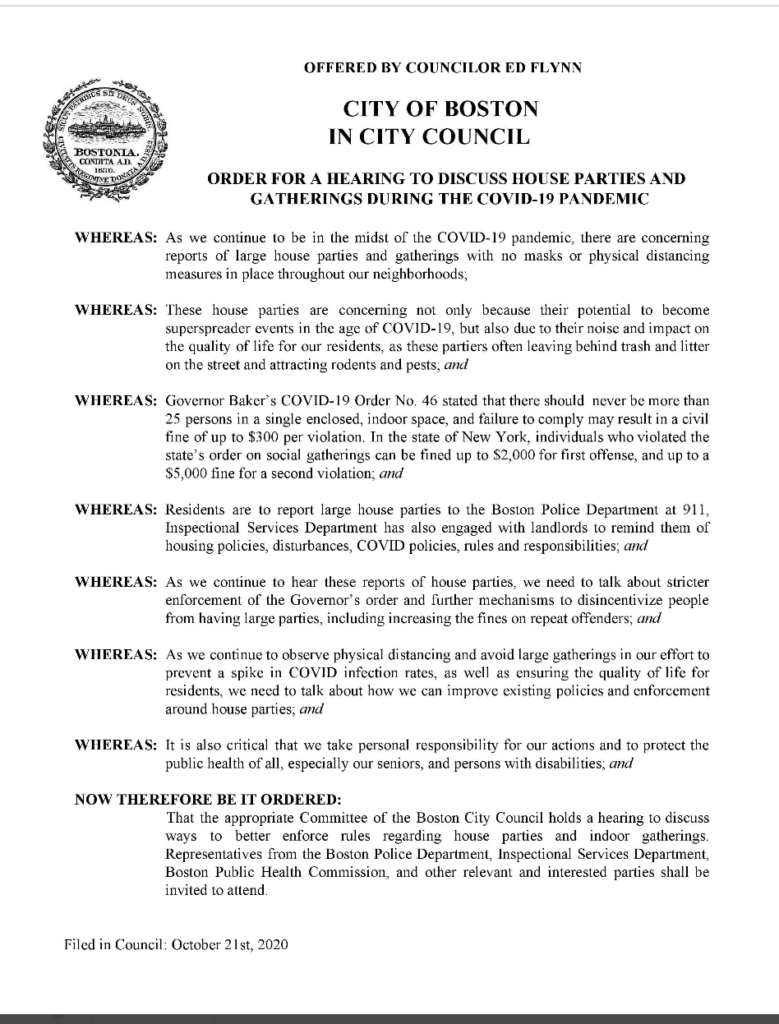