The MBTA Situation – Here’s the Breakdown

And it’s quite the situation.

After months of delays, derailments, fires and even death, the MBTA has announced some shutdowns to get itself back on track. Here are the latest:

The Orange Line will be shutdown and replaced with shuttle buses from August 19th-September 19th. Fingers crossed it will only take 30 days. Make sure to check out the Rider’s Guide to planning ahead!

The MBTA announced Friday that it will be shutting down the new Green Line Extension for four weeks. From Aug 22-Sept 18, shuttle buses will replace Green Line service between Union Sq-Government Ctr. During this time, we’ll help connect GLX Medford Branch, install noise walls & repair a slow zone while allowing developer to demolish Government Center Garage. Make sure to check out the Rider’s Guide to planning ahead!

Several Red Line stops have been replaced with shuttle buses. The MBTA said in a news release that shuttle buses will replace evening Red Line Braintree branch service beginning at approximately 9 PM through the end of service from Monday to Thursday for two consecutive weeks on August 1–4 and August 8–11.

Mayor Michelle Wu and Chief of Streets Jascha Franklin-Hodge announced increased access to the City’s public bike share, Bluebikes, by offering free 30-day passes during the upcoming MBTA Orange Line shutdown. These bike share passes will be available to anyone, and provide an unlimited number of 45-minute trips at no cost. Bluebikes staff will be present at key Bluebikes stations in Boston to provide guaranteed access to bikes and Bluebikes parking. Passes will be available at bluebikes.com/join or in the Bluebikes mobile app. You can read more details here! 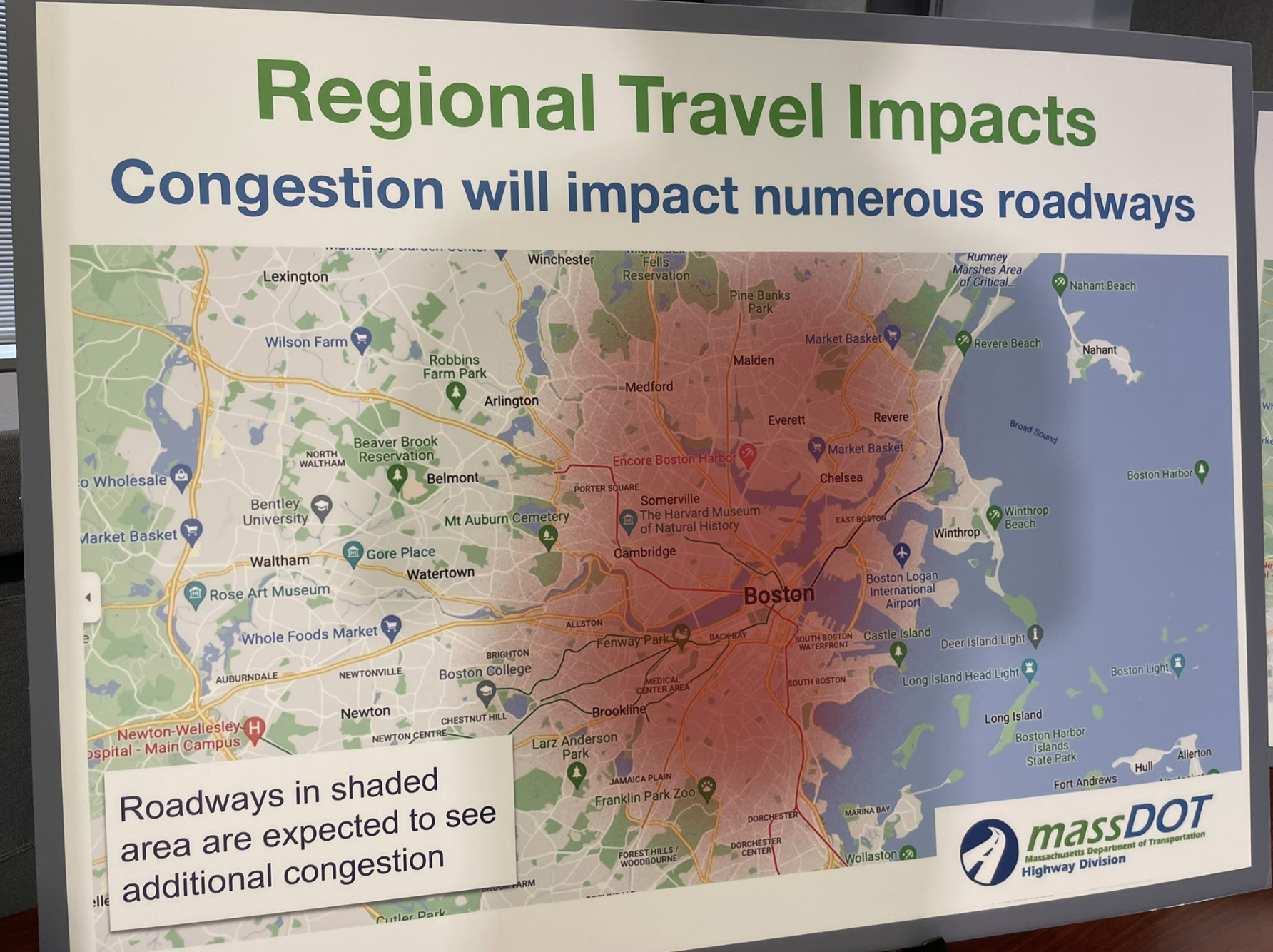 and hope for the best. Mayor Wu held a press conference to let the residents of Boston know that even though you might now take the Orange Line, you should expect delays and inconveniences during your commute. There will be traffic, temporary removal of parking spots, implementation of traffic restrictions in certain areas. In other words, brace yourself, it’s gonna be a shit show. You can learn more here.

In partnership with MassDOT, dedicated bus lanes are being added on the Gillmore Bridge between Cambridge and Charlestown, Rutherford Ave., and in Sullivan Square. These will reduce travel time and improve reliability on the northern shuttle bus route.

Other street changes, including parking restrictions, are being implemented at points along the shuttle route to create space for loading and to ensure buses can safely make turns. Signal timing adjustments will be made in advance of and during the shutdown to support shuttle movements.

Several streets will be closed to general traffic to allow shuttle operations, including:

Boston Public Schools (BPS) continues to work closely with the City and MBTA to support students preparing to ride the MBTA, especially during the Orange Line shutdown. BPS has secured 5,000 Charlie Cards loaded with free 7-day passes for students and families to practice using any new routes in advance to ensure they are comfortable navigating their trip to and from school. Students should plan for delays and ensure they leave additional time to get to and from school. Students arriving late due to transportation issues will not be penalized. BPS will also plan to provide additional staff support to help guide students along the Orange Line shuttle route. Students will also be provided healthy breakfast even if they arrive “after the bell.”

Families can also apply for a waiver on the BPS Transportation Support Portal for students in 7th and 8th grade only to receive yellow bus service instead of MBTA service.

Students and families are encouraged to contact the BPS Transportation Helpline at 617-635-9520 or by email at [email protected]org. The Transportation Hotline is open for students and families from 6:00 a.m. – 7:00 p.m. on days that school is in session. In addition, the hotline is open for limited hours on school vacations, typically from 9:00 a.m. – 5:00 p.m.

Back in June, the MBTA announced it was downscaling service in response to a staffing shortage that federal transportation authorities have stated is a safety risk for riders and workers. The Red, Orange and Blue Lines are now on a Saturday schedule every weekday. Officials said they plan to return Red, Orange and Blue Lines to full service levels “as soon as sufficient dispatch capacity exists.”

Here locally in South Boston, MBTA commuters struggle with the whole “bus situation” weekly with overcrowding and not enough buses. You’ve seen the lines, right? You can read about it here.

Back in May, officials from the MassDOT and the MBTA launched the MBTA’s new draft network map as part of Bus Network Redesign. It was revealed that there would be some changes to the #7, #10 and #11. And the neighborhood went nuts.

U.S. Sen. Ed Markey and U.S. Rep. Ayanna Pressley are calling for MBTA commuters to get a free ride! Via a joint-statement, both elected officials are asking that all subway lines and bus lines be free during the 30-day Orange Line shutdown to make up for the aggravation.

Travel Alternatives via the Globe

Looks like it’s gonna be a cruel summer (and fall) when it comes to commuting on the MBTA. What do you think?