We’ve all heard about inspirational and uplifting messages and images painted on rocks left for people to find.  You’re out for a walk and you come upon a rock with a heart painted on it or just a word like “hope” and you feel a little bit better about your day.  During the current state of the world, it would nice to be come across those types of rocks.  Well, not in Southie.

Residents have found these rocks -placed on stoops in neighborhoods that read “RIP Southie” and “Southie is Dead 1804-2019.”  (We must have missed the funeral.) 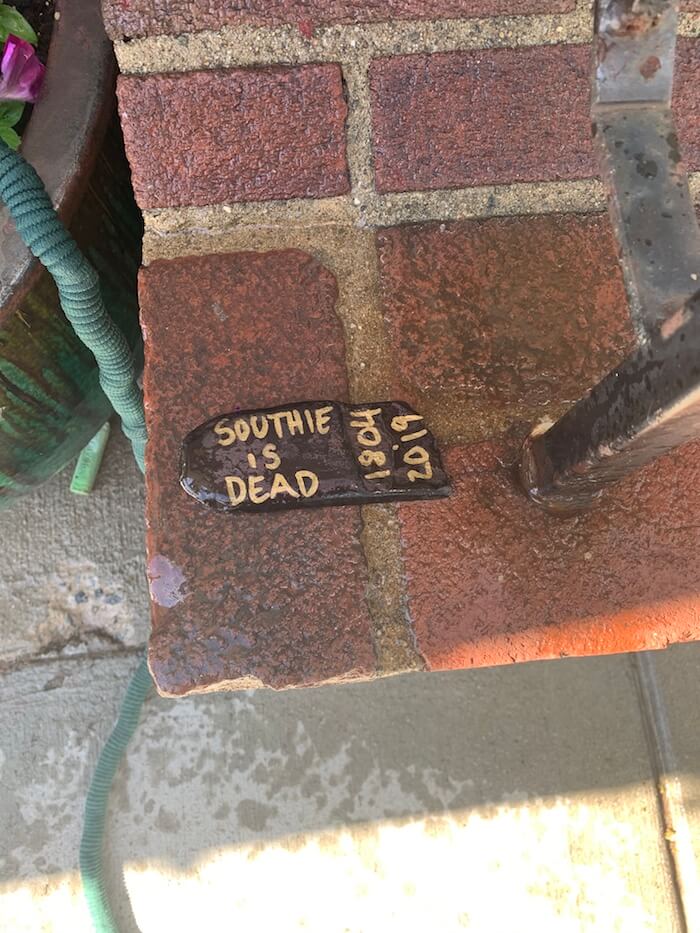 What do they mean exactly? Is it an old Sicilian sign? Is it the equivalent of the found tiki idol in the Brady Bunch episode where Greg loses the big surf contest in Hawaii? Are the part of a propaganda campaign symbolizing the death of a neighborhood due to gentrification? Are they public art?

The same message as one of the rocks was also found in the form of a sticker on the side of a mailbox. Hmmm….

Whatever these rocks/stickers are, they are popping up in Southie.  Have you seen them?  Let us know!  Email [email protected]

CIS has a crack group of investigators on the case.  More to follow.