Once again…the power is out in South Boston

On Tuesday night, crews worked through the night to restore power to the K Street neighborhood. Trucks were still on scene on Wednesday morning. Eileen Murphy posted the action on social media: 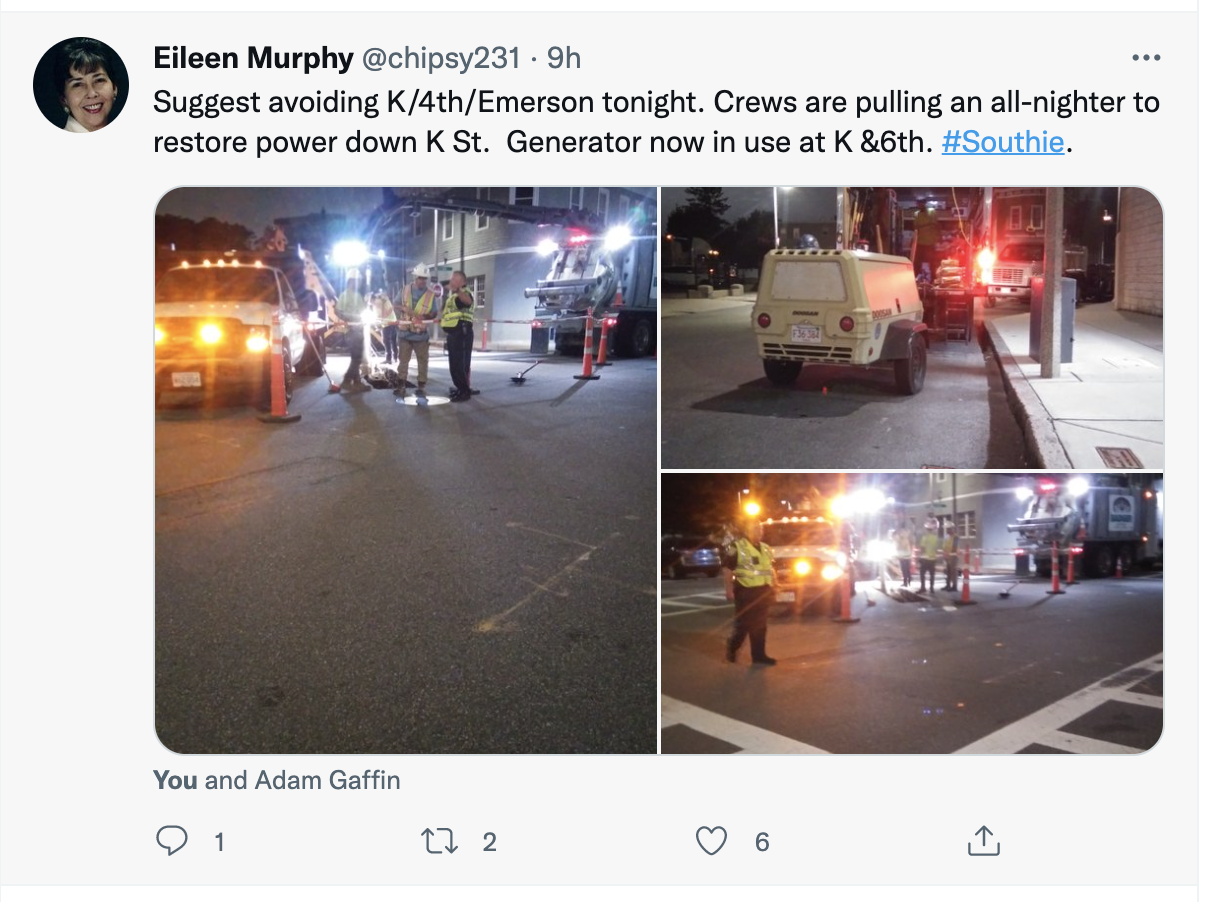 Luckily for those without power, the temperatures have dropped into the 60′ with a high of 75. Relief from the heat is here!

Eversource’s power grid has been struggling this summer.  On Monday night, over 1000 residents in Southie’s City Point neighborhood, once again lost power during a heat wave.  Remember it happened back in July with 200 residents losing power for 24 hours?

Power went off and on in in City Point all night long.  Some homes are still without power. Good grief.

In South Boston, residents have received messages from Eversource stating that they are still actively working in the neighborhood and expect some power outages on Tuesday. 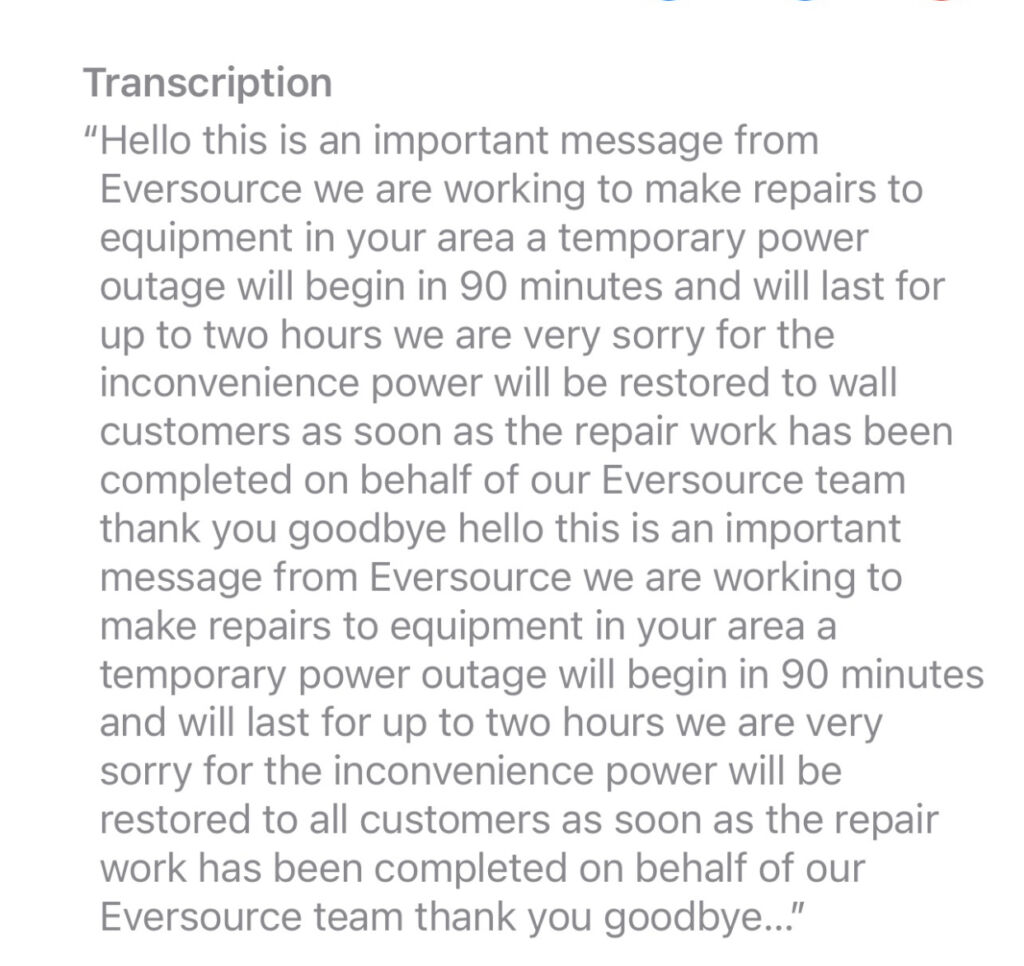