BOSTON – Last week, Boston City Councilor Ed Flynn held two hearings at the Council; one aimed at pedestrian crossing signals and traffic calming, and another on transportation network companies (TNCs), such as Uber and Lyft, operating in Boston. These hearings brought together city officials, advocates and residents to discuss matters relating to public safety, enforcement, infrastructure, congestion and our transportation system.

The hearing on crossing signals and traffic calming was held November 18th and chaired by Councilor Michelle Wu. Councilor Flynn discussed continued work with the Boston Transportation Dept. on infrastructure improvements such as speed humps, raised crosswalks, road diets and rapid flash beacons as ways to ensure pedestrian safety. Councilor Flynn highlighted the need for slower speeds and enforcement from the Boston Police Dept.  He also called attention to resident concerns about pedestrian signals that allow for crossing the street at the same time that vehicles have a signal to turn at an intersection, which could potentially be unsafe for pedestrians. Other councilors, residents, and advocates all spoke about these issues, as well as the urgency to implement measures that would help keep pedestrians safe.

The hearing on Transportation Network Companies (TNCs) (Uber/Lyft) took place on November 19th, co-sponsored by Councilor O’Malley and also chaired by Councilor Wu. Data from the Department of Public Utilities (DPU) show that there were more than 42 million rides in Boston in 2018, or over 115,000 rides per day. This additional traffic exacerbates congestion, creates safety issues related to speeding and double parking, as well as environmental concerns. Administration officials testified in regards to pilot programs on pick-up/drop-off spots, as well as pending legislation at the State House that would raise fees on TNC rides to allow the city to utilize funds for infrastructure improvements. Issues around accessibility of pick-up/drop-off spots for TNC rides for persons with disabilities was also discussed, as well as the need for better data sharing between TNC companies and the City of Boston.

“Pedestrian safety and traffic congestion are two of the most important issues that affect the everyday lives of our residents, “ said Councilor Flynn. “Thank you to the panelists, officials, and residents who testified at these hearings. It is critical for our city to remain focused on traffic calming through infrastructure improvements, slower speeds and enforcement. It is clear that we also need better data sharing with TNCs so that we can implement policies to address concerns regarding traffic, public safety, the environment, and consumer protection.” 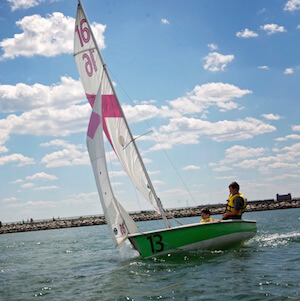