This past Wednesday evening, over 100 residents gathered at the Condon School to discuss the process of redrawing council district lines. South Boston elected officials are less than pleased with one redistricting map in particular. City Councilor Ed Flynn send out a press release announcing the emergency meeting earlier in the week.

The Boston branch of theNAACP, Urban League, Victoria Williams, the Ward 12 Democratic Committee Co-Chair, MassVOTE, Chinese Progressive Association, Chinese Progressive Political Action have come up with their version of what city’s political boundaries should look like.

The map was filed by Councillors Liz Breadon of Allston-Brighton and Ricardo Arroyo of Hyde Park. 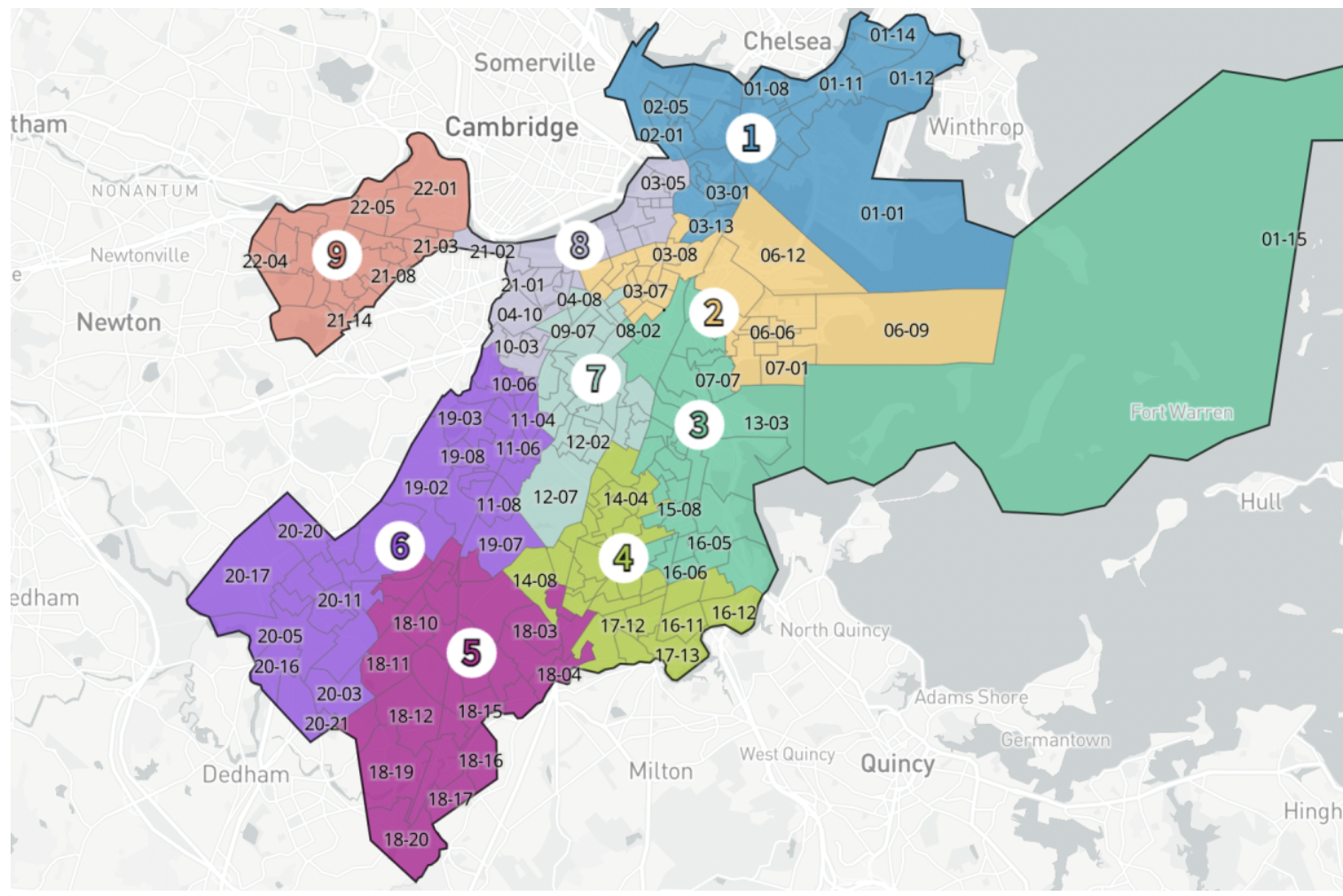 This map – in addition to at least one other map – will divide the neighborhood of South Boston into two districts.  Currently, City Council President Ed Flynn represents the bulk of the neighborhood  (District 2) and Councilor Frank Baker represents one all-Southie precinct along with his majority Dorchester district (District 3).

Under the new NAACP map – which some are referring to as the “unity” map, Baker’s district would gain at least four more South Boston precincts. According to the Boston Globe, residents are concerned that under that plan Southie’s most vulnerable voices would be silenced.  Two public housing developments (Anne Lynch Homes at Old Colony and West Broadway Development) would be divvied up between the two council districts District 2 and 3.

South Boston neighborhood associations leaders were allowed to speak to express the concerns which included removing the most diverse section of South Boston from the district.

“Public housing is the most diverse section of the South Boston neighborhood. What they plan on doing is separating the minority community from the rest of South Boston. And they call this progress?” said Kevin Lally from the Gate of Heaven Neighborhood Association.

Flynn interjected and stated that no one on the council is racist.

The Globe also reported about a very heated exchange between City Councilor-at-Large Julia Mejia and a resident attending the meeting while Mejia was addressing the crowd in Spanish and the man yelled, “Get on with it!”

“When Mejia told the crowd that was “English is my second language, OK,” the heckler retorted: “No, not OK. Get on with it.” Yelling between Flynn and the heckler ensued. (The heckler later apologized to Mejia after the meeting.)”

The “unity” map is  just one of many maps that have been filed with the City of Boston over the last week or so.  The deadline is quickly approaching for a final map to be approved by Mayor Michelle Wu and become law by November 7th – a year before the 2023 municipal elections.  It is expected that the city council will vote take place this coming week.  You can see the other proposed maps here.