A Shoveling Act of Kindness in South Boston

In light of all the negative situations being reported about space saving battles, it’s refreshing when a story like this comes along!

Fort Point resident Beth Snow Foster’s car was parked on Melcher Street near Summer Street when the first blizzard of 2022 fell.  The 24 inches buried her car completely. Even though Beth’s middle name is  Snow – she struggled to free her car from the mountain it was hidden beneath. 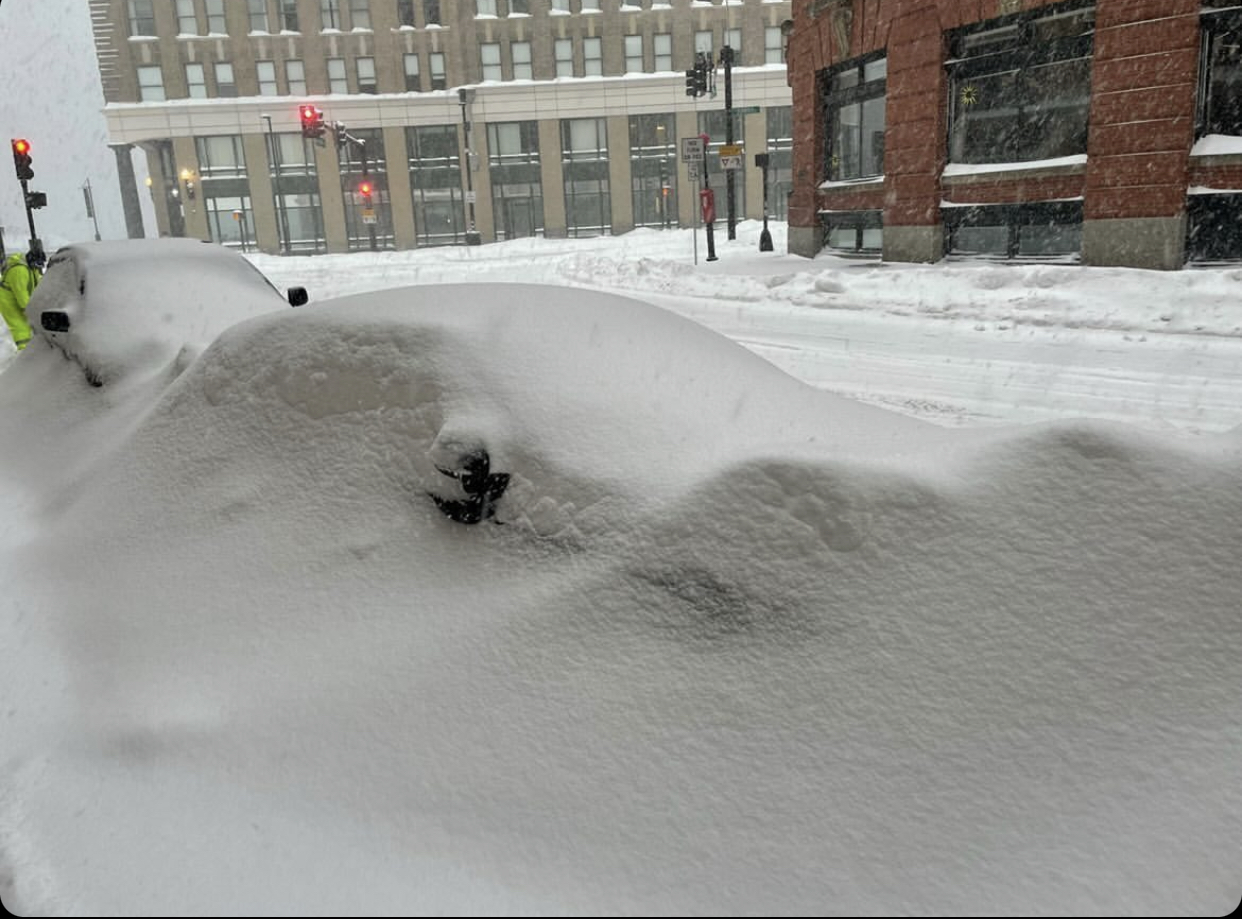 A few days later she discovered this note: 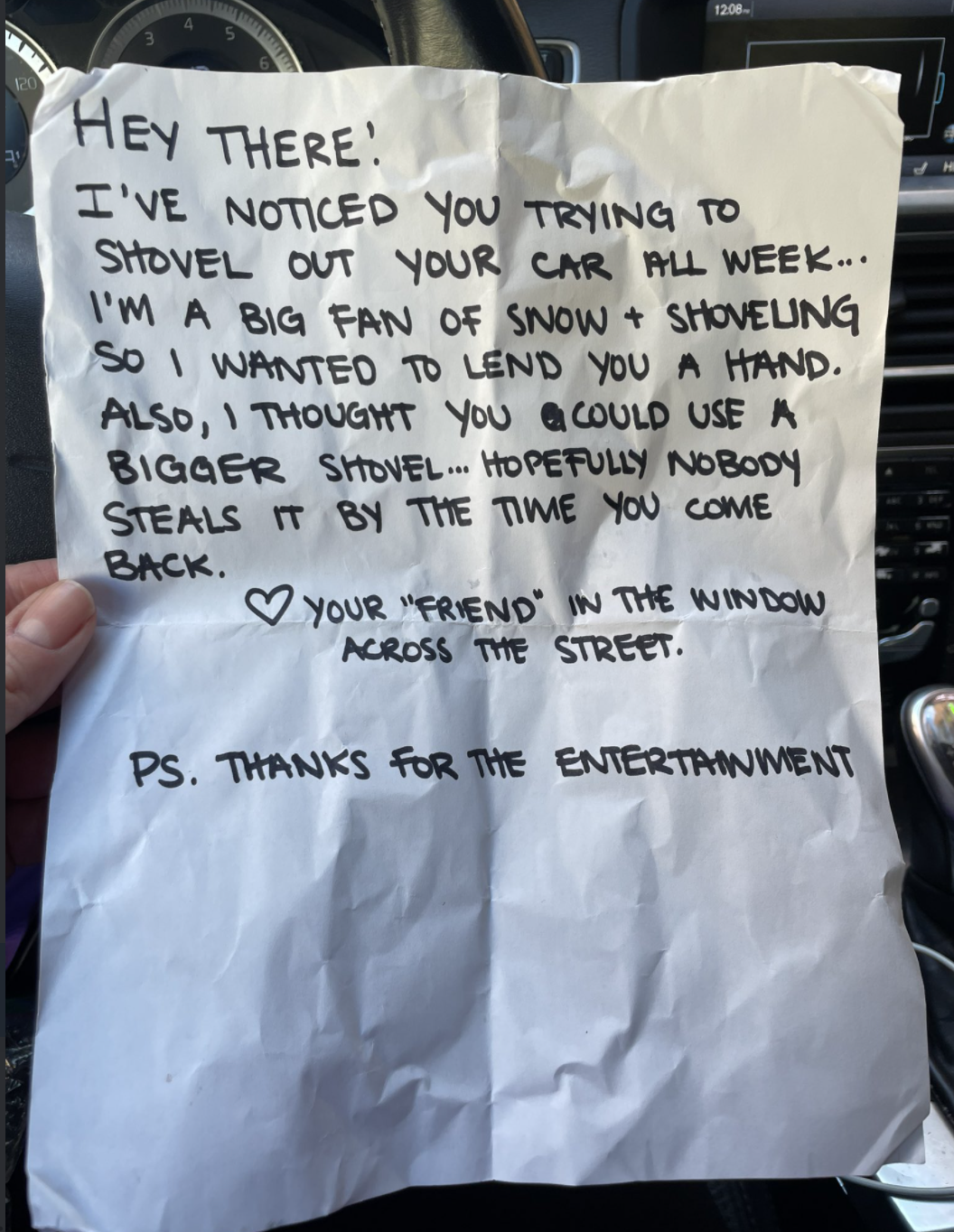 A neighbor had noticed that Beth was having a hard time shoveling and decided to lend a helping hand and shoveled out her car. Not only that, but the kind stranger left a bigger shovel to help with future snowstorms.

Beth posted the note on social media in hopes to find out the identity of the stranger so she could thank him or her. This random act of kindness made her laugh “after a week of struggling in the snow.”

Within a few hours – the stranger had revealed herself and reached out to Beth via Instagram.  She works in one of the offices on Summer Street and the windows look down on Melcher where she watched Beth as she attempted the daunting task of shoveling out her car…for days. Finally, she could not longer watch and  on Wednesday shoveled out Beth’s car for her – sort of like a shoveling fairy.