UPDATE July 8th: The building has been torn down

We knew it was only a matter of time. Last spring, we reported that a new 6-story development was proposed to replace the building at 71-75 West Broadway – where Mul’s, the legendary breakfast spot resides.  The City of Boston’s Zoning Board of Appeals approved the proposal on June 11, 2019.

On May 18th, the developer filed an application to demolish the structure.

We will post each Demo Delay application to provide the public with information about proposed demolitions as early as possible in the Article 85 process. BLC staff has 10 days from receiving an application to make a determination about historical, architectural, cultural, or urban design significance.

If you have input about the significance of this property, please send your feedback to blc@boston.gov before 5 p.m. on May 28, 2020.

Back in January of 2019, Mul’s sister restaurant – the iconic South Boston landmark – Amrheins was under agreement with City Point Capital for development. 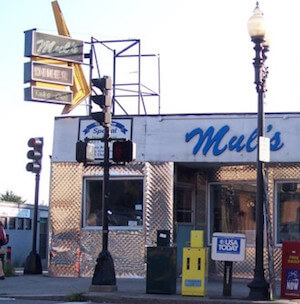 90 Day Delay of Demo for Gate of Heaven School