Back in April, Southie came together to wish Ottavio a 101st birthday, alongside his sister Yolanda (a Coast Guard vet who turned 100 this summer) and the residents and staff of Compass on the Bay. Affectionately known as Ott, the Memory Support Assisted Living community celebrated with a giant cake along with well wishes from the community including members of the BPD, BFD, the Fitzgerald Post, local elected officials, friends and family! 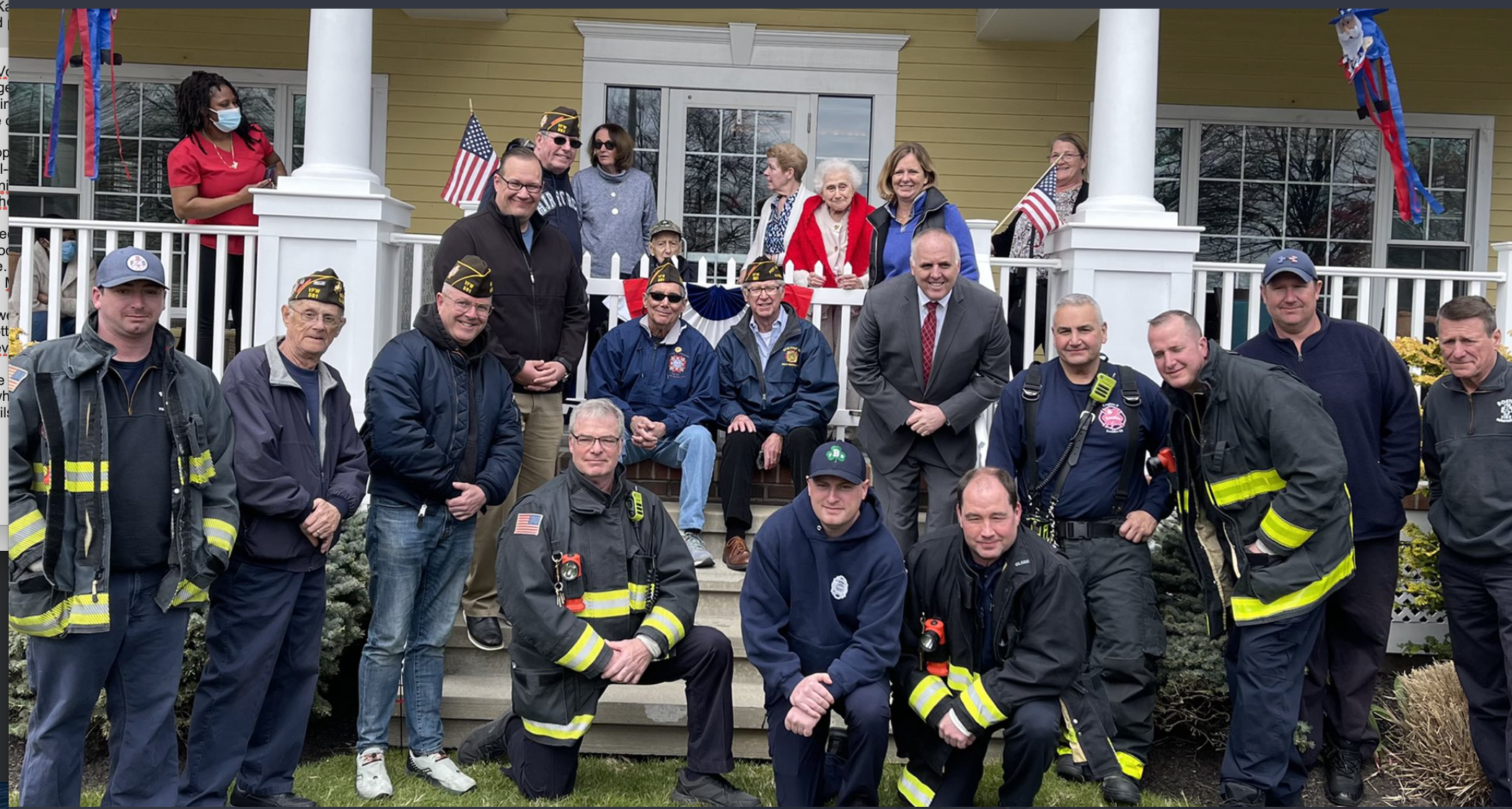 Keep Ottavio and his family in your thoughts and prayers! He was an impressive man who touched many lives.

Mr. Cerullo attended East Boston High School and was a lifelong resident of East Boston.  Ottavio entered the Army when he was 18 years old.  He was stationed over in Japan during WWII.  During his time in the Army he earned a number of medals, and he was a double Purple Heart recipient.  Ottavio taught shop at East Boston High School for many years.  He and his sister Yolanda lived together in their family home and they were the closest of friends.  He enjoyed gardening and taking care of his home.

Cherished son of the late Antonio and Maria Cerullo.  Loving brother of Yoland Cerullo of East Boston and the late Carmen and Joseph Cerullo.

Relatives and friends are respectfully invited greet the family during the visiting hours on Tuesday 9-10 AM in the Keohane Funeral Home, 785 Hancock St., QUINCY, followed by his Funeral Mass in St. Ann’s Church, Quincy at 10:30 AM.  Burial in Woodlawn Cemetery, Everett.