Kathy Curran of NBC10 Boston is reporting that a report from January shows the state and city were aware of the issues with the light poles on Moakley Bridge.  Make sure to follow Kathy for the latest! 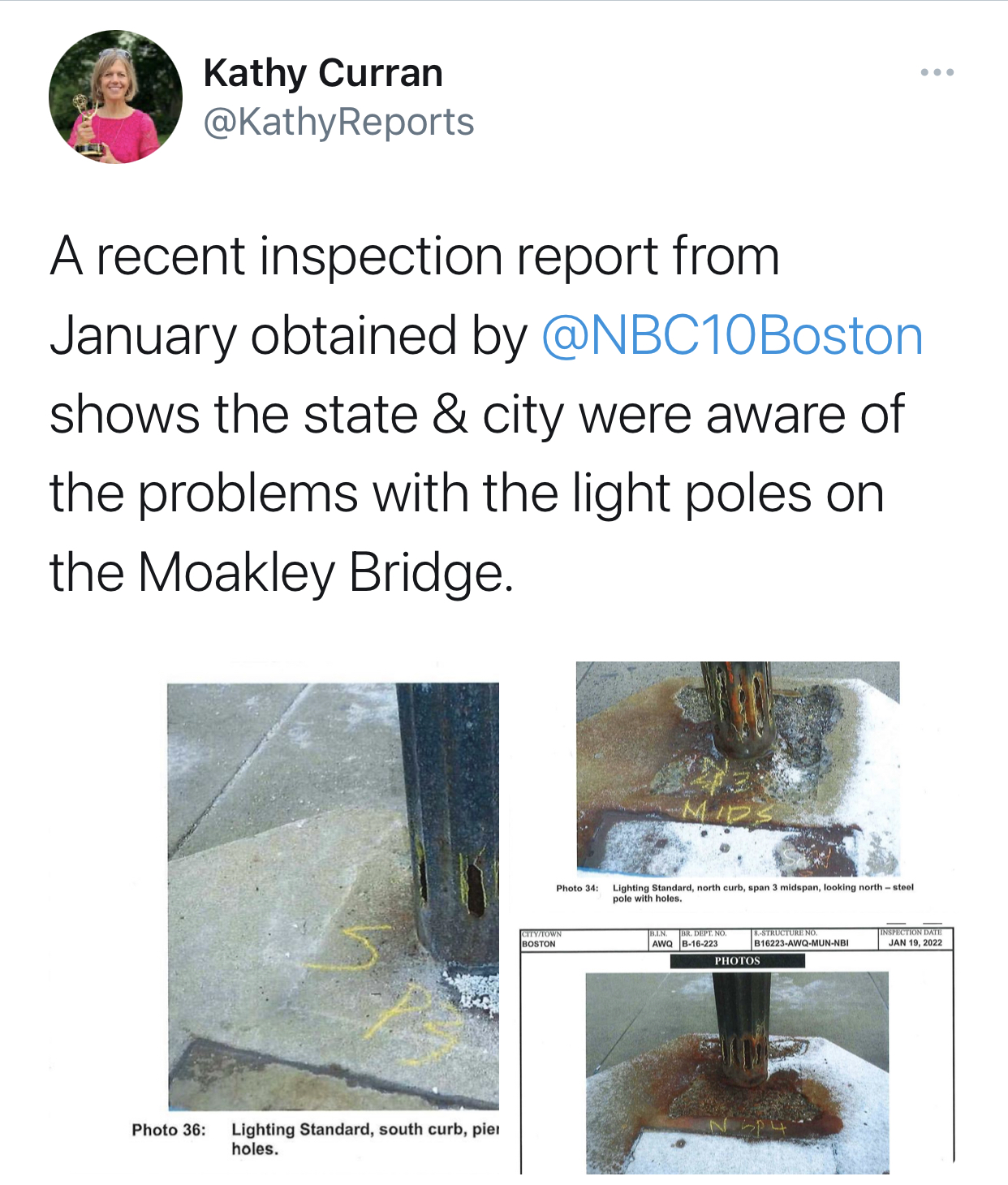 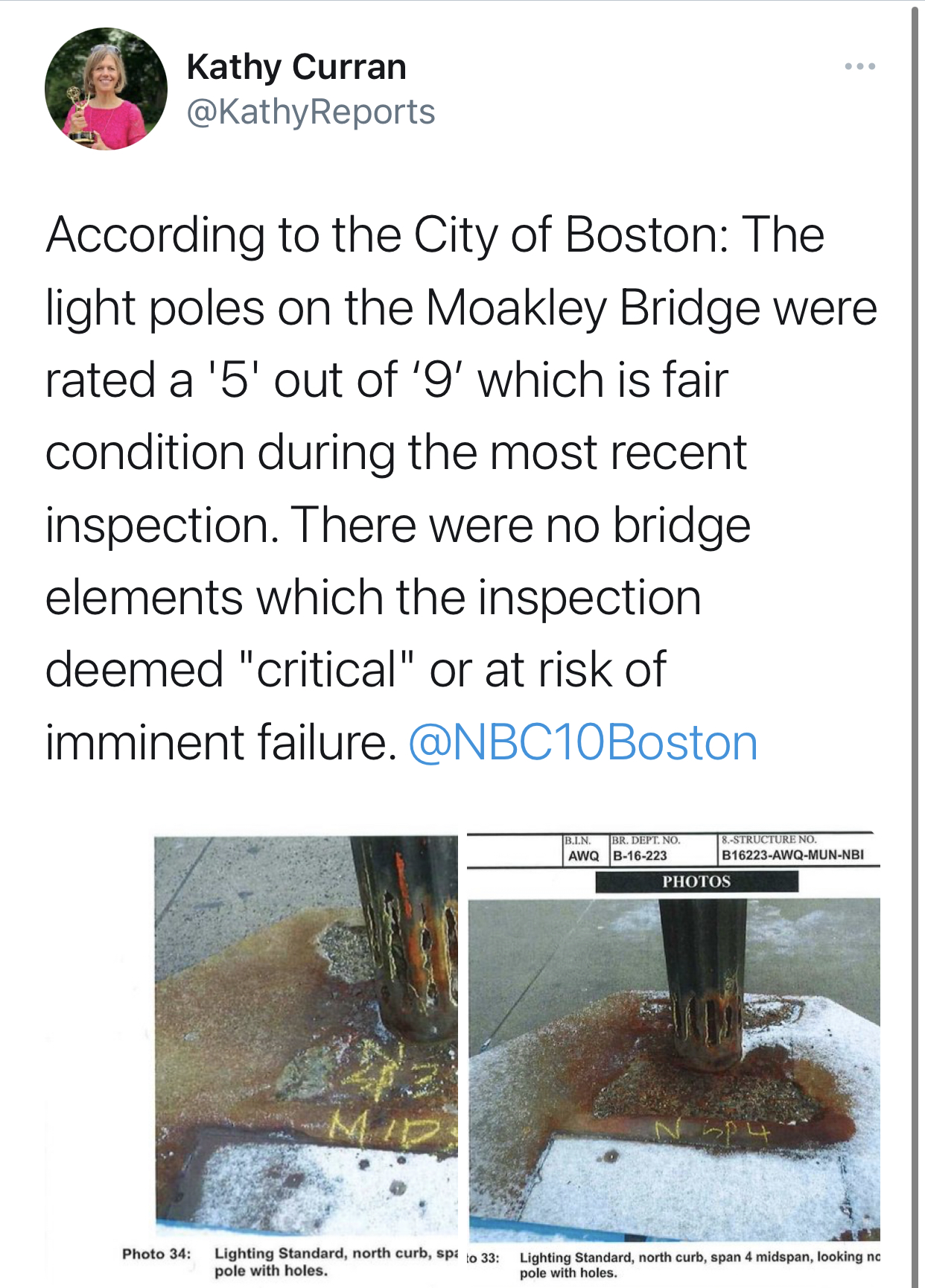 A woman was injured by a falling light pole on the Evelyn Moakley Bridge on Tuesday afternoon.  BPD has shut down the sidewalks on the bridge between Atlantic Ave and Sleeper Street (both ways) to pedestrian traffic.

The woman was taken to an area hospital will serious – although not life-threatening – injuries.  It is believed that the base of the light pole became rotted. City crews removed all light poles that appeared unsafe from the bridge as a precaution. 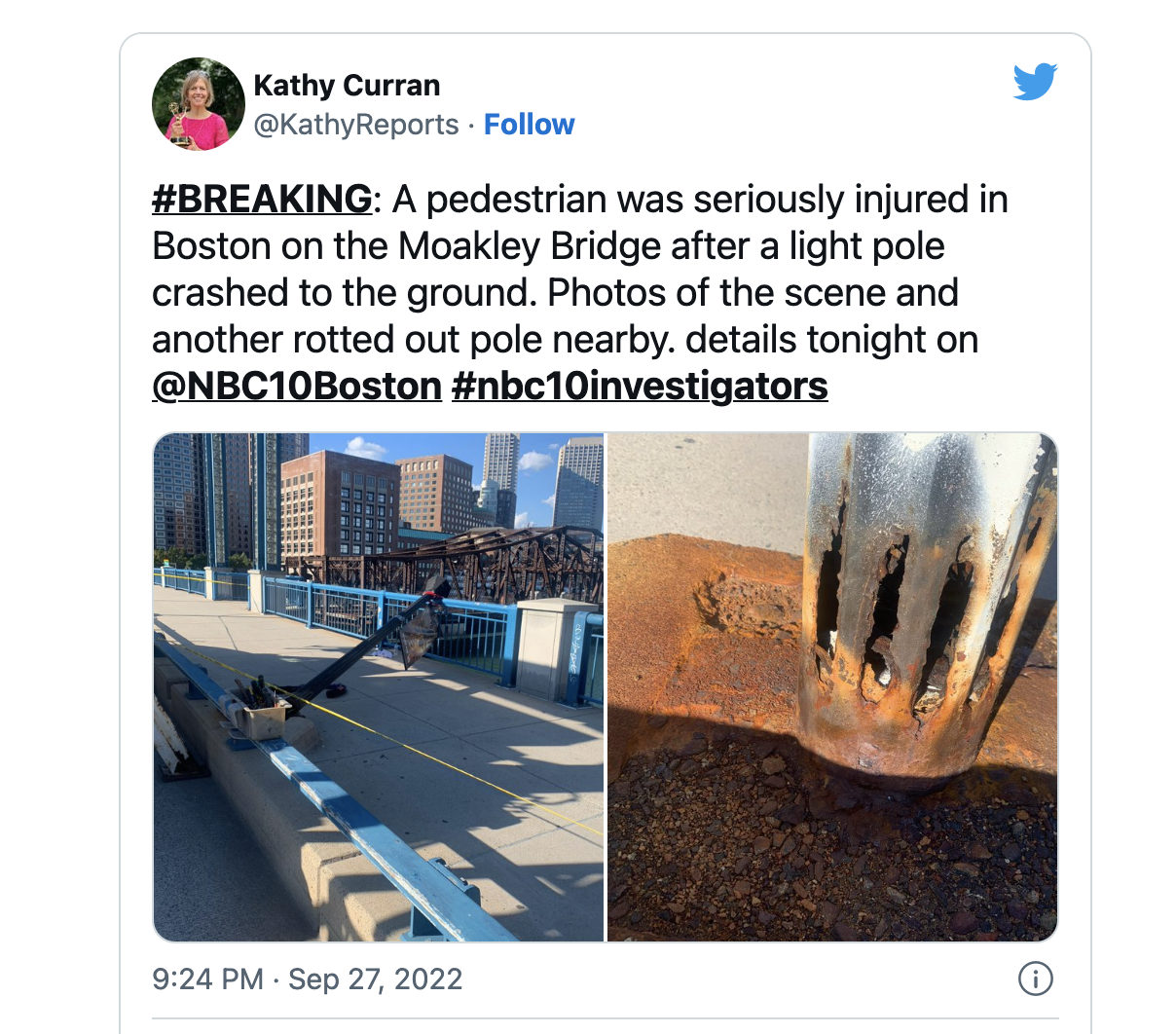