UPDATE: Dorchester man was arrested in connection to a shooting on an MBTA Bus near Andrew Square

A 33-year-old Dason Alves from Dorchester has been arrested and charged with assault & battery with a dangerous weapon and other charges in connection to the shooting of a 60-year-old woman last week on an MBTA Bus near Andrew Square.

According to NBC10 Boston, a  60-year-old woman was injured by a gunshot on an MBTA bus in South Boston around 5:30pm on Friday.

The MBTA Transit Police responded shortly before 5:30 p.m. to report that shots were fired on a bus just outside of the Andrew Square station in South Boston. The woman was found suffering from a gunshot wound to the abdomen.

Transit police believe that “the shooting may have been accidental” and the man in the photo below is wanted for questioning. 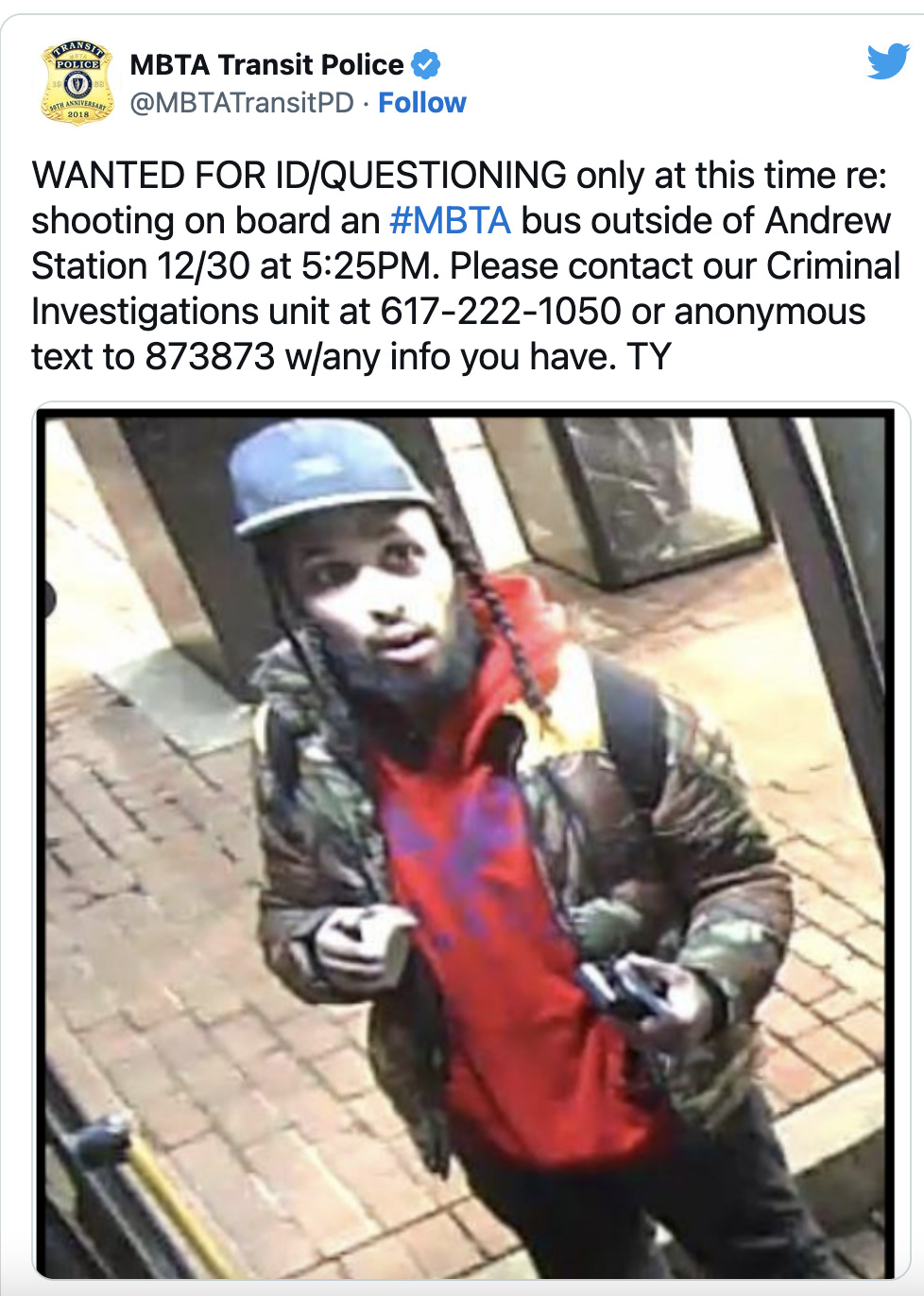 WCVB is reporting that a person was shot aboard an MBTA bus on Friday around 5:30pm.  The victim was taken to an area hospital.

BPD is actively investigating the incident. No word yet, on which bus route this happened.

According to one witness on the scene, the message board on the bus read Emergency – Call 911.