The grisly discoveries continued on Friday as Boston Police found “additional human remains at 838 East Broadway. On Thursday, it was reported that a “fetus or infant” was found in the home’s freezer. BPD did not provide any more details in the press release posted on Friday afternoon other than the Medical Examiner’s office removed the other remains for further investigation.

Fox25 is reporting that the District Attorney’s office says BPD is investigating a “fetus or infant found in the freezer” in an apartment at 838 East Broadway.  It is officially a death investigation. 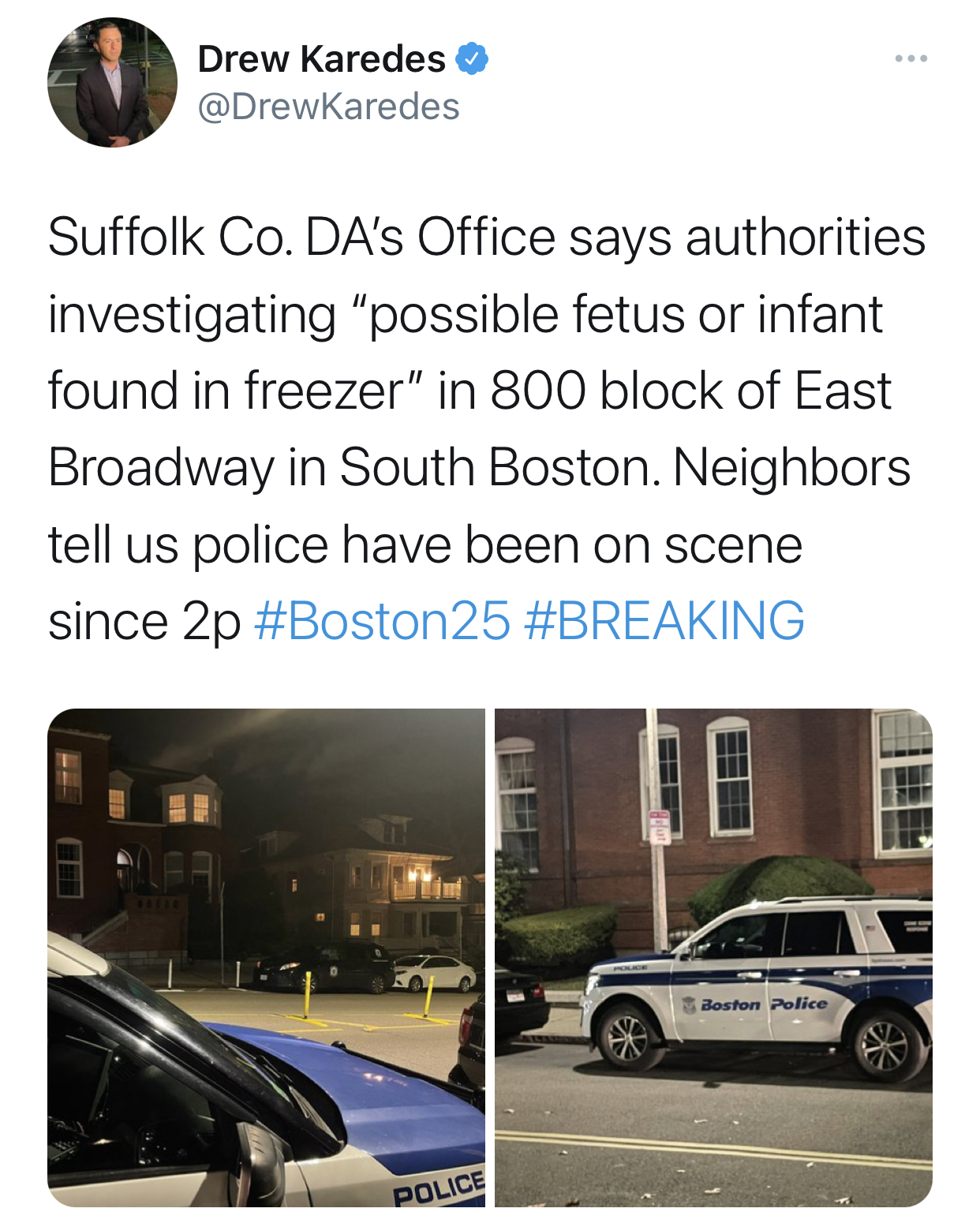 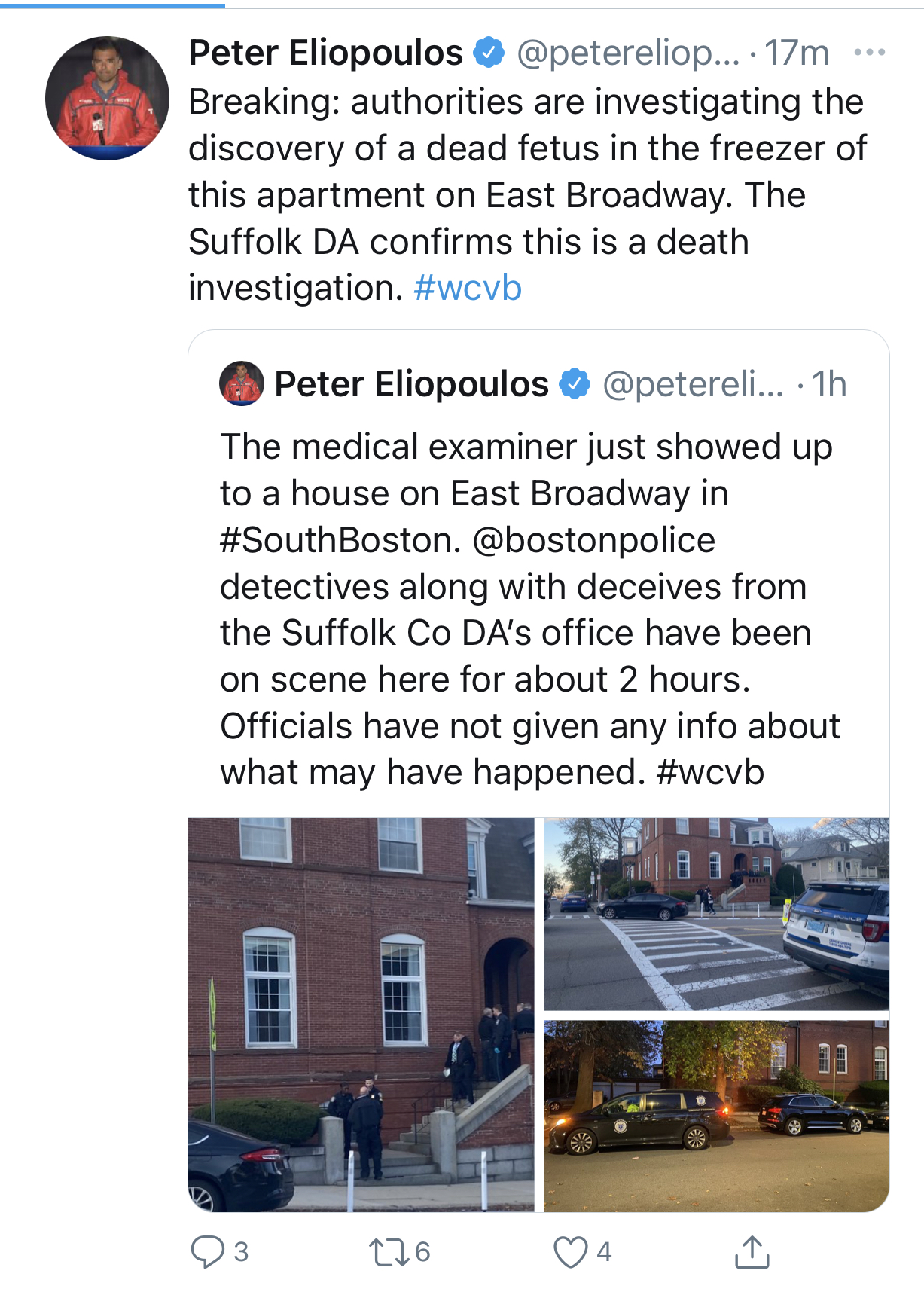 There is a large Boston police presence in front of 838 East Broadway on Thursday afternoon around 4:30pm. No word yet, on what police are investigating, but it’s an active scene involving one of the apartments in the building.  Detectives from the District Attorney’s office and a medical examiner are one scene too. Waiting on details from BPD. 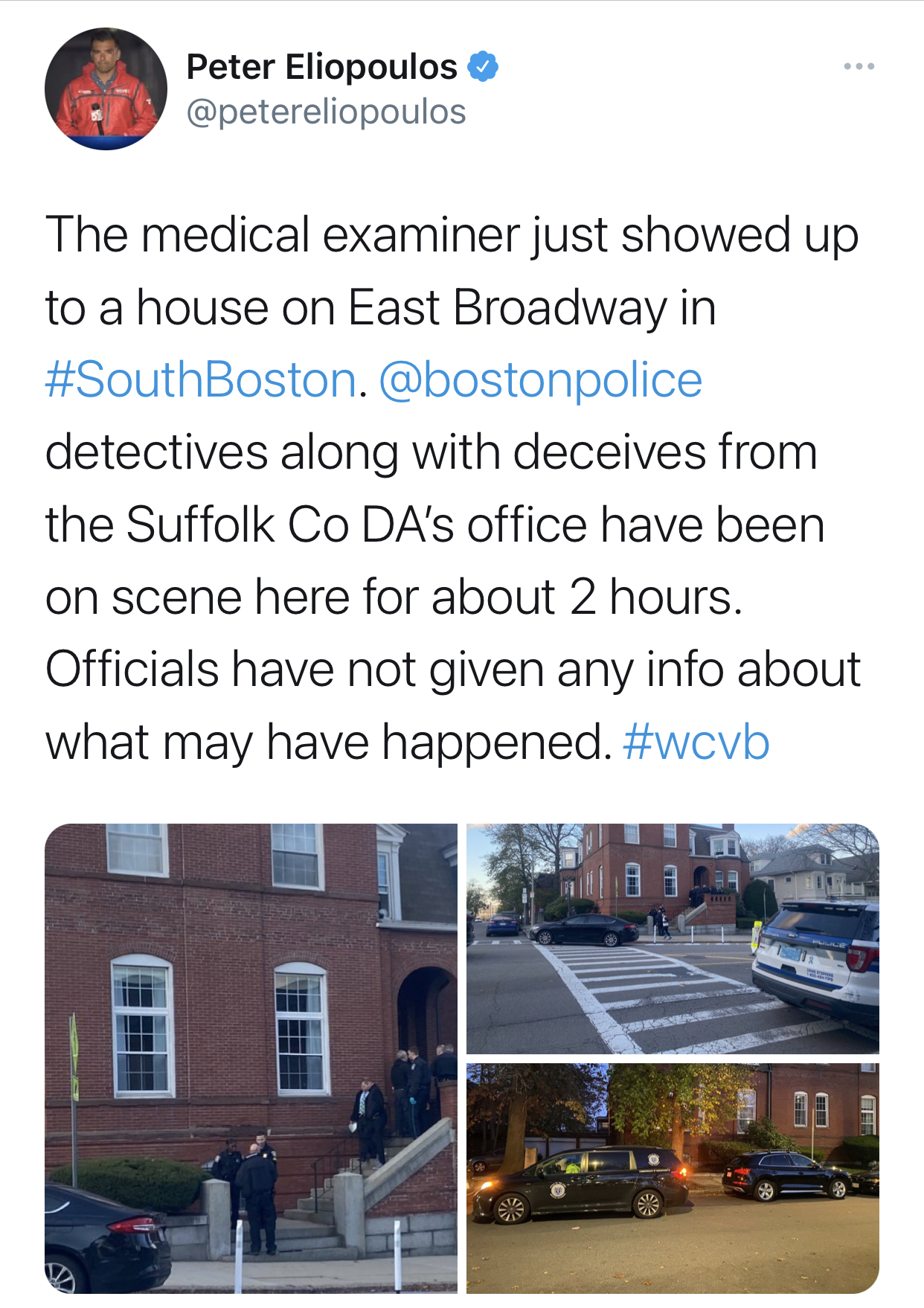