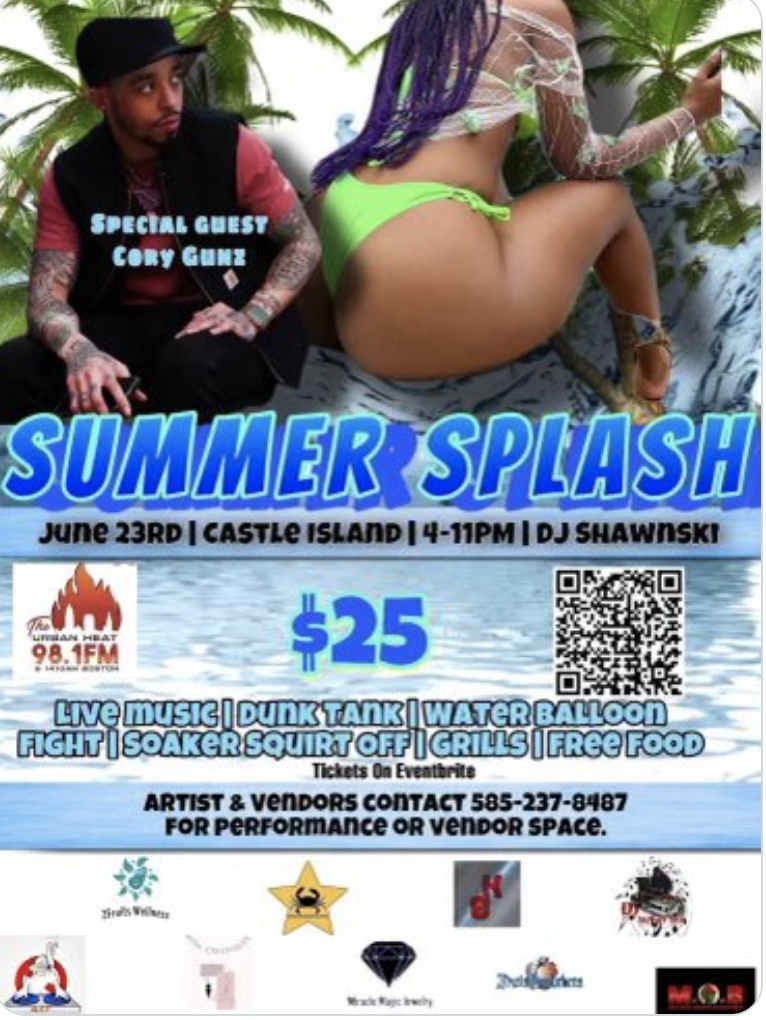 Residents asked – How can the Department of Conservation and Recreation (DCR) issue a permit for a for-profit event? Don’t the traffic gates close at Castle Island at 8pm – how can this event go until 11pm? Castle Island is for family fun – this flyer does not look family friendly.

The event – Summer Splash – scheduled for Thursday, June 23rd from 4pm-11pm – is being advertised for $25 per ticket and will include live music, dunk tanks, water balloon fights, grills, food and fun.  The organizer is selling tickets via eventbrite and is soliciting vendors and artists for the event.

On Tuesday, Senator Nick Collins’ and State Rep. David Biele’s offices began receiving messages about Summer Splash wondering if this, in fact, is a real event.  According to both Collins and Biele, the DCR does not have a permit for the event which the organizer does need.  So it sounds like the event will not be happening. MA State Police have also been made aware of the event too.  For reference, here is info. on DCR’s permitting process. Here are the rules and regulations of DCR property too.

We’re not sure if the organizer realized that she needed permits for the events or not.  We also don’t know how many tickets (if any) have been sold.  What we do know is the neighborhood is not happy about Summer Splash.

Back in 2016, we also had a facebook event circulating for Floatella at M Street Beach.  This event never happened. And let us not forget the event pitch of the year – maybe even the decade – for Fright Island – a spooky world Halloween event for the month of October.

The Fright Island proposal included 3-4 Haunted Attractions, 3 outdoor “scare zones” and “Macabre Village” –  a food court which would serve beer and wine.  Not to mention the Jack-lantern Walk – and “Monster Midway” which consisted of carnival games. This was pitched to the DCR and the DCR was entertaining the idea until the neighborhood went bananas.

After community meetings, letters, emails and phone calls opposing Fright Night, the DCR decided not to approve the permit for the event. Opposition reason ranged from public safety to traffic to the fact Fort Independence is a historic landmark and shouldn’t be used for such an event.

As of Tuesday afternoon, the eventbrite is still active and selling tickets – could this be the Fyre Festival of Southie?  We shall see.