Long before the light-up swings at the Lawn on D, there was the giant anchor down at Marine Park. Was this historic spot the original influencer’s backdrop?

On Tuesday the USS Kearsarge Memorial was rededicated with an official ceremony with elected and government officials, Navy officers, veterans, neighbors and friends in attendance, followed by a US Navy tradition, an ice cream social! 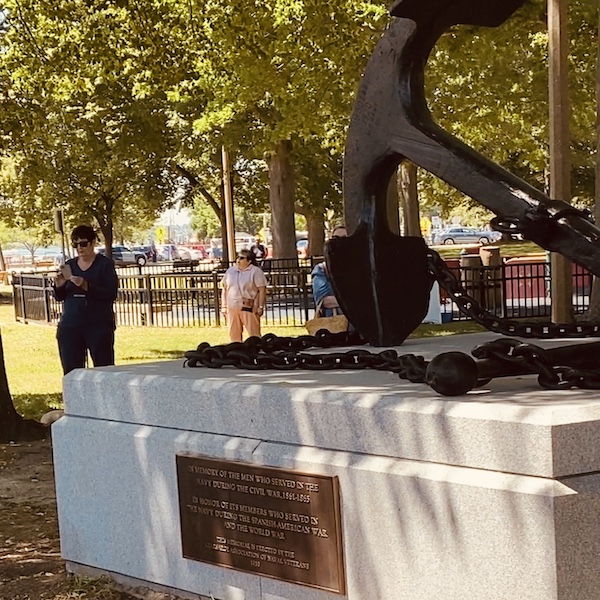 During the ceremony, City Councilor-at-Large and South Boston resident, Michael Flaherty spoke about “the anchor” and the fact that growing up, he didn’t even realize that is was a historic memorial.  The people of South Boston just called it “the anchor.”

On July 19, 1930 the Kearsarge Memorial was unveiled by Boston Mayor James Michael Curley in Marine Park. The plaque that commemorated and dedicated to Naval Veterans of the Civil War, the Spanish War and WWI was stolen.  So without the plaque, many just thought it was a giant anchor.

Kids played upon it, families had picnics near it and many people posed on it – including Jean Marie Sullivan (Walsh).  At age 16, The Record American  (now known as The Herald)  referred to as “Pretty Jean Sullivan, South Boston mermaid” back in the 1940’s. 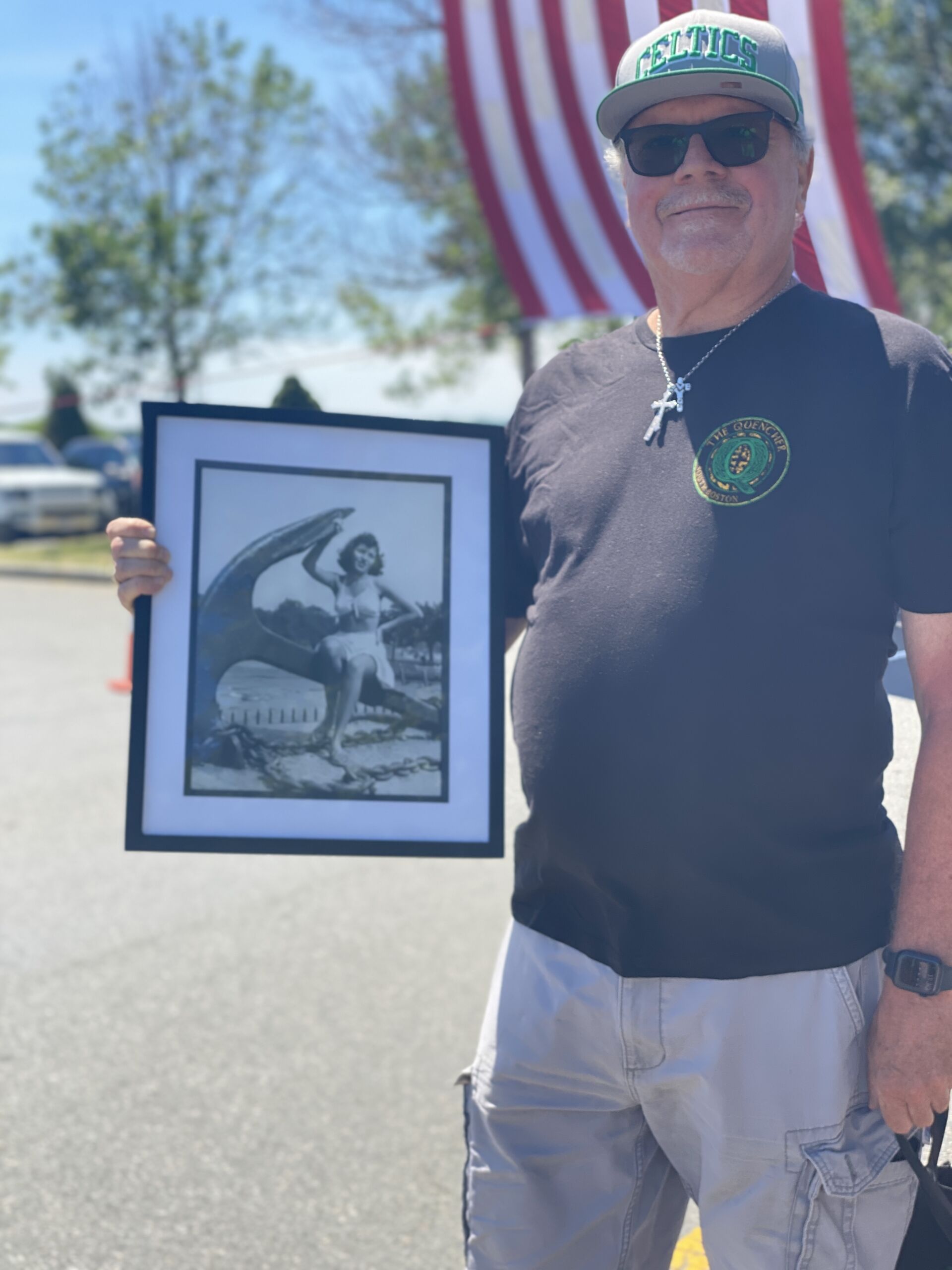 Jean’s son – John Walsh proudly displayed the beautiful black and white framed photo of his mom at the rededication.

The South Boston Allied War Veterans Council, who was instrumental in getting the memorial refurbished and rededicated, posted about the connection of the anchor and the people of South Boston – along with some old photos (below). 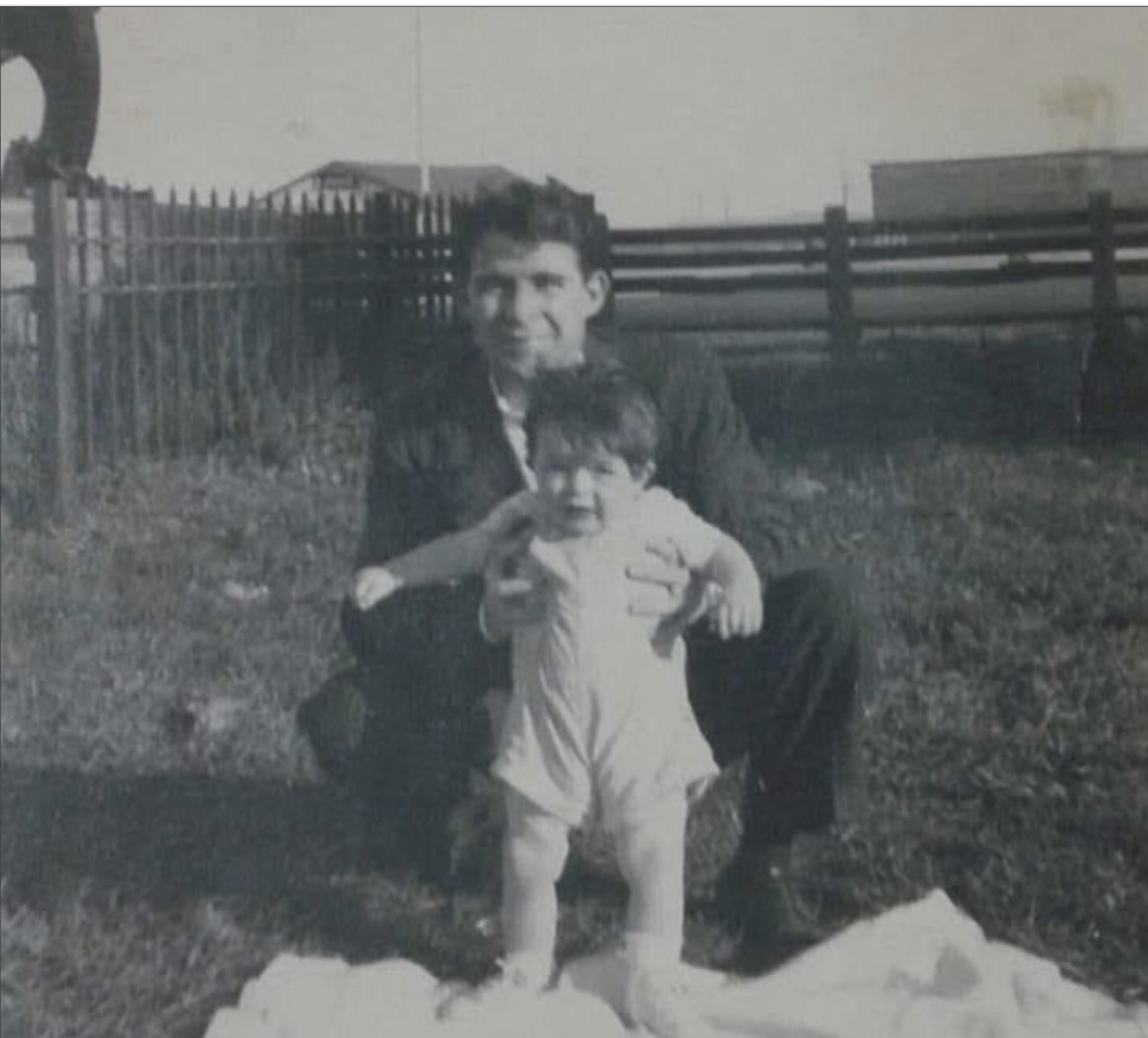 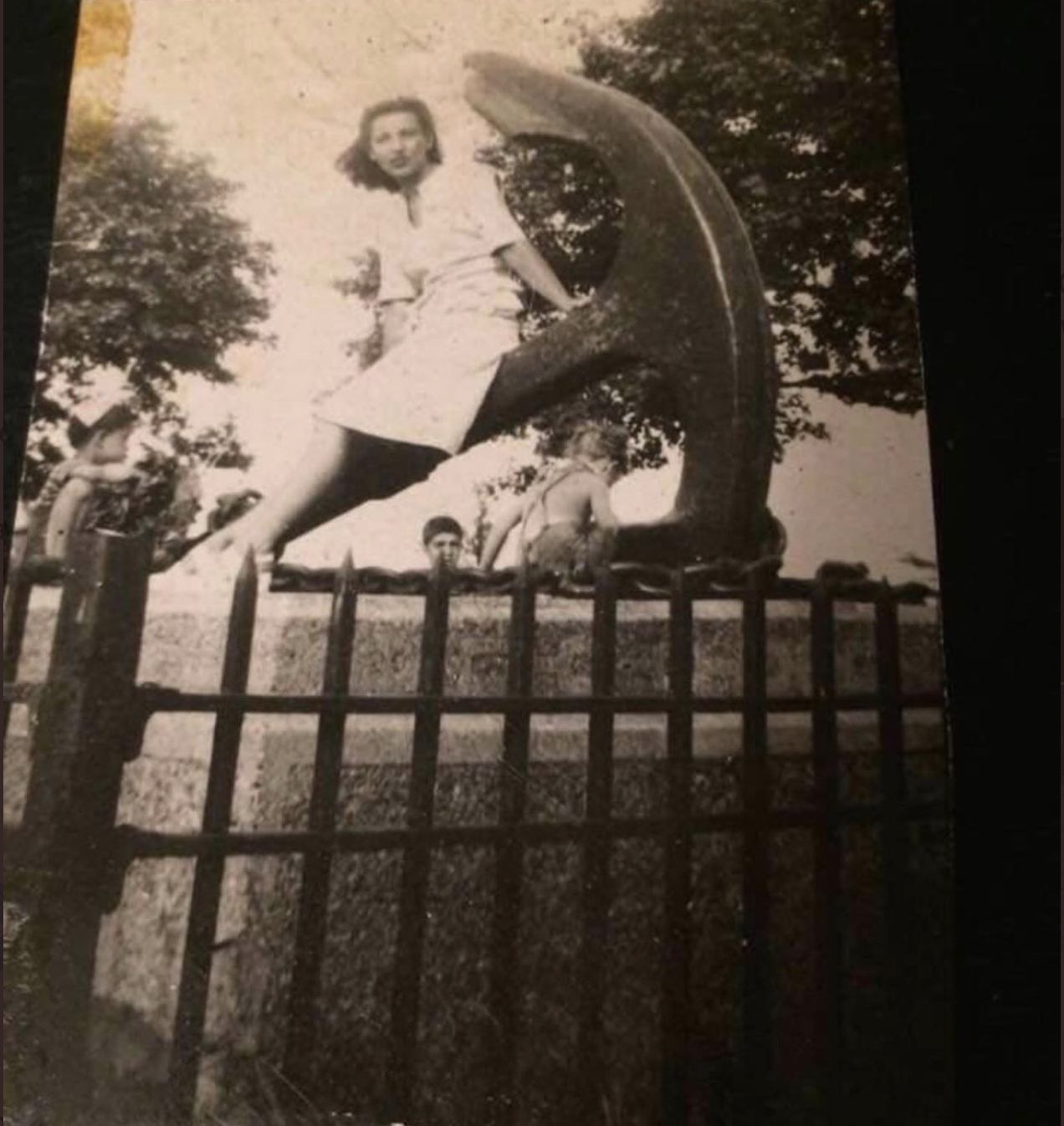 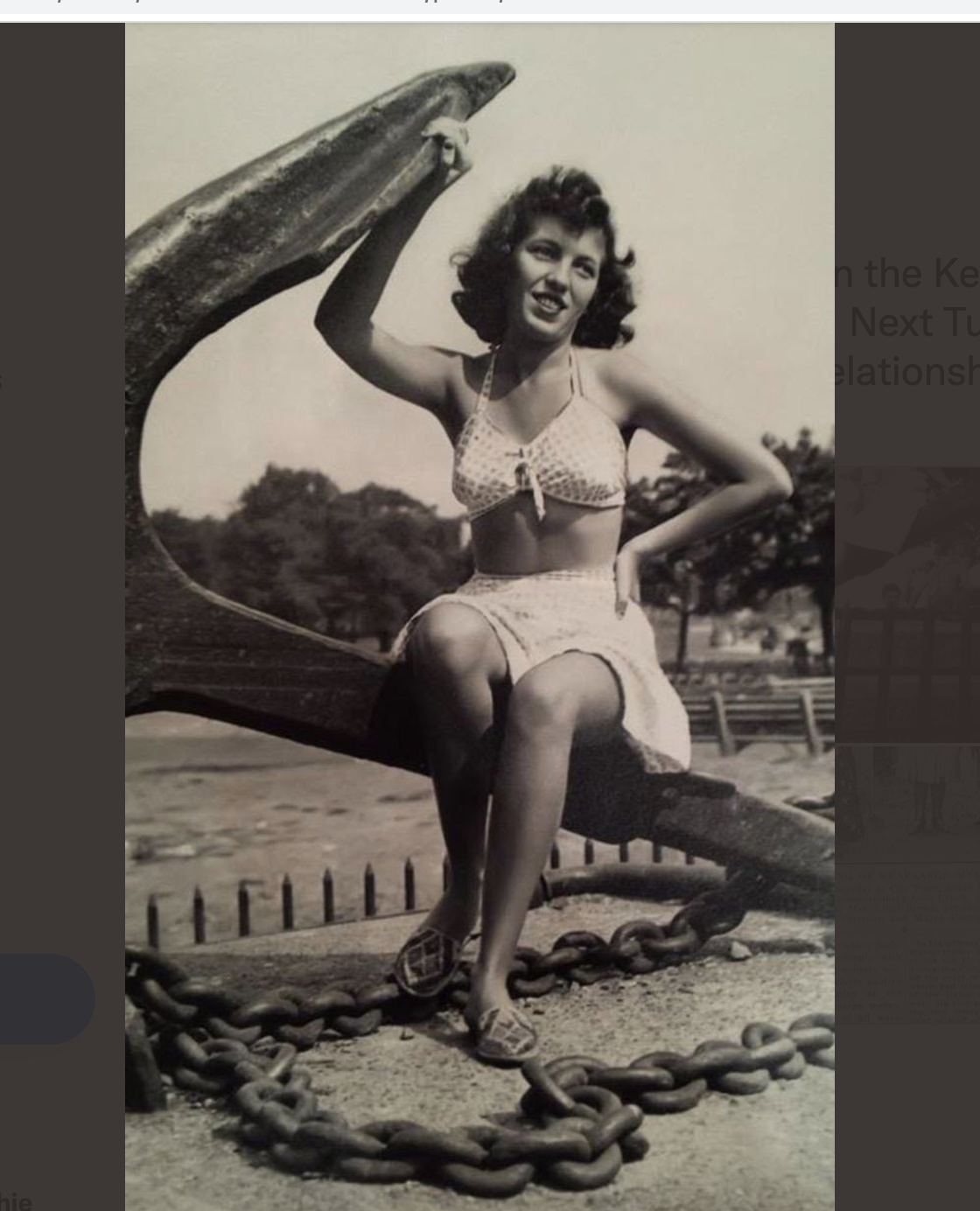 Last June, the South Boston Allied War Veterans Council received a grant for $75K to renovate the memorial – and the Department of Conservation and Recreation (DCR) announced it would match the CPA funds for this memorial!

So stop by and check out the new and improved anchor aka the USS Kearsarge Memorial and take in a little history.

To learn more about the history of the memorial visit here!

Check out our reel of the rededication event here!

You can read the Boston Herald’s coverage of the rededication here!