We knew it was only a matter of time.The City of Boston has been cracking down on unsafe parking practices the past few years.  First it was the area on East Fourth Street between M & N.    Then parking lines and an island (and don’t forget tar island) were added to help with the parking situation in front of the South Boston Post Office.

Back in November, it was revealed that time was ticking for the Triangle of Chaos. Everyone has probably driven by the shit show of cars in the area of Emerson/East Fourth streets near K. Without designated parking spots with lines to guide people parking their car, there is no sense of decorum at all.  It was cars facing Emerson and cars facing East Fourth.  It was cars hanging out into the middle of the street and cars parked in different directions.  It was utter chaos.

Well, flex posts have been installed and you can park outside of the white lines but your CAN NOT park in the area inside of the flex posts.  So there you have it.  We’re guessing that something more permanent will be installed but we shall see.  See below this handy dandy map that Haley Dillon from the City of Boston’s Office of Neighborhood Services. 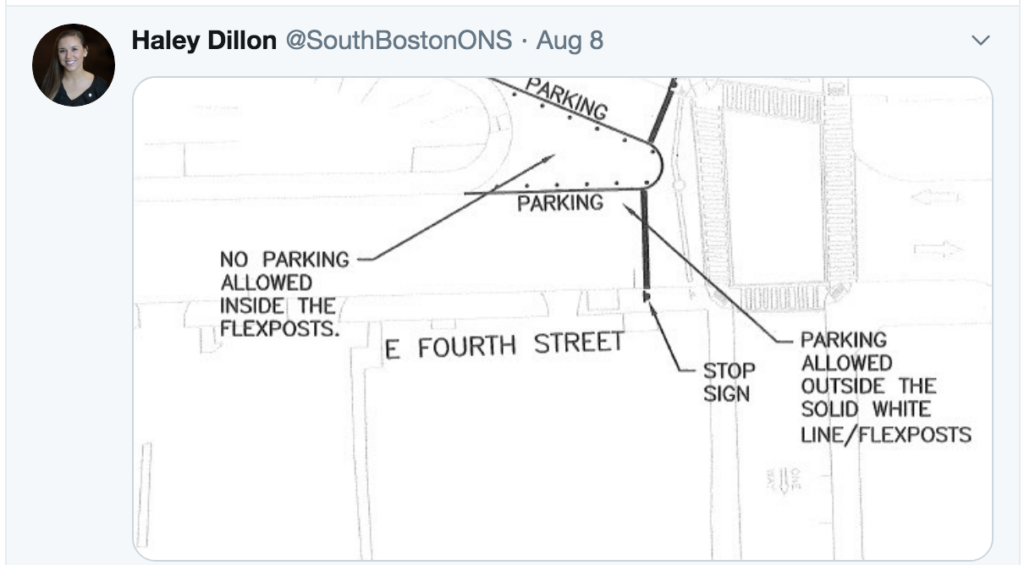