No ride for police: MBTA & UMass no longer provide transportation or staging area

The MBTA announced on Friday that buses will no longer be allowed to transport local police to and from public demonstrations.

“At the direction of several members of the MBTA’s Fiscal and Management Control Board, effective today, June 5, the MBTA will no longer provide transportation for non-MBTA law enforcement personnel to or from public demonstrations on MBTA buses,” spokesman Joe Pesaturo said.

You can read more about this here.

UMass Boston also chimed in and stated that local police would not be able to use their facilities for police staging, parking and deploying.

The Massachusetts State Police responded with the following letter via Karyn Regal from WBZ: 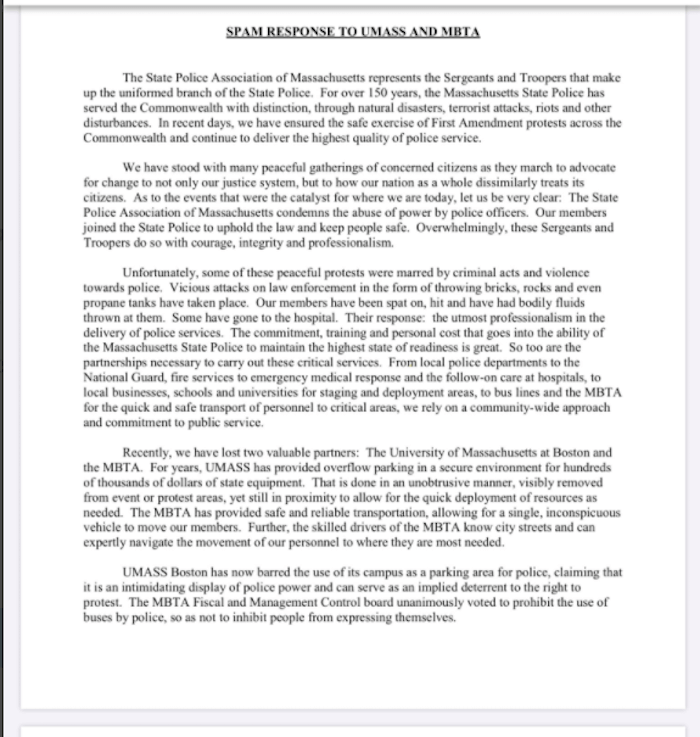 BPD has not released a statement.

Also on Friday, City Councilors Michelle Wu and Julia Mejia have filed a resolution condemning the “weaponization of our transit system” and requesting the T “not to delegate command of transit employees, vehicles” to police. 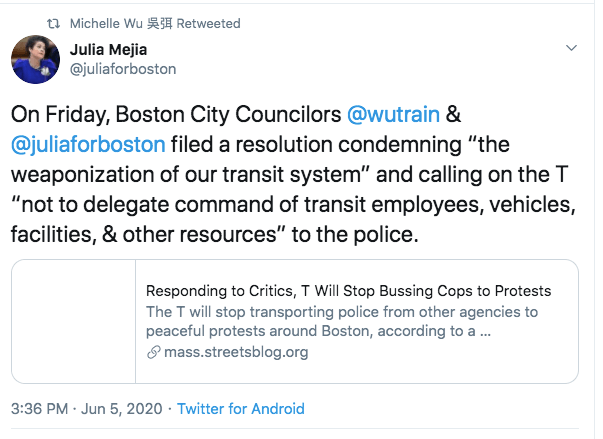