Love is in the Air: Southie Coyote + A Mate

Seeing the Southie Coyote at Moakley Park seems to be common place these days.  It’s his/hers favorite place to chill in the sun, chase some geese and roam the park.  Over the weekend, the Southie Coyote was spotted on Carson Beach (photo above captured by Kaia the Cunucu) in addition to Marine Road, M Street, and crossing the street on East Broadway heading to Medal of Honor Park.

Could it be that the Southie Coyote likes to gets around town? Or could it be more than one coyote? Early Monday morning, not one but two coyotes were spotted at Moakley Park. (photo by Vicky Shen on Twitter.) 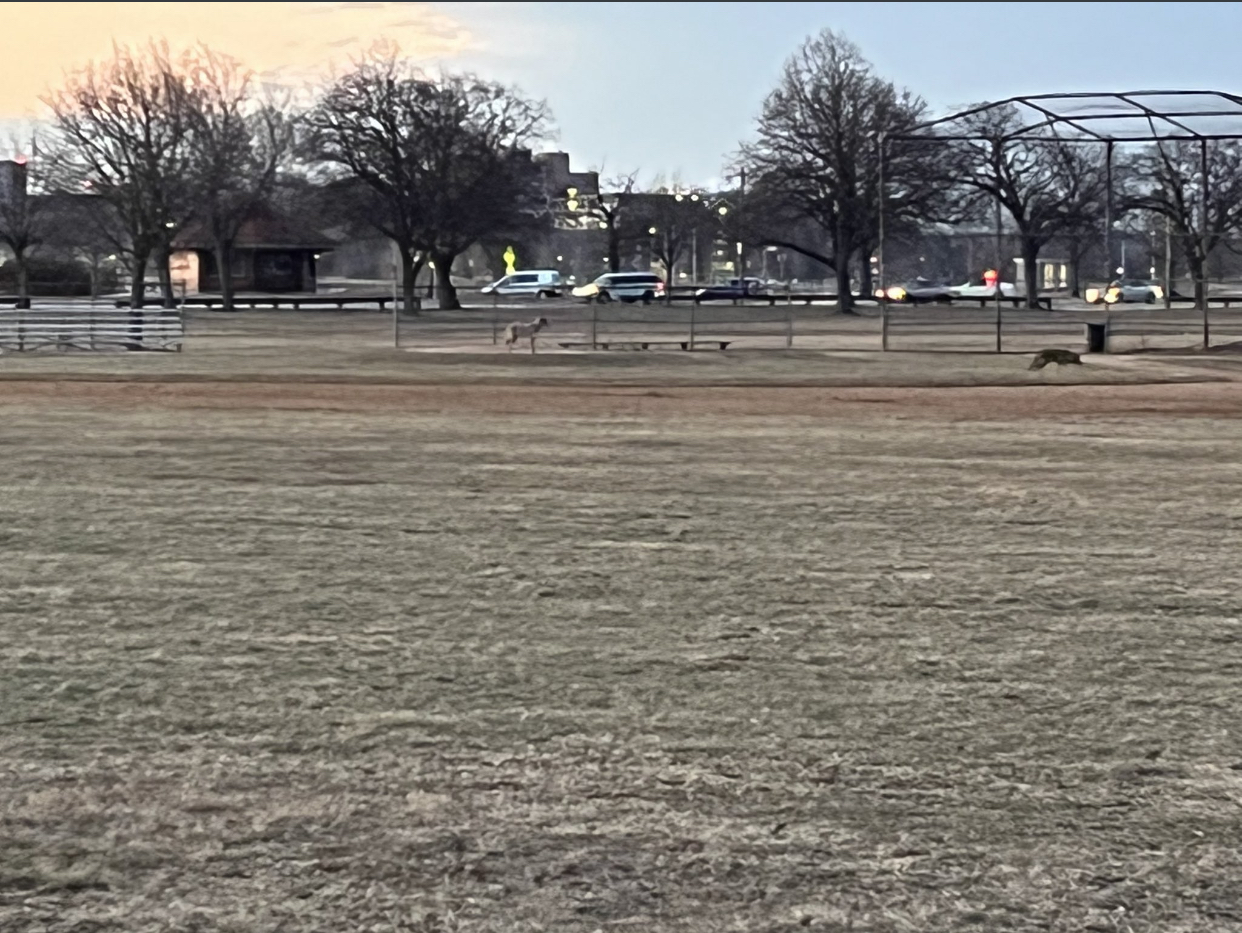 According to MassWildlife, it’s coyote mating season (Mid February – Early/Mid March) so it’s not uncommon to see coyotes wandering around the neighborhood looking for love. During March coyotes will also seek out and excavate their den sites – another reason they could be roaming around eyeing coveted Southie properties.  Most coyotes are  monogamous, remaining paired for several seasons.

In April, after a 60 to 65 day gestation period, the female gives birth to four to seven pups. They weigh about a 1/2 pound at birth and are nursed for about two weeks. When their eyes open, at 10 to 14 days, they also begin eating regurgitated food provided by the father.

As the young grow and become more mobile, the female leaves the den to hunt. There are even reports of offspring from the previous litter bringing food to the pups. The pups are weaned at nine weeks and are hunting on their own by mid-summer.

When the pups are very young, traits emerge that identify one male and one female pup as being dominate over the others in the litter. In the fall, the dominant pups remain in the parents’ territory, while the others disperse. These young, inexperienced coyotes, now on their own, have less than a 50 percent survival rate; cars, hunters, and trappers account for most of the deaths.

Police also warn people to beware – coyotes can be aggressive and like to eat pets – so be aware of your surroundings – especially early in the morning.