BPD Officers Bravely Confiscate Loaded Firearm During the Arrest of Suspect on Gun-Related Charges in South Boston:At about 6:30pm, on Monday, August 13, 2019, members of the District C-6 (South Boston) Neighborhood Drug Control Unit were on directed patrol in the area of Columbia Road and Buttonwood Street in Dorchester after receiving information relative to an individual believed to be in possession of a firearm. The individual was described as a black male wearing a black t-shirt, gray shorts and black-and-white sneakers. In short time, officers observed an individual fitting the description of the person believed to be in possession of the gun.

Upon closer inspection, officers noted that the individual was walking in such a way as if to suggest he was in possession of a firearm as he continued to look around nervously while frequently clutching an object in his waist area. Moreover, officers specifically noted an easily discernible bulge in the suspect’s right hip area and, the fact that, he was wearing a GPS ankle bracelet on his ankle. While surveilling the suspect, officers observed the suspect enter a motor vehicle. At this point, officers activated their lights and sirens and stopped the car in the area of in the area of Columbia Road and Buttonwood Street. While approaching the car, officers observed the suspect hastily bend over in such a way as if to suggest he was trying to hide something. After ordering the suspect to show his hands, officers quickly pat frisked the suspect whereupon a loaded firearm (see photo) was found tucked inside the suspect’s right waist area. 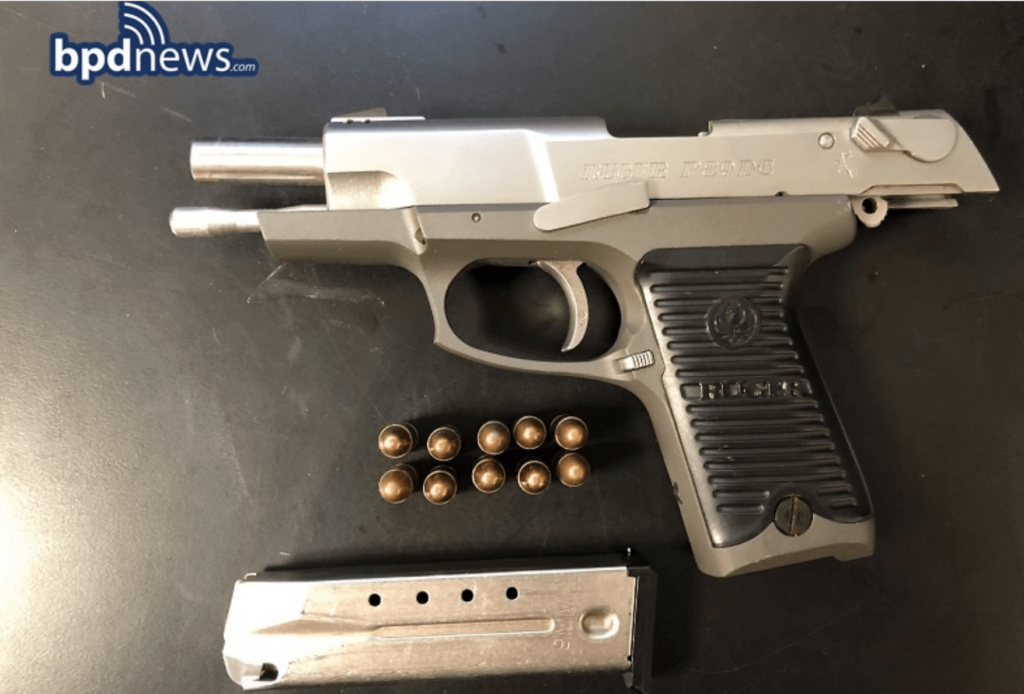 The recovered firearm is described as a 9MM Ruger P89DC.