UPDATE: Hey, what happened to our street cleaning day “deal”?

It has come to our attention it was the Boston Police not Boston Transportation Department that gave out dozens of tickets on Wednesday.  Nevertheless, it’s still very frustrating.

What a dirty double cross!

We all know how “challenging” street cleaning can be.  If you’re parked on the side of the street that’s getting cleaned, you have to move your car or you risk getting a ticket and/or towed. With that being said (or rather, written) finding a parking spot in the neighborhood can be nearly impossible on street cleaning day since half the cars are in the same boat – they need to find a spot to make way for the street cleaner.

Since there are more cars than parking spots in most areas of Southie, it has always been acceptable to double park on the opposite side of street cleaning to allow the sweeper to get all the way to the curb.  It was sort of an unwritten rule between Boston residents and the city.

However on Wednesday, East Fifth residents (between M + N) were shocked and dismayed to see this little “deal” be broken in the form of a parking ticket.  One East Fifth Street resident reached out to us to let us know that dozens of cars received tickets for double parking on street cleaning day. 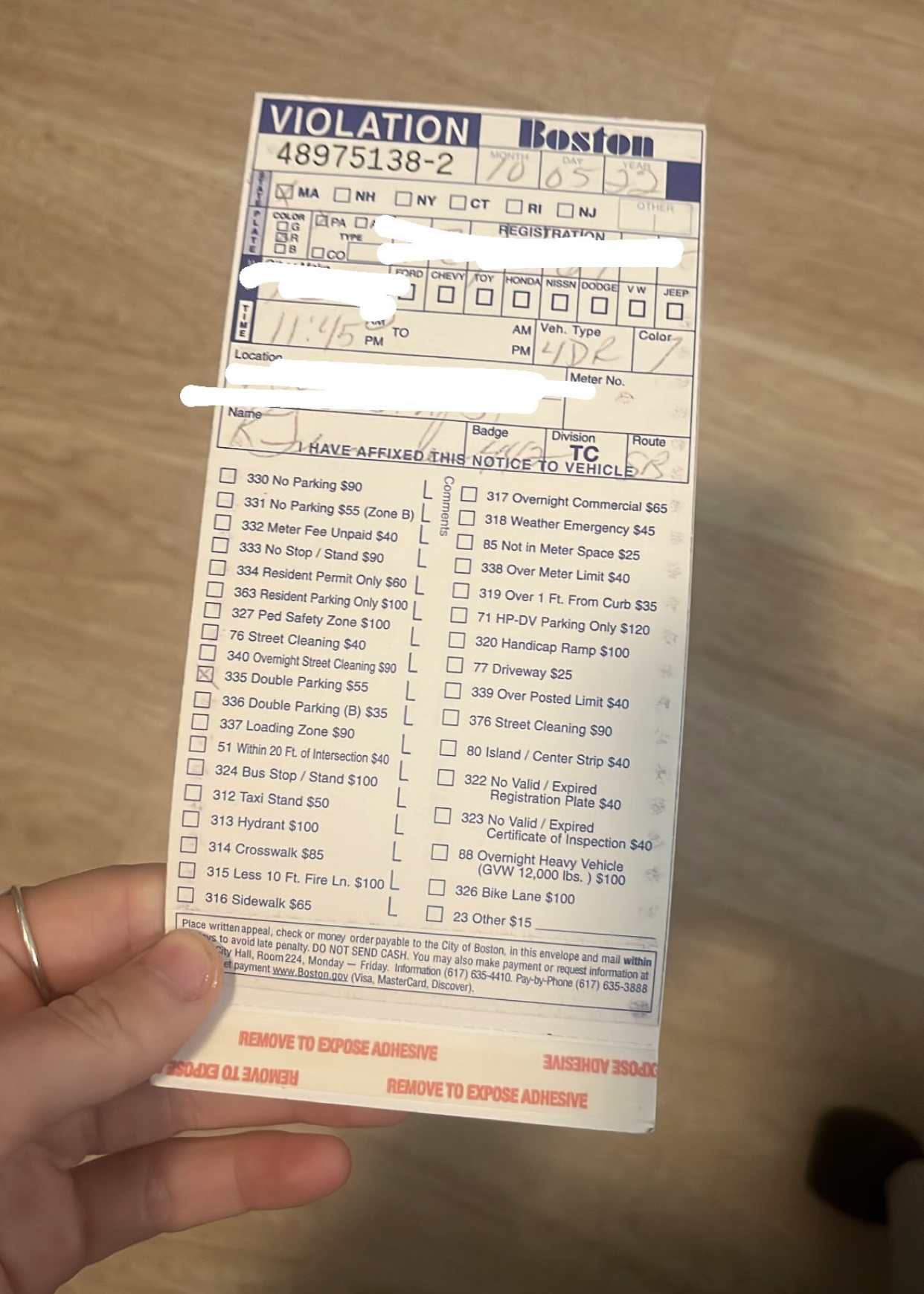 Now before some of you say, “well, it’s illegal.” Yes, we understand but for the few hours during street cleaning it’s been tolerated for many, many years. But not this day. It seems completely unreasonable that the city ticketed without warning or notice that would be doing so. It comes off as a money grab by the city.

Did you get a ticket for double parking during street cleaning this week? Let us know in the comments below.

We will be reaching out to Ed Flynn, our city councilor, to find out what the deal is.  More to follow.

For now, be aware you could get a ticket for double parking on street cleaning day.