Fireworks complaints in the city up 2300%

When you read a percentage like 2300% – it frankly sounds made up.  But according to Mayor Marty Walsh during a press conference on Wednesday, complaints about fireworks in the city of Boston are up 2300%.  Walsh said that in May of last year, there were 27 calls about fireworks. This year in May? More than 650. Holy moly!

According to Boston.com, from June 1-7, the Boston police have fielded 1,445 calls for fireworks.  And it’s not just one or two neighborhoods, most of the neighborhoods in the city are experiencing non-stop fireworks overnight.

Last week, BPD confiscated a large amount of illegal fireworks in South Boston, and Mattapan, in addition to making an arrest in East Boston,  but the nightly shows keep going on in neighborhoods across the city.

On Thursday night, City Councilor-at-Large will host a special zoom meeting to discuss the stress and trauma caused by the fireworks.  See below: 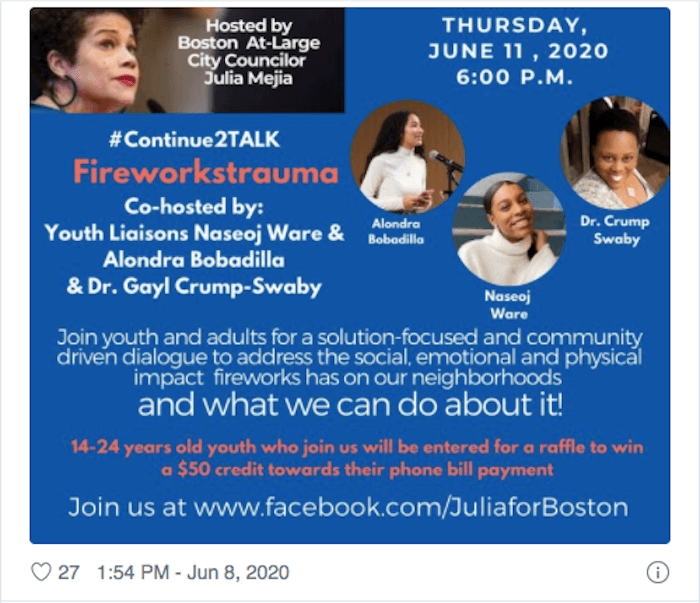