Boston police are looking for a man who reportedly drove a white Amtrak into pedestrians on Seaport Blvd. in the Seaport District. One woman was sent to the hospital.

According to witnesses, the pickup truck came out of nowhere and hit a woman then hit several cars and then the driver jumped out and ran off in the Seaport. 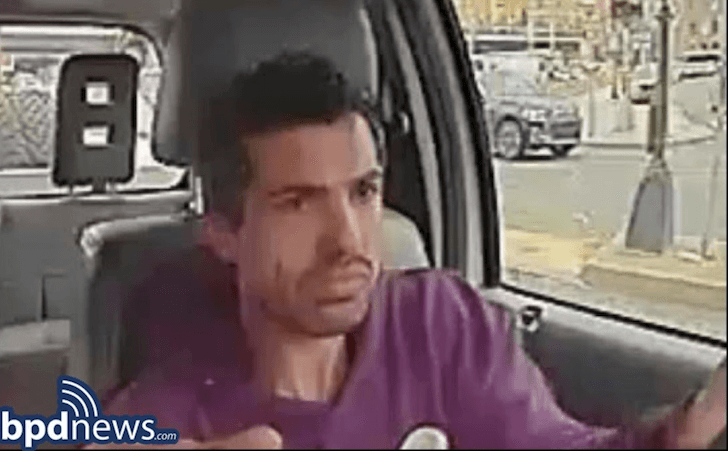 See report from BPD below:

The Boston Police Department is releasing the above image in an effort to identify the individual pictured in relation to a hit and run which occurred in the area of Northern Avenue and Fan Pier Boulevard in South Boston.

The facts of the original incident are as follows:  At about 11:45 AM on Friday, March 29, 2019, officers assigned to District C-6 (South Boston) onsited a motor vehicle accident in the area of Northern Avenue and Fan Pier Boulevard in South Boston. On arrival, officers observed an Amtrak truck operating erratically after striking multiple cars in the area. Officers observed an unknown Hispanic male flee the motor vehicle on foot. The suspect made good on his escape, evading officers upon fleeing into a construction site. Additional officers responded to the scene and were able to locate a female victim suffering from minor injuries when the Amtrak truck apparently ran over her foot. The victim was transported to a local hospital.

The Boston Police Department is actively reviewing the facts and circumstances surrounding this incident. Anyone with information is strongly urged to contact Boston Police District C-6 (South Boston) Detectives at (617) 343-4742.

Community members wishing to assist the investigation anonymously can call the CrimeStoppers Tip Line at 1(800)494-TIPS or text TIP to CRIME (27463). The Boston Police Department stringently protects the identities of those who wish to remain anonymous.