Our Lady of Good Voyage – A Southie History Lesson

On Sunday, Our Lady of Good Voyage – Seaport Shrine celebrated its fifth anniversary in its new location at 51 Seaport Blvd. But do you know the history of the this neighborhood chapel? Gather around and let us share!

She has sat on Northern Avenue in Boston for 65 years, a beacon of hope and a prayerful place of respite for weary fishermen, longshoremen, dock workers and their families. But alas, as our city continues to burst at the seams with development, she was torn down to make way for a new building. 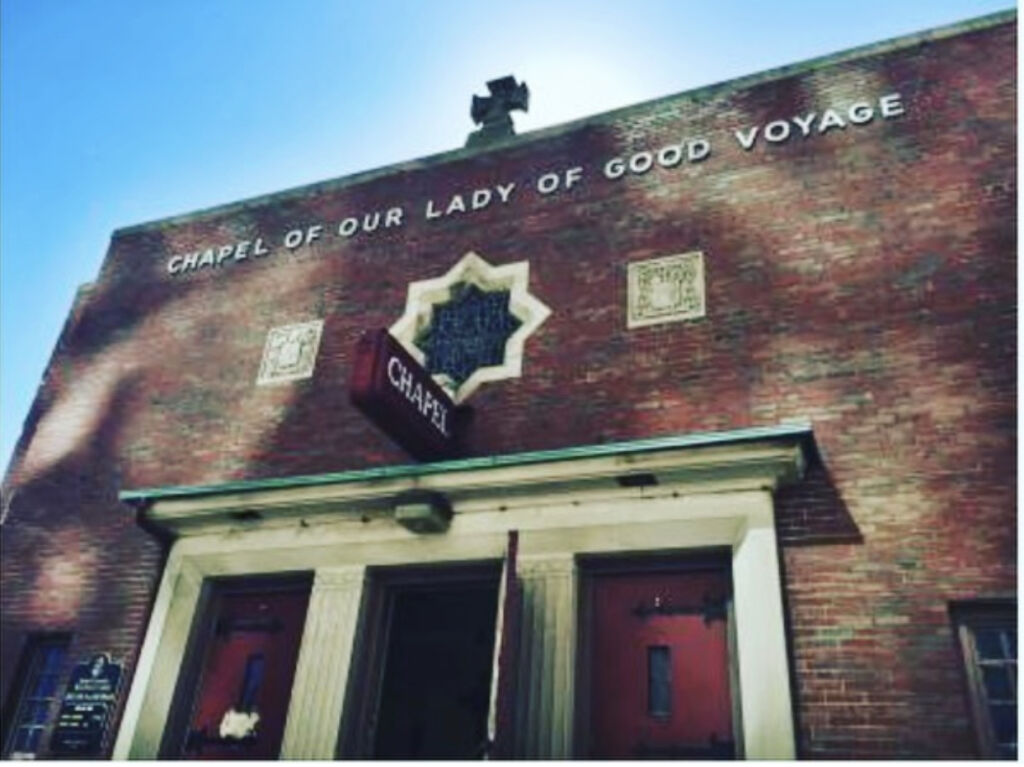 However, much like her strong symbolic presence of faith, community and  comfort, she rose again just a few blocks away back in 2017.

Our Lady of Good Voyage on Northern Avenue was built when the now fashionable Seaport District in Boston was nothing but docks and warehouses. Cardinal Richard Cushing built the church in 1952 to serve the spiritual needs of the men and women who worked the docks and as a sacred place for their families to await their safe return. She has always had the latest Mass in Boston, and for many Southie residents scrambling to get to Mass on Sunday has enjoyed the moniker “Our Lady of the Last Minute.” 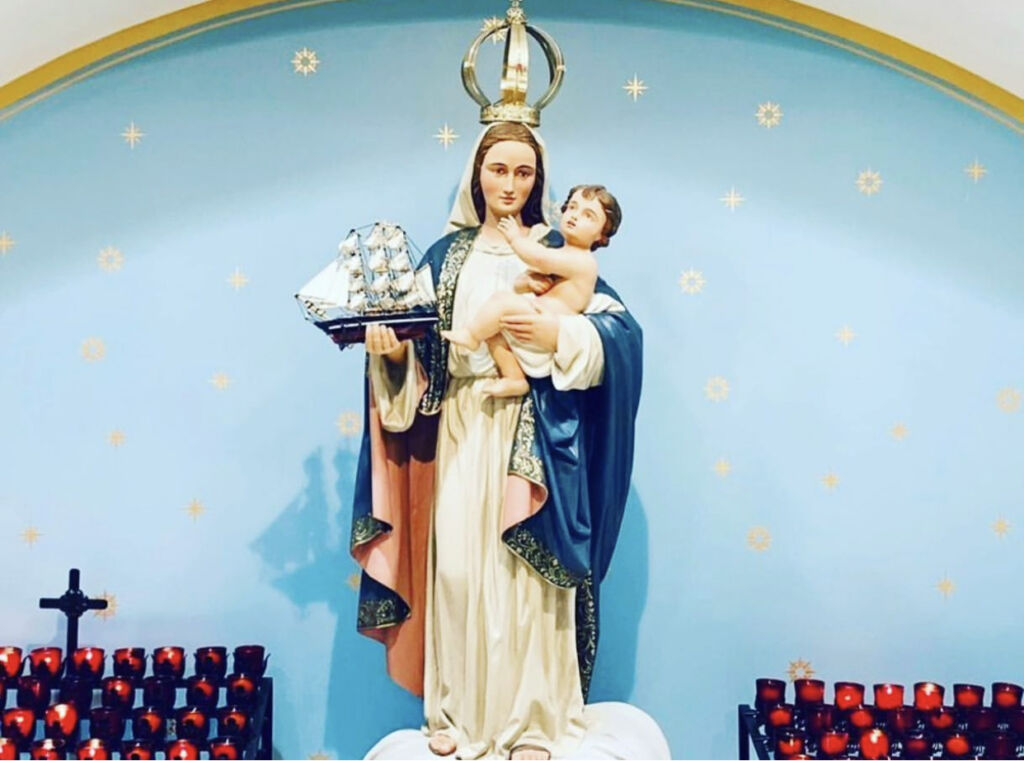 Our Lady of Good Voyage is a Marian devotion of the Catholic church which has its origin in the maritime communities of Portugal and Spain. The oldest Shrine dedicated to Our Lady under this title is located in the Portuguese village of Ericeira near Lisbon. A procession of boats and a blessing of the fishing fleet is commonly associated with the annual celebrations of her feast on the 15th of August, the Feast of the Assumption of Our Lady.  Devotion to Our Lady of Good Voyage followed the Portuguese and Spanish immigrants who went throughout the world to continue their work on the sea, and who brought with them their piety and faith.

The devotion to Our Lady of Good Voyage is particular to the New England fishing industry. The first church in the United States dedicated to this title of Our Lady was established in 1889 in the Massachusetts fishing village of Gloucester, located one-hour north of Boston. The 19th century saw tremendous growth in the New England cod fishery. Men of Italian, Canadian, West Indian, and especially Portuguese descent flocked to Gloucester for work as fishermen. The Gloucester church was built for the Portuguese families who made their living on the sea and whose devotion to Our Lady was strong. They would pray to her for the safe travel of their husbands and sons at sea, begging for her protection and intercession. This is why the image of Our Lady shows her holding a ship in her hand.