from a frustrated “yuppie”

Everyday when I walk the streets of my favorite place on earth  –  the place I call home, I ask myself, “When will I be accepted as a part of the Southie community?”
I have been a resident of South Boston for well over a decade. I am a small business owner and I own property. I attend community meetings and participate in them. I donate time and money to community organizations. I am friends with almost all the local business owners. I have even stopped a car break-in and chased kids who were spray painting a house.  I help shovel out my neighbors in the winter and I am friends with the local politicians. You could say I’m actively involved in this community.
I am proud to call South Boston my home and consider it my home. I would think that most residents would be happy to  have me as a neighbor but instead I’m called a “yuppie” at least 20 times a week!  Locals love to point out that I am not “born and raised” so I wouldn’t understand.  At the community meetings, because of this fact that I was not born and raised here, what I say sometimes seems to have little value.
So I ask, “What do I need to do to be respected as a South Boston resident?  What needs to be done to have people stop bashing the so called yuppies.  We are all people who choose to live here – who chose to help make South Boston a thriving community – people who want to stay and raise a family.

Here are more reasons that I think make me a valued member of the Southie Community:

So what am I missing? Will I EVER be accepted? Why can’t we all just get along?
Let’s stop the finger pointing, the name calling, the bashing and come together as one.  Let’s make Southie a better place!  Most importantly, let’s show the next generation of Southie (that comes from old school local and new local blood) that we can all get along! 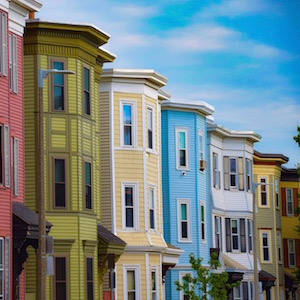 A letter from Mayor Marty Walsh to South Boston

A Letter to the Editor: Boston 2024 Community Meeting