A Spot Saver Note: But not the kind you’re thinking

We all agree that people who try and get one over on their fellow residents by using a spot saver after a non “Snow Emergency” snowfall are not very good neighbors.

There are several degrees of violation of the Unofficial Rules for Saving a Spot after a Snow Storm.

There is the preemtive spot saver who puts out a cone/chair before the snow is finished falling. We understand how inconvenient it is if you have to go to work or to a party or wherever  but you can’t “hold” your spot until you get back – that’s just bad manners.

There’s the non-shoveler. You must shovel.  You can’t just plow out of spot and put a barrel or chair there.

Then there’s this person. The person who sees a shoveled spot – shoveled by someone else who knows the “No putting a spot saver out when there isn’t a Snow Emergency” rule and leaves it unmarked- and then this person puts a cone, chair or barrel and claims it as their own.

This might be the worst offender.  This exact situation happened in Jamaica Plain and a neighbor called the person out on it. This was captured by the Instagram account Space Savers of Boston:

So a resident shoveled out a spot and left it unmarked (No Snow Emergency) – then discovers the above traffic cone in said spot. So the resident decides to leaving the following note in the cone. 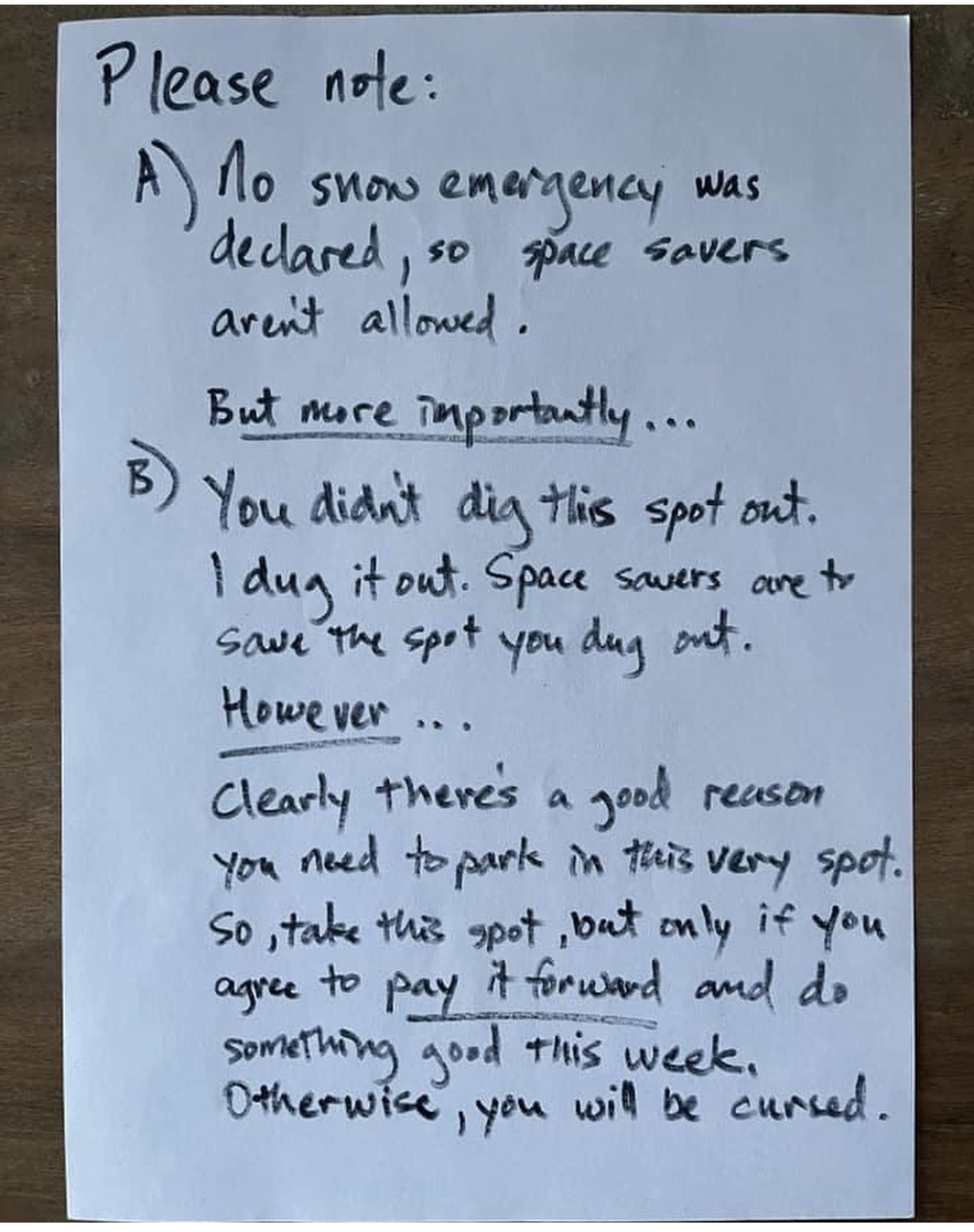 (We couldn’t have written it better ourselves.)

To the violator’s credit, they did write back: 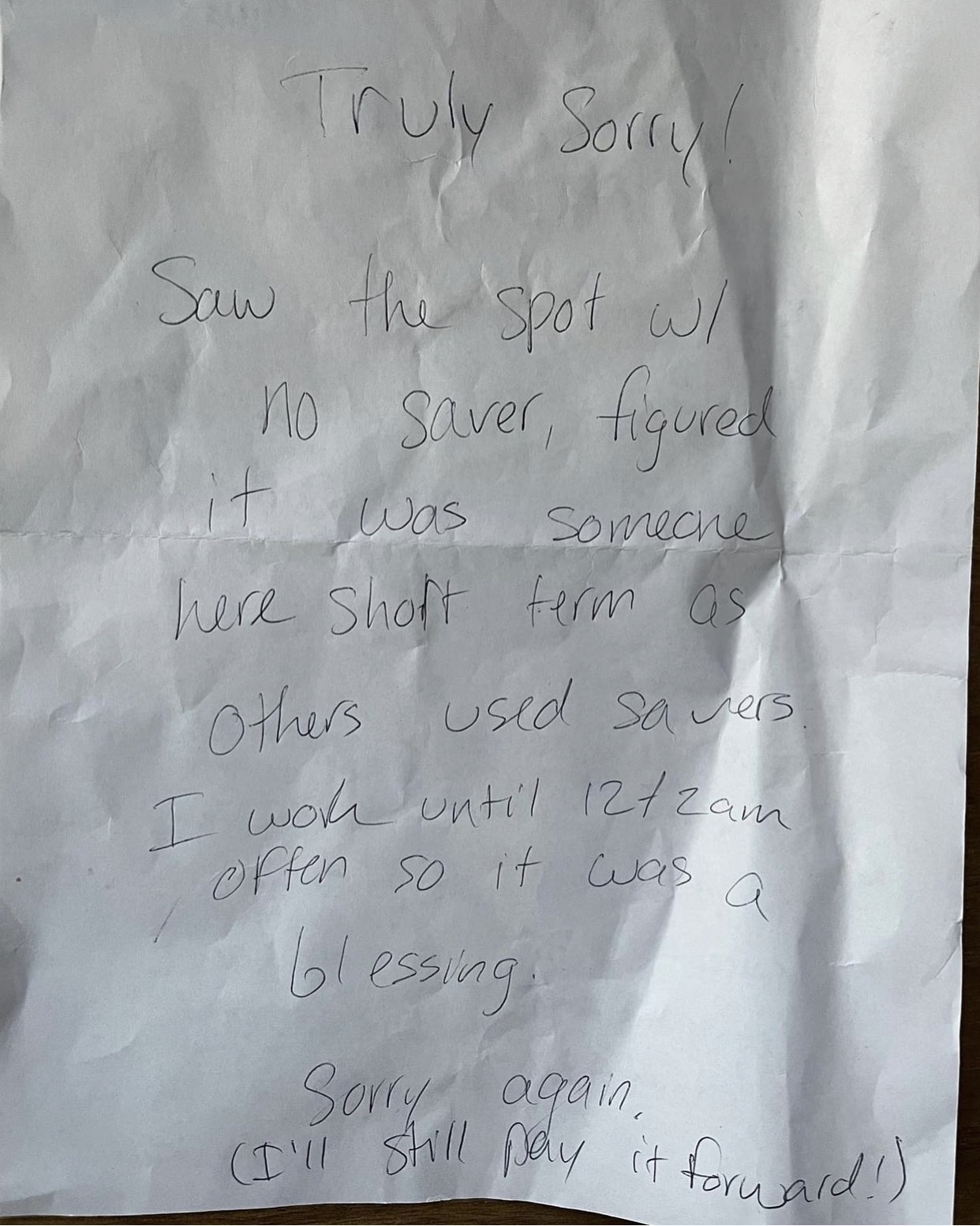 Still….poor excuse for not being a good neighbor but he/she does say they will pay it forward.

A similar situation happened in Southie too.

Just because there is an empty shoveled spot with no marker, it doesn’t mean you can claim it as your own. In addition to vandalism, mean notes, heated arguments, and using a spot saver when a Snow Emergency hasn’t been declared is how we will get space savers banned for good in the City of Boston.  Let’s try and be good neighbors during the most stressful season of living in Boston – winter. We have the unofficial rules to make things a little easier and without rules, there is chaos.