The Nitro Bar took Southie by Storm on Sunday

On Sunday morning, The Nitro Bar, a wildly popular coffee shop from Rhode Island, popped up inside of 75 West Broadway (the old Mul’s) – and Southie came out in droves.  There was a line from the time it opened until they kicked the last keg of coffee!

With over 21K followers on Instagram, The Nitro Bar posted the lines on their story. 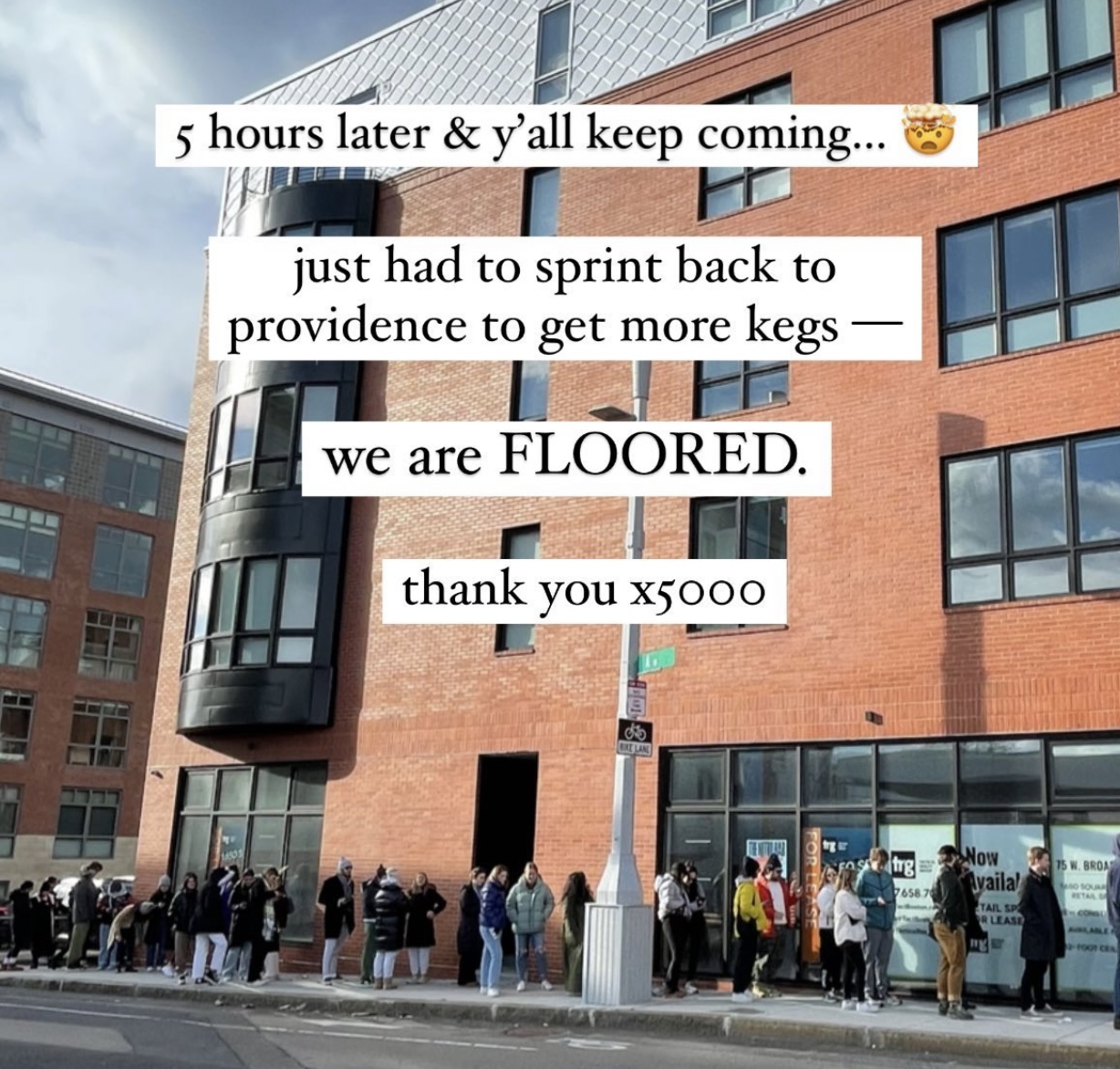 No word yet if The Nitro Bar will open up a permanent spot in the neighborhood. Clearly, the people want it!

In 2016 founders Audrey Finocchiaro and Sam Lancaster built a subpar coffee cart in Audrey’s parents basement. From there they took their wheels to the streets of Providence, Rhode Island — popping up everywhere from farmers markets, to Brown University, to sheep shearing events, and every event they’d get the invite to. Going anywhere & everywhere their coffee drinkers demanded.  You can learn more here!

In other coffee news…

As far a new shops opening in the neighborhood, Blank Street Coffee and Koko Coffee will be opening soon.