We know that all roads lead to South Boston but did you know that Ghost Tequila – the new and wildly popular tequila that is sweeping the nation has roots in Southie? Well, here are the six degrees of Southie separation:

The backstory:
Having a background in the bar business – Chris started off working at Sonsie and then went on to bartend at Tico in 2011 – plus an entrepreneurial spirit, it made sense to dream up a booze brand. Tico – which is one of the original tequila bars in Boston tequila – serves 120 different tequilas – many of which customers didn’t want to drink. His solution? Create an awesome tequila shot that tasted great and went down easy. He came up with a ghost pepper infused shooter that made Tico a destination to go and drink it. And from there Ghost Tequila was born! “The timing was right to make a great tasting spicy tequila, so I went to Mexico and created Ghost! With the help of another local, Spencer McMinn of GrandTen and the team at our distillery in Jalisco we put together a fantastic tequila we’re very proud of,” says Chris.

David Gordon comes from a family rich in the spirit tradition. For 75 years and four generations, Gordon’s Fine Wines and Liquors has been the leading purveyor of fine wines, spirits and now, craft beer, in New England. So it made sense that Chris would join forces for David. “I have seen every new product come across and so few are truly unique. Ghost hits on real innovation in an industry that has a hard time creating new things. It’s unique because of how versitle the tequila is. Its very well balanced and perfect as a shooter or in a cocktail,” says David.

Now add Richard Pomes – the marketing legend behind the Fireball Whisky craze – to the mix with his grass roots efforts and buying shots at bars for people to try, Ghost Tequila could be the new Fireball. (Does that mean we’re gonna start seeing nips of Ghost all over Southie?)

So what exactly is Ghost Tequila?
It’s a spicy blend of flavors including 100% agave tequila from Jalisco, Mexico and the infamous, India-born ghost pepper. It’s 80 proof and it’s perfect for a shot or mixed in a margarita.

With Ghost Tequila now in hundreds of Boston bars and in six states, with the hopes to expanding into more states, another one of Chris’ goals is to be on a plane and to be able to order his baby – Ghost Tequila. It when we do see little nips of Ghost at the packie check out, we can smile and remember those Southie roots!

Try Ghost at home as a shot – neat or mix it with ginger beer and lime.  The spice and ginger go together amazing! For more recipes and information about Ghost like them on Facebook! 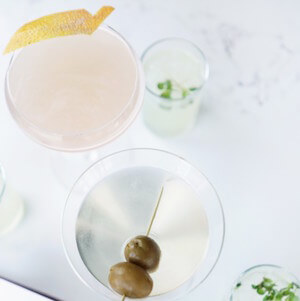