Fox & the Knife just received another big accolade! The West Broadway restaurant has been named as a James Beard Award semi-finalist for Best New Restaurant.  The final Restaurant and Chef Award nominees will be announced in Philadelphia on Wednesday, March 25 beginning at 9am. You can follow along in real time via their Twitter feed. Fingers crossed! 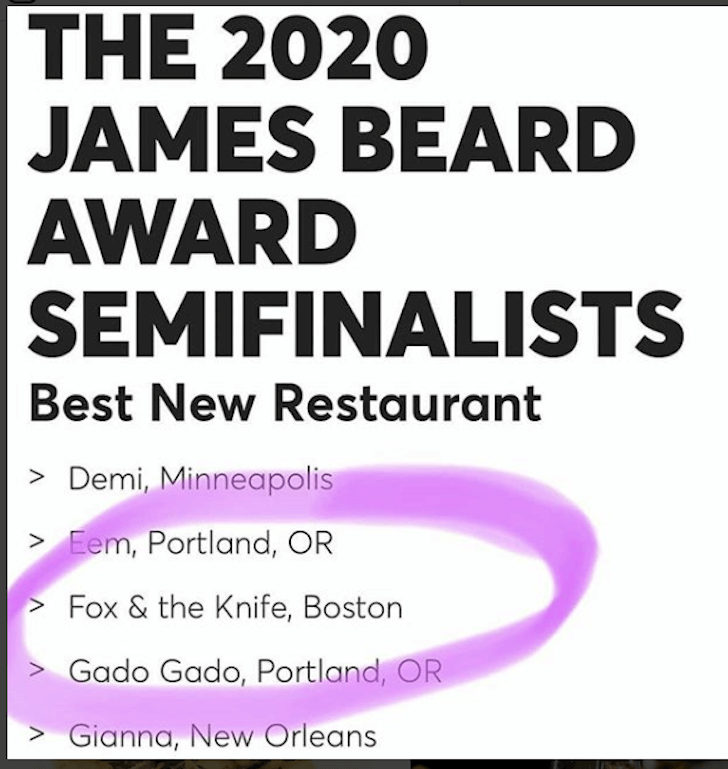 Just opening one year ago, Fox & the Knife has proven itself as one of the best restaurants both locally and nationally and it’s right here on West Broadway in South Boston.

James Beard Award Winner for Best Chef: Northeast, Karen Akunowicz opened the 75-seat Italian-inspired neighborhood enoteca back in February of 2019.  Since then, the awards keep coming. In May, it was named one of  Top 10 restaurants in the country by Food & Wine magazine Fox & the Knife made the #7 spot!

In June, Boston Magazine named it the Best New Restaurant for 2019.

This week, USA Today released its list of the best hotels, restaurants, and attractions of 2020. Fox & the Knife came in at No. 3 on the Top 10 Restaurants of 2020!