Workers at the Stockyard in Brighton, the Paramount in Beacon Hill and South Boston, and West on Centre in West Roxbury were back in the kitchen making something delicious for local police officers.  According to WHDH, Over 400 boxed lunches were delivered to every station in the city!

Stockyard owner Michael Conlon described the Easter meal order as a “win-win” for everyone due to the fact restaurant worker were back in action and they get to feed some of the people on the front line. 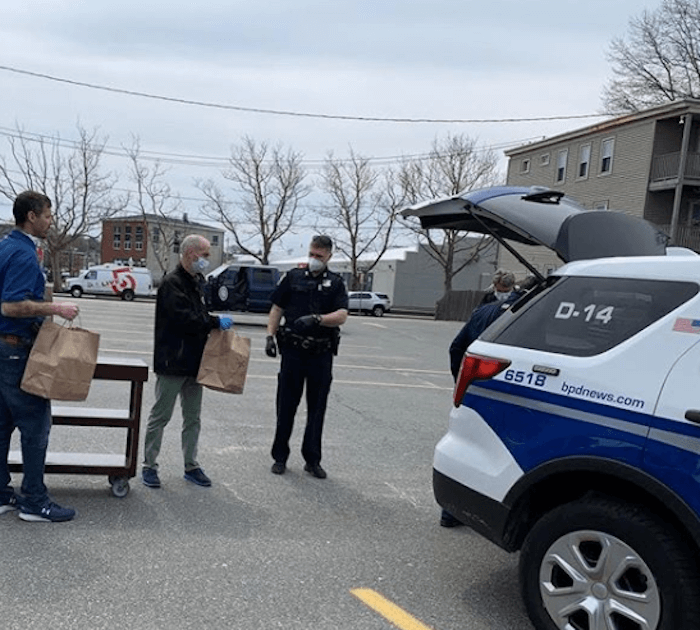