Mobile See and Do

On Tuesday, March 2nd at 7PM, TJ Douglas owner of The Urban Grape, is thrilled to host the incomparable Mary J. Blige, award-winning recording singer, songwriter, actress, producer and philanthropist and now maker of Sun Goddess Wines. In this half-hour conversation, TJ will interview Ms. Blige about her new wine venture and taste through the Sun Goddess line-up as they talk about representation in the wine industry, her “aha” wine moment, and so much more.

The two will be tasting through:

Attendees can purchase the above two bottles of Sun Goddess wine and a ticket to enter the Zoom interview for $56 at this link.
About Mary J. Blige

Iconic Grammy Award winning singer, songwriter, actress, producer and philanthropist, Mary J. Blige is a figure of inspiration, transformation and empowerment making her one of the defining voices of the contemporary music era.

With a track record of eight multi-platinum albums, nine Grammy Awards (plus a staggering 32 nominations), two Academy Award nominations, two Golden Globe nominations, a SAG nomination, and a BET Lifetime Achievement award, among many other accolades, Blige has cemented herself as a global superstar. And in the ensuing years, the singer/songwriter has attracted an intensely loyal fan base—responsible for propelling worldwide sales of more than 50 million albums. 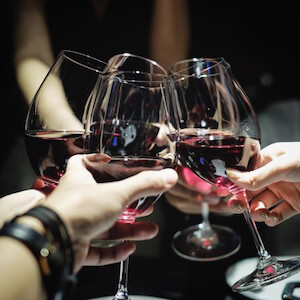 Live by the beach! Exceptional value in this South Boston East Side 2 bedroom/1.5 bathroom duplex condominium. Enter the home on the first floor and you’re greeted by two spacious bedrooms…