Winter is Coming – First Snowfall of 2022

UPDATE: No School For BPS

Closing out the first (and kind of crazy) week of 2022, a snowstorm is expected to hit Massachusetts on Friday. Much of the state is now expected to get 6-8 inches of snow.  But what about Boston?

Looks like we could get 4-6 inches of snow. Not too much but it’s the timing that might be a factor for Boston possibly having a snow day.  Snow is expected to start falling early Friday morning — between 3-5 a.m. and intensify through the morning. The National Weather Service is expecting a rate of 1 inch per hour from around 6-9 a.m and a Winter Storm Warning has been issued. 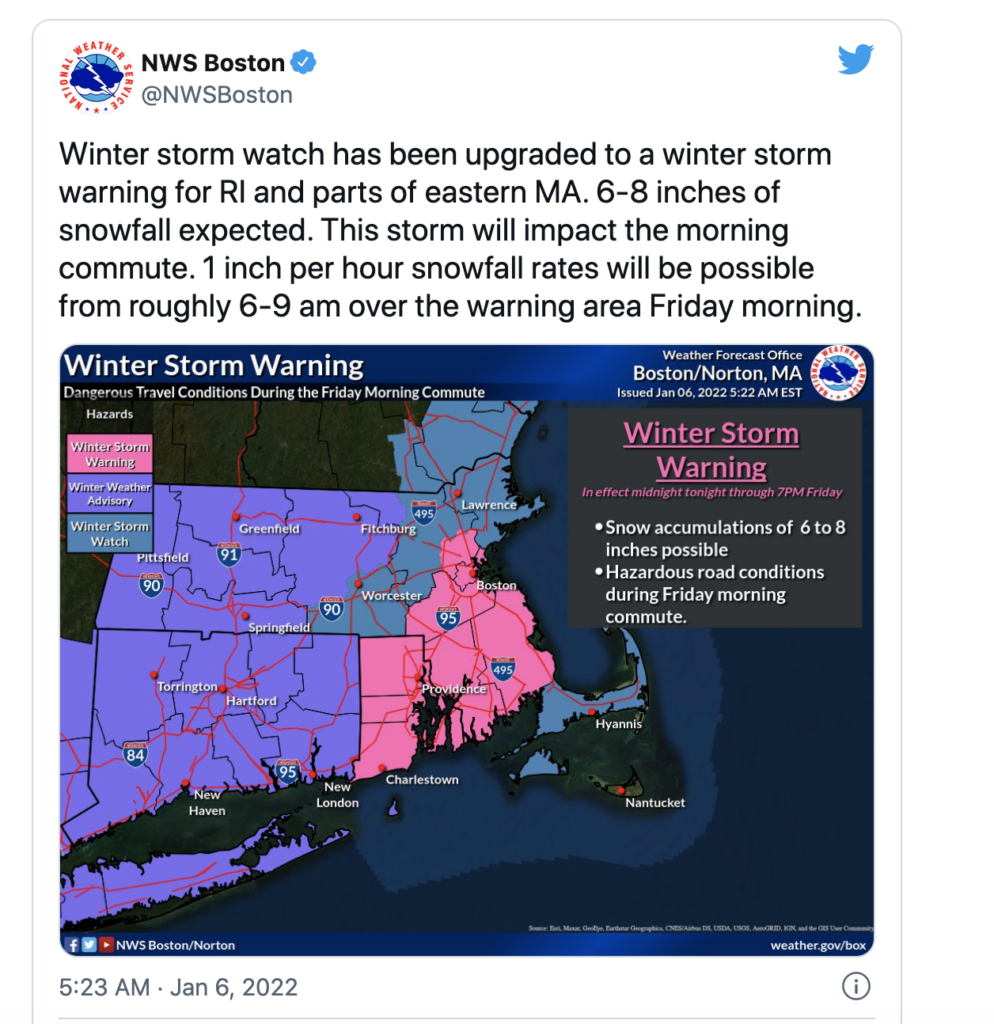 Here’s the official forecast via NWS for Boston:

Thursday night — Snow, mainly after 3am. Low around 28. West wind 5 to 7 mph becoming light and variable. Chance of precipitation is 80%. New snow accumulation of 1 to 3 inches possible.

Friday — Snow, mainly before noon. The snow could be heavy at times. High near 31. Northwest wind 8 to 16 mph. Chance of precipitation is 90%. New snow accumulation of 3 to 7 inches possible. 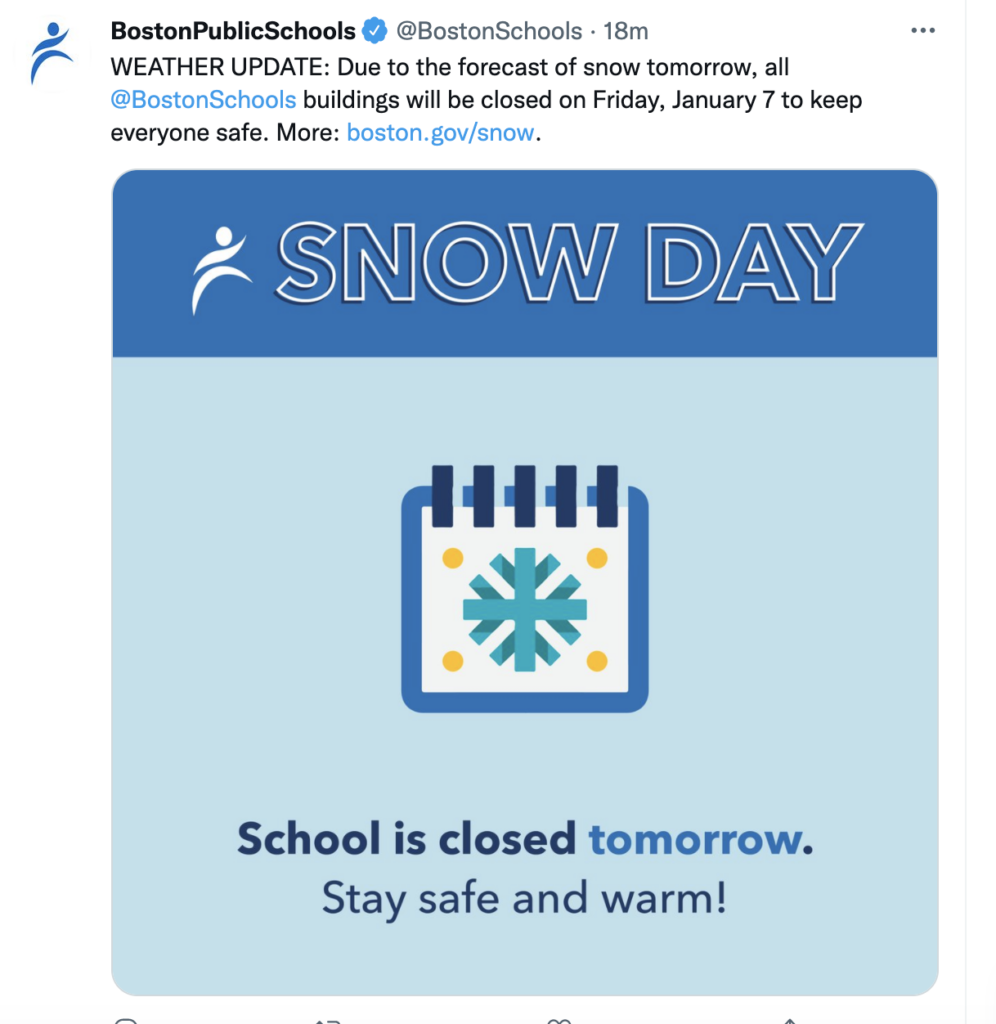 No word yet from the City of Boston if a snow emergency will be declared with parking restrictions. Stay tuned.

A friendly reminder that if a snow emergency has NOT be declared – please refrain from using a space saver. Don’t be that guy!  Here are the Unofficial Rules of Saving a Spot after a Snowstorm. Pass them on!