With the Ricardo Arroyo sexual assault controversy simmering on the stove, the Boston City Council meeting on Wednesday boiled over into high emotions and then utter chaos.

But first, let’s do a little background to get you up to speed. Last week the Boston Globe reported on two sexual-assault allegations against Arroyo that happened about 15 years ago. Arroyo denied any wrong-doing and claims he didn’t even know he was being investigated. On Monday, City Council President Ed Flynn moved to strip Arroyo of his committee leadership roles due to the controversy.

“In what I believe to be in the best interest of the Boston City Council as a legislative body, I have decided to temporarily readjust committee assignments for the next sixty days. At that time, I will reassess this decision with all available information,” said Flynn.

Before the council meeting and after another bombshell of an article by the Boston Globe (this time one of the sexual assault victims came forward), numerous political allies of Arroyo including Mayor Michelle Wu, Senator Ed Markey, Senator Elizabeth Warren and Congresswoman Ayanna Pressley rescinded their endorsements of Arroyo.  City Council President Ed Flynn also rescinded last week.

From the jump of the meeting, tensions were high. Flynn reminded all in attendance to please be respectful. “No signs and no interruptions.”

Councilor Frank Baker stated he filed an order for relevant police reports, school safety reports, documents from the Boston Police Sexual Assault Unit and other reports in order to protect the integrity of the council.

Baker then called out Councilor Kendra Lara for her filing of a request for records order on him, calling it an act of retaliation. Then Lara stated she didn’t file to retaliate. She claims people of color on the council are “held to a higher standards and disciplined in harsher ways by leadership.” People in the gallery began to shout out.  Flynn then called a recess. After all was said and done, both Baker and Lara dropped their record requests.

After that, City Councilor Tania Fernandes Anderson turned the conversation to the restricting of Boston being placed in the hands of Councilor Liz Breadon (Allston/Brighton). Fernandez Anderson went on to call out the treatment of Black and Hispanic councilors by the white councilors. She also defended Arroyo and his treatment by Flynn and Flynn’s removal of Arroyo as chair of the council’s redistricting committee over the sexual-assault allegations.

“People are not innocent until proven guilty,” Fernandez Anderson said. “People are guilty first. People are crucified, people are lynched! Same old tricks, same masters though. And now everything’s changed everybody is upset everybody is boiling up. People are calling me and saying, don’t say anything, stay in your lane be quiet, sit down, you will lose your seat, they won’t vote for you. Fight. Don’t fight.

“What the fuck do I have to do [slams fist to desk] in this fucking council in order to get respect as a black woman?!?” she asked.

You can read more details here via Universal Hub.

After numerous interruptions from both the public and city councilors, Flynn eventually had to close the meeting to the public and press. The chaos continued in the hallway outside the chamber. There was screaming, obscenities, and a few scuffles which ended with one person in handcuffs. 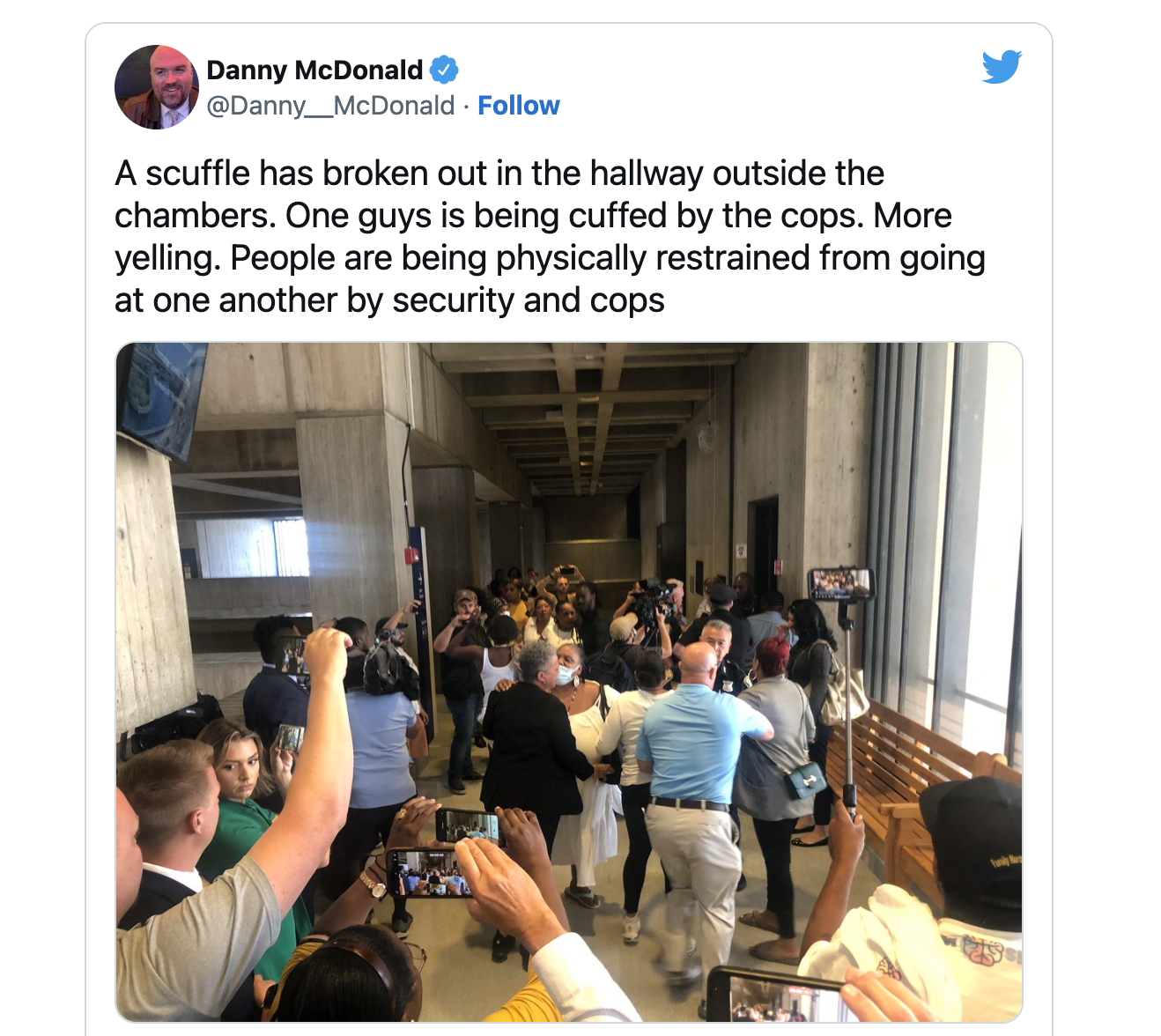 Flynn released the following statement after the chaos: 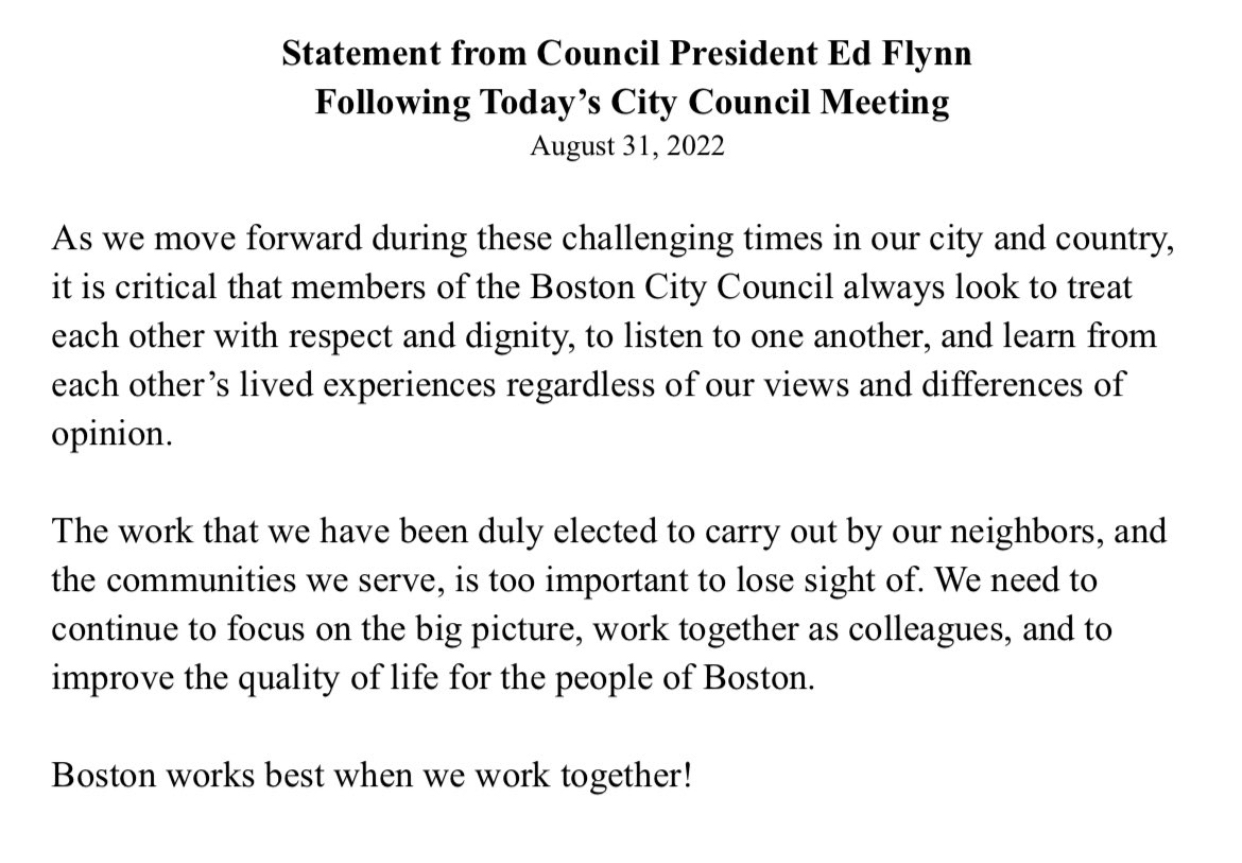