Evidently, there was lots of trouble on Friday night at the City of Boston’s Celtics Watch Party.

According to Universal Hub, around 11pm BPD had to  break up numerous fights along St. James Avenue. Two people were hit in the head with bottles. Many people were injured – so much so BPD asked EMS to set up a triage area.

WCVB also reported that a person was attacked at the watch party.  “Video shows that a man was brought down to the ground and pummeled by multiple people behind the big screen set up in Copley Square.” 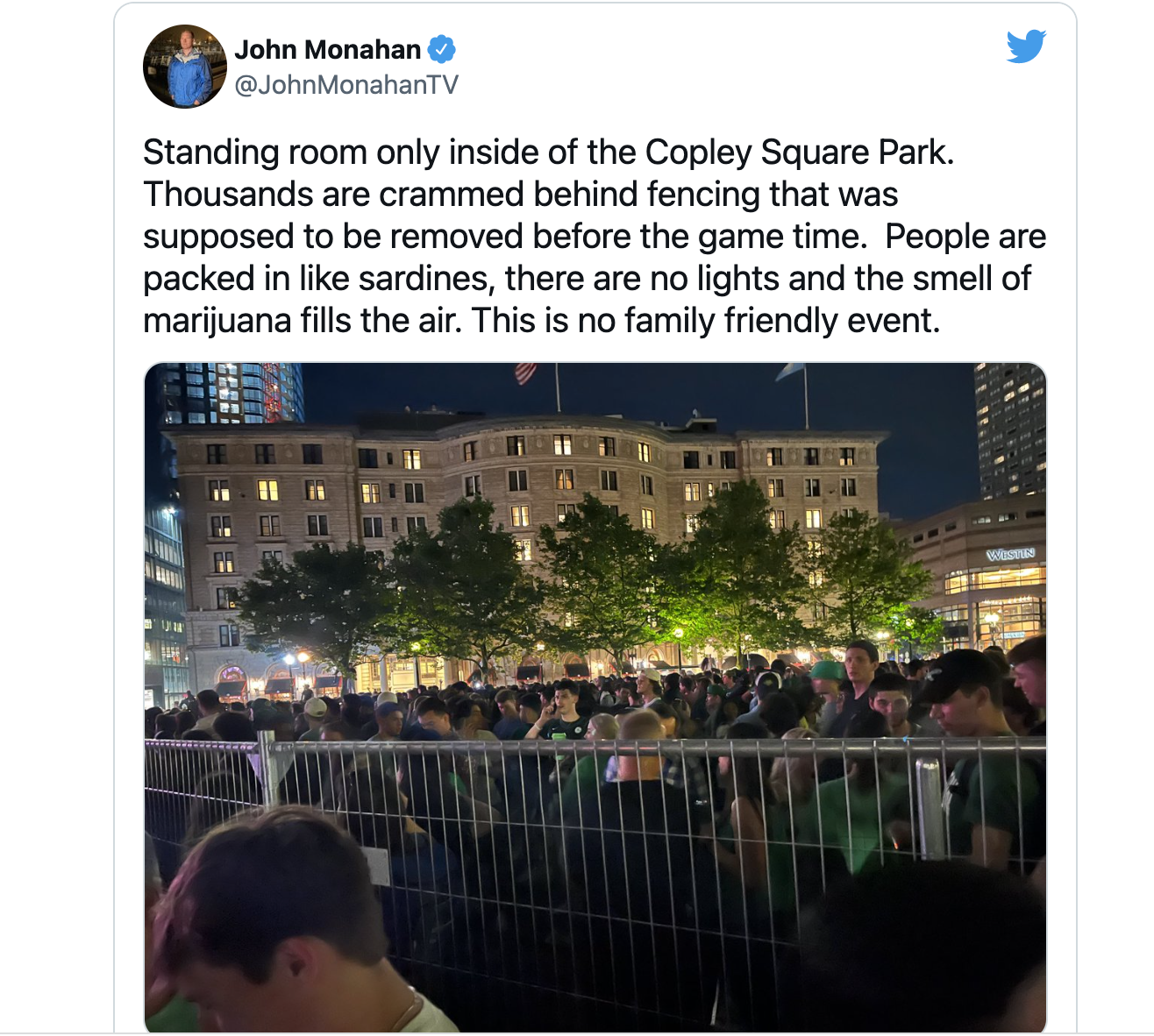 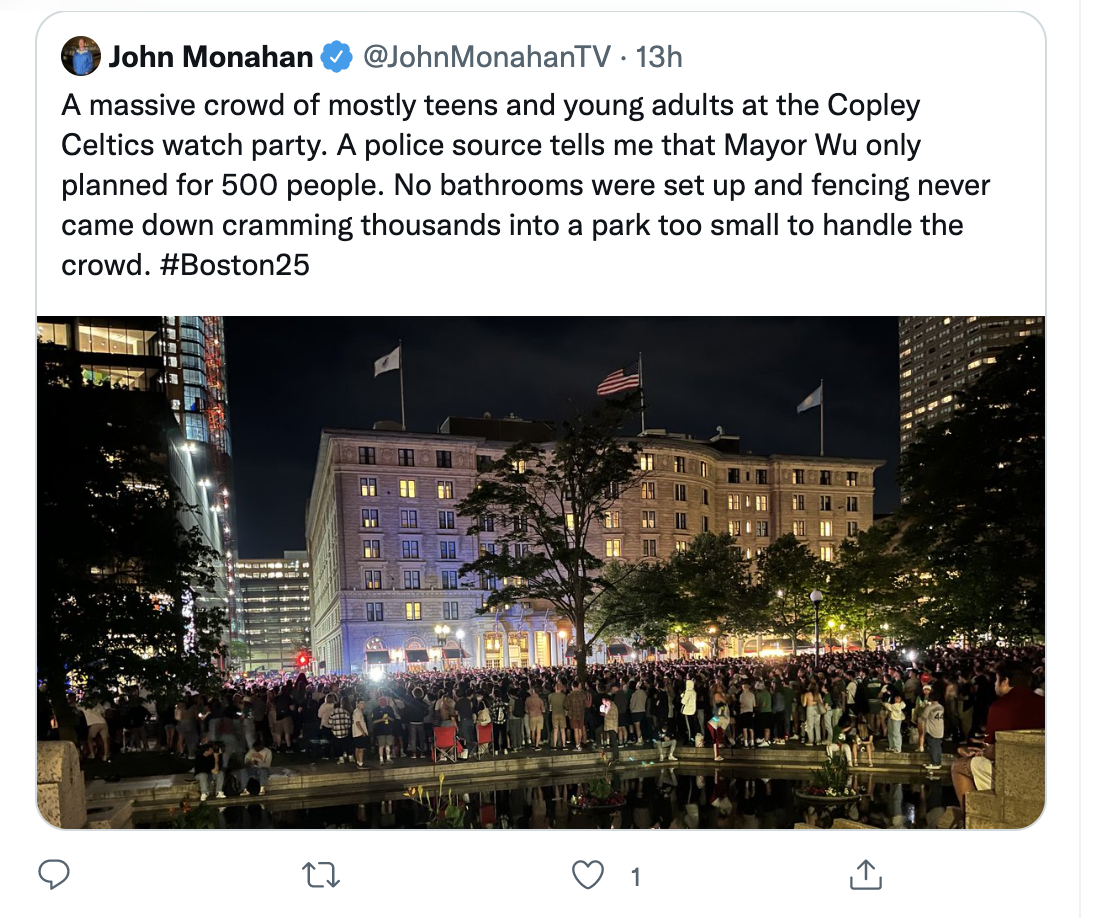 In addition to the fights at Copley, two people also jumped into Boston Harbor near the Garden.  One jumped and the second jumped into help the first. You can read more about this here.

There was also a large fight near the TD Garden around midnight.

It was a very busy night for first responders on Friday night!