Trouble at Carson Beach this Weekend – an update

After five arrest on Saturday evening at Carson Beach (see below), MA State Police posted on twitter that more beachgoers were arrested on Sunday night. 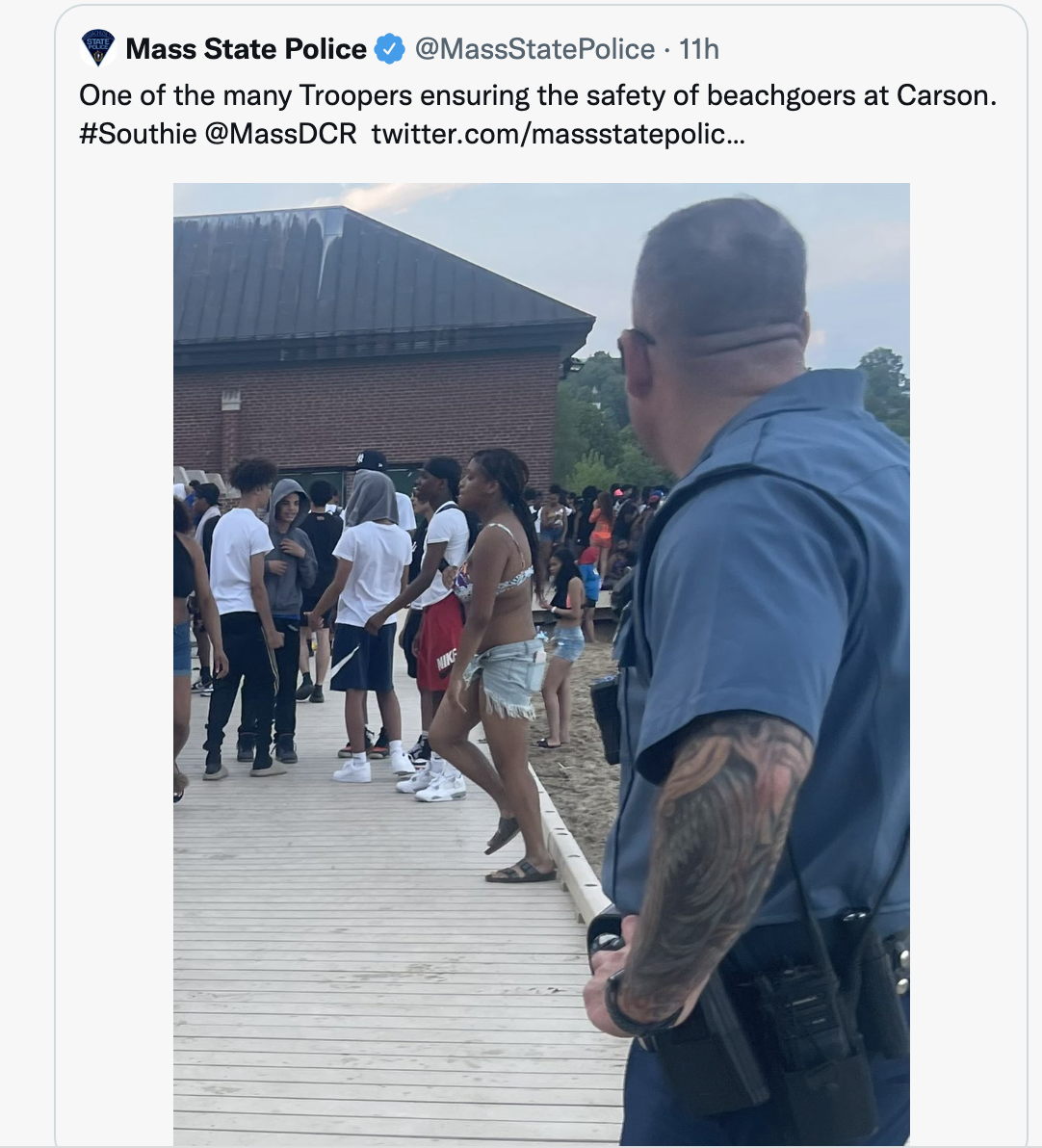 The MA State Police have released the following statement re: incidents at Carson Beach and Revere Beach on Saturday Night:

Last night, our members responded to multiple calls for fights, disorderly and unruly behavior, fireworks, and underage drinking among other issues at both Carson Beach in Boston and Revere Beach. When our Troopers arrived, they were met with violence, disrespect, and criminal behavior. Scenarios like these are difficult to handle, but especially so with a Department that has critically low staffing levels.
On Revere Beach, a total of seven people ranging from juvenile to 61 years old were arrested on various charges. Some of these charges included OUI, disorderly conduct and domestic violence.
On Carson Beach in Boston, our members with the help of Boston, Transit, and UMass Police faced a similar situation. Thousands of beach goers refused to disperse after countless fights broke out. The unruly crowd became a major safety concern. Our Troopers were confronted with a large crowd, some of whom attacked the responding Troopers while they were effecting arrests. One member had his cover set on fire while trying to preform an arrest.
A total of five people were charged in relation to the incidents at Carson Beach. Again, this included juveniles as well as adults with charges of assault and battery on a police officer, interfering with the police, and resisting arrest.
Going to the beach with family, friends and loved ones is a longtime treasured New England tradition. Everyone should be able to enjoy the beautiful weather and beachfront at DCR properties the Commonwealth has to offer.
It is disheartening that a group of individuals have created such an unsafe environment that families, and other communities members are not able to partake at the beach without fear of violence.
The Association would like to thank all of our members who responded yesterday as well as our law enforcement partners who helped bring a chaotic situation to an end safely.
Message to the Public: We will not let the safety of our community be jeopardized. These actions are unacceptable and will not be tolerated

Over a thousand people gathered at Carson Beach on Saturday night. When the group began to get “unruly,” State Troopers and Boston police officers attempted to disperse the crowd and ended up arresting five people – including two juveniles. Evidently there was also trouble at Revere Beach too. State troopers plan on being out in full force on Sunday all day into the night.

Meanwhile, on Carson Beach in South Boston, MSP Troop H and specialized units and Boston Police have been undertaking enforcement, crowd control, and traffic control duties with what is estimated to have been a crowd of several thousand people over the course of the evening. Many visitors to the beach engaged in unruly behavior and disorderly conduct. As of 9 PM Troopers had made at least two arrests and the crowd had dispersed significantly.

Be careful out there!