Since this post on Monday, The Boston Globe has come out with another story re: Arroyo.  This time one o the victims has come forward to break her silence – ‘The lies. … It makes me sick’

The Boston Herald believes that Wednesday’s City Council meeting will be fraught with tension. The noon meeting will be “full of major political moves.” You can read about this here.

You can livestream the City Council meeting here are 12pm.

This week at City Hall is starting off with some good old fashioned chaos due to the Ricard Arroyo sexual assault controversy.

According to the Boston Herald, Monday’s council agenda showed just how much this controversy is stirring things up within the council.  City Council President Ed Flynn moved to strip Arroyo of his committee leadership roles.

“In what I believe to be in the best interest of the Boston City Council as a legislative body, I have decided to temporarily readjust committee assignments for the next sixty days. At that time, I will reassess this decision with all available information,” said Flynn. 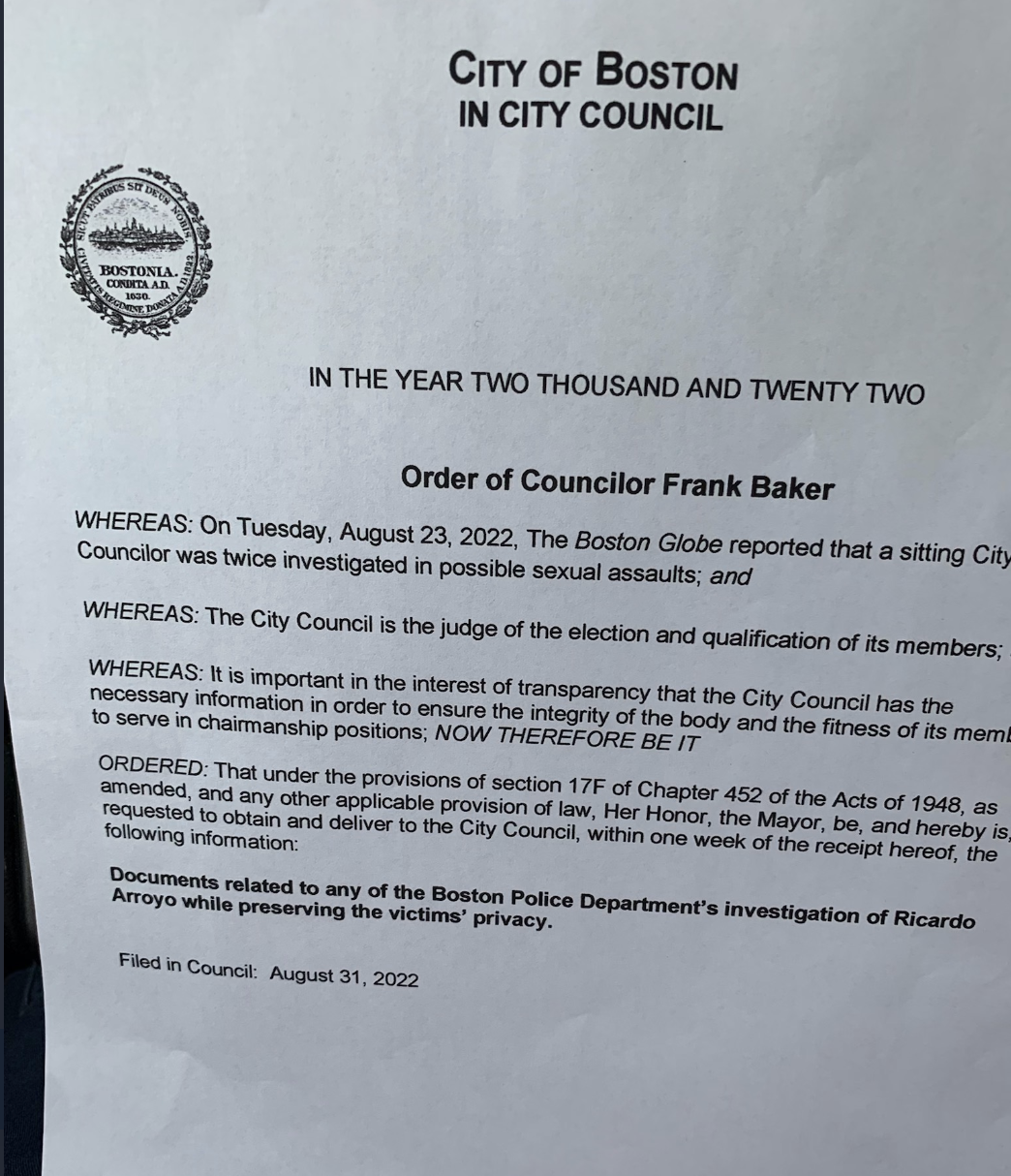 Then Arroyo ally Councilor Kendra Lara filed a records request on Baker re: a 1990s possession with intent to distribute case.

Last week the Boston Globe reported on two sexual-assault allegations against Arroyo that happened about 15 years ago. Arroyo denies any wrong-doing and claims he didn’t even know he was being investigated.

Needless to say, this is causing quite the commotion within City Hall and on social media.

You can get the full details here and here!