Update: The Boston Globe is reporting Mayor Marty Walsh’s office is coming out against Starbucks at the hearing for the Common Victualers License on Wednesday morning at City Hall.  Normally this type of license is just part of the process and typically gets approved without issue – especially if the space has already been zoned for a restaurant by the City’s zoning board.  Evidently not in this case.  The mayor’s office is against the Starbucks “due to inadequate support in the neighborhood.”  Hmmm…..

A meeting was held on Monday night to discuss this license from the City of Boston for the space at 749 East Broadway aka Starbucks.  The space has already been approved for zoning for a restaurant.  According the city’s website, “Every food service establishment in the City of Boston with capabilities for cooking, preparing and serving food is required to have a Common Victualler License.”

The meeting began with John Allison – Neighborhood Coordinator for Mayor Marty Walsh greeting the crowd of about 65 people in the cafeteria of the Tynan School.  Dan, a consultant for the new Starbucks, spoke first about the fact they have been approved for restaurant zoning and they should get approval for the Common Victualers License.  Starbucks Regional Director Damian Waugh addressed the positive things about Starbucks like hiring from the neighborhood.  He also mentioned they Starbucks does give back to the community.

There were lots of representatives from Southie small businesses in particular Molly Moo’s, Boston Bagel Company and the Cranberry Cafe.  A representative of the Gate of Heaven Neighborhood Association was also in attendance.

There was both vocal opposition and support of the new Starbucks. The meeting was pretty evenly split.

Here is a list of the concerns brought up:

People in support of the new Starbucks voiced:

So if we were a betting person, we would put our money on the licensing board approving the Common Victualers License on Wednesday.  All are invited to attend.  It takes place Wednesday morning at 10am at City Hall.  If you want to email your support or opposition you can send letter to John Allison at john.allison@boston.gov

Mike Norton, Southie resident and owner the building had tried for over a year to put a restaurant in the spot but could not obtain a liquor license.  A month ago, Norton went before the  Boston Licensing Board to request a coveted unlimited liquor license. Norton was hoping to be teaming up with known restauranteurs Brian Poe and Gordon Wilcox of Parrish Cafe and Rattlesnake Bar and Grille fame.  Unfortunately, Norton’s request for license was deferred.  So therefore Grande Non-Fat Lattes all around! Starbucks hopes to open by June.  Southie free-standing Starbucks Count will be 3.

Interesting articles about Starbucks that were tweeted at us:

This one from Slate

This one from Bloomberg

and this one from Zillow

So maybe we are just fearful of the unknown? For now let’s hope Starbucks ends up being good for the neighborhood. 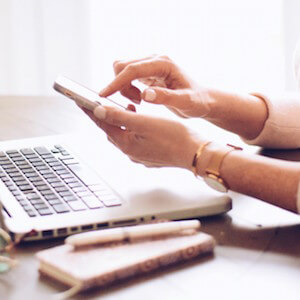