On Thursday night, Southie resident Sean McShane’s winning streak on Jeopardy sadly came to an end!  It was a great run and McShane was fun to watch!

P.S. There was also a South Boston question on Monday’s episode! Do you know the answer? 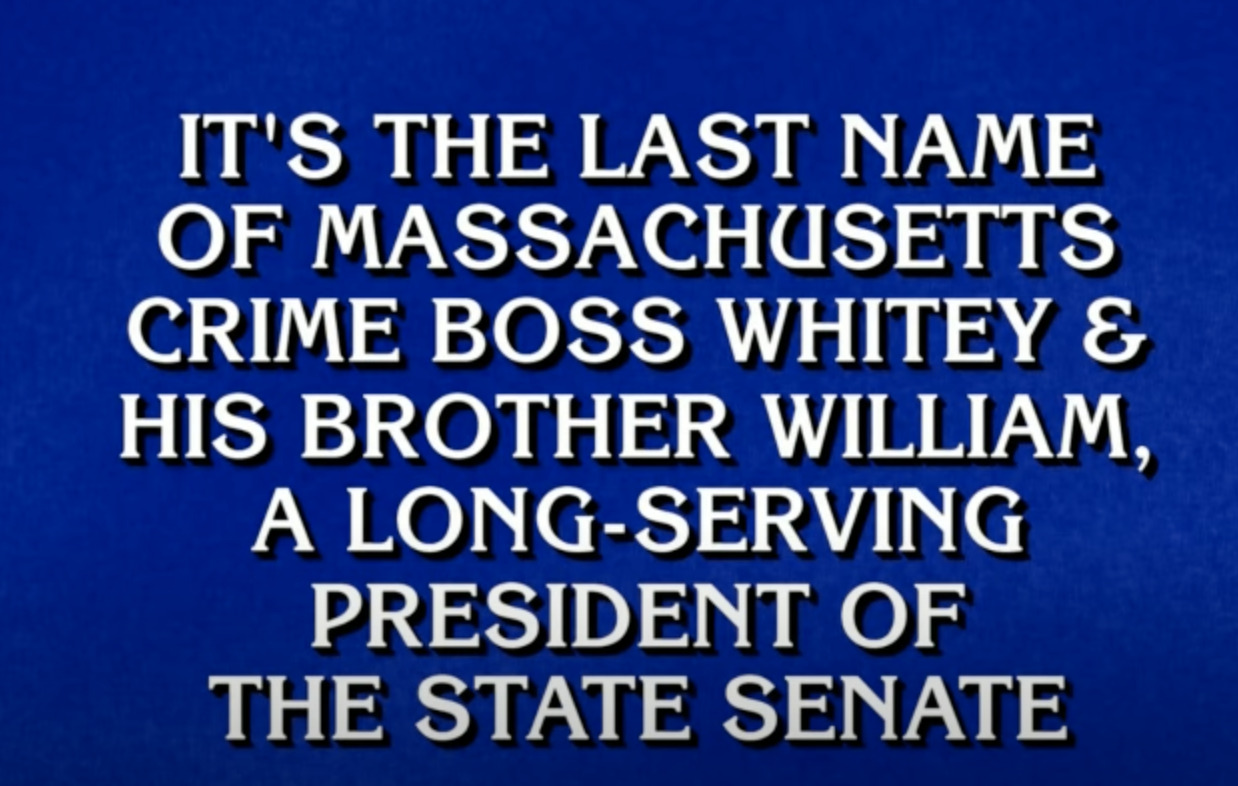 South Boston resident Sean McShane will be on Monday’s episode of Jeopardy!  If you feel like venturing out to watch it, L Street Tavern will be hosting a little viewing party!  According to an Instagram post by L Street Tavern, McShane is originally from Long Island, a Boston College graduate (Go Eagles), and he’s lived in the neighborhood since 2019.

After you cheer on Sean, you can cheer on the Patriots.  They’re playing the Cardinals at 8:15pm.

Back in October, South Boston made it to Jeopardy in the form of a question!