The bill would ban police from using chokeholds, create an independent oversight board, and certify officers. Additionally, guidelines will be created for use of force and also requires police to intervene if excessive force is used by another officer.  It also clarifies the use of qualified immunity, which protects government employees from legal claims.

Senator Nick Collins voted against the bill and has released the following statement: 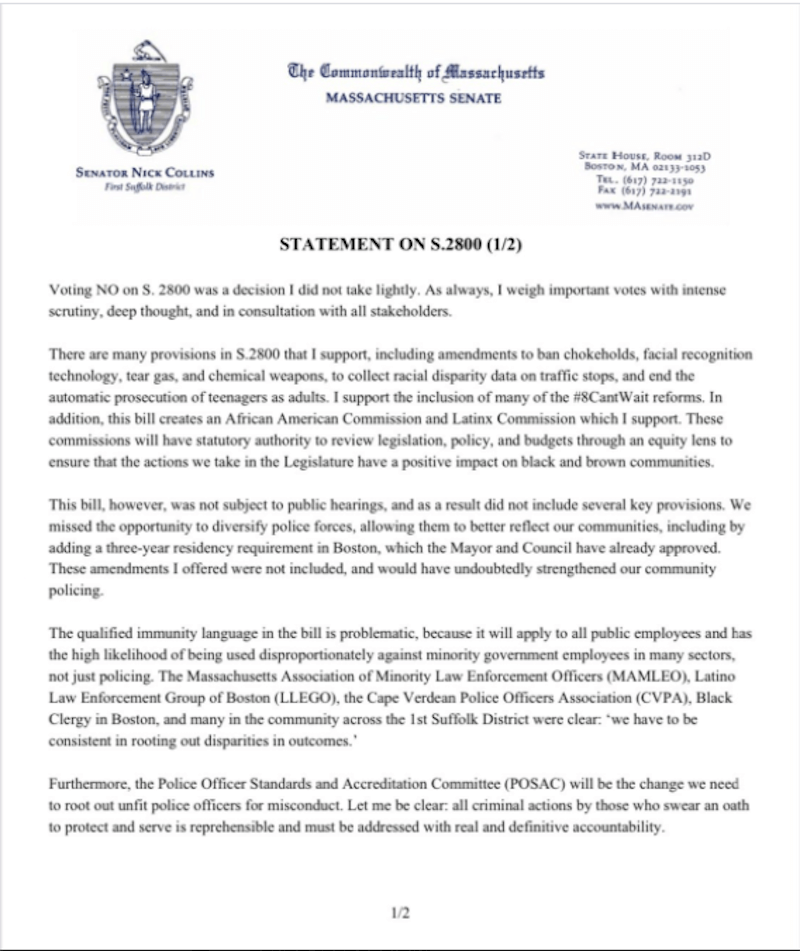 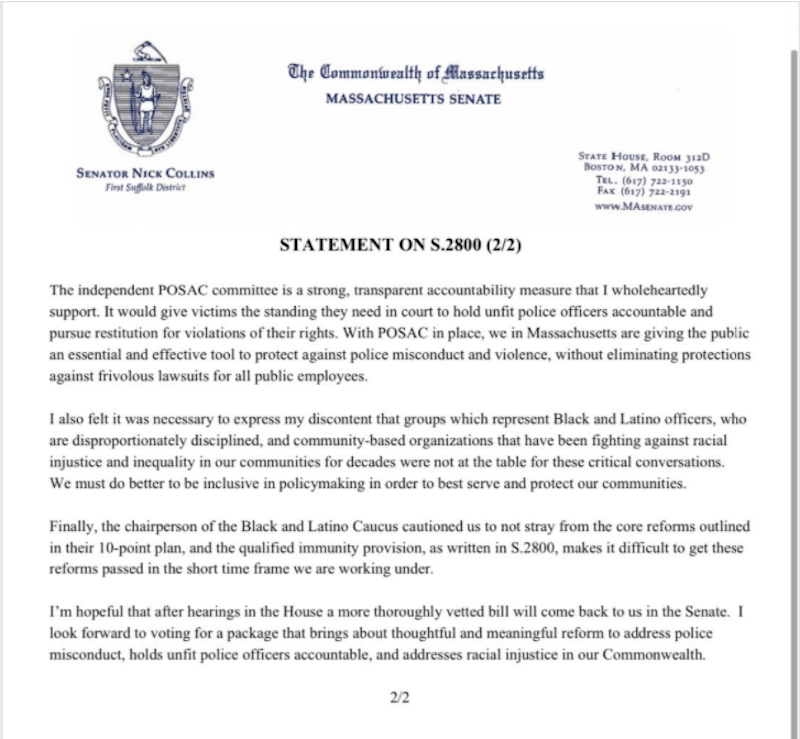