President Biden will be at UMass on Monday – expect traffic delays.

President Biden will be in town and drivers and pedestrians should be prepared for traffic impacts Monday. 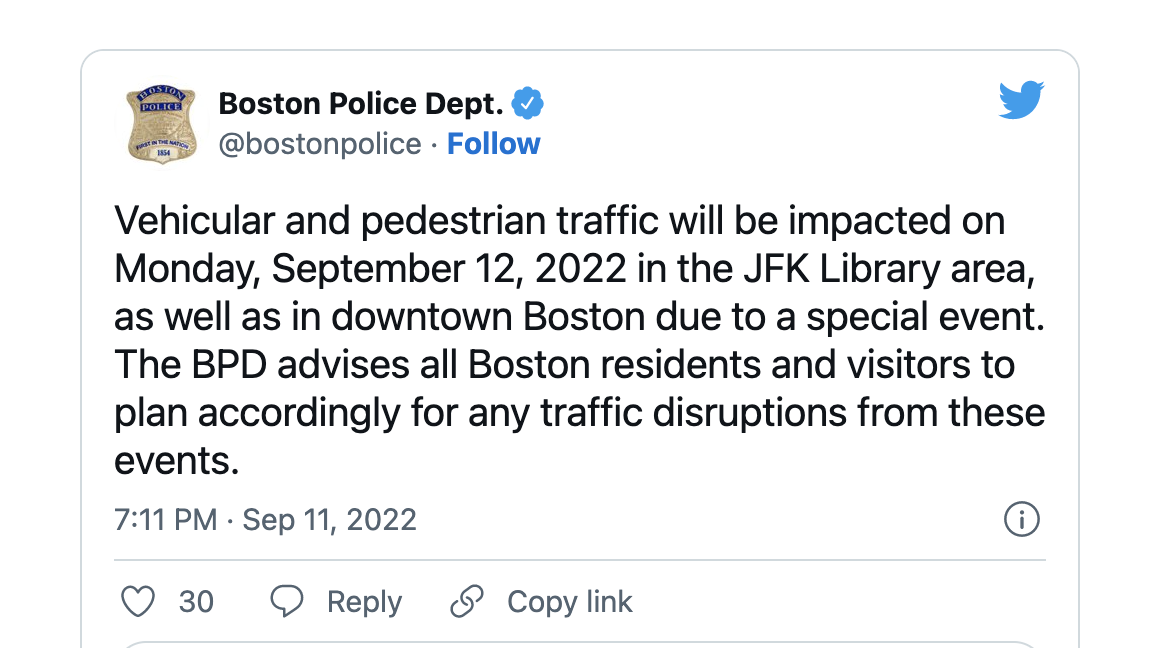 President Biden will arrive at Logan Airport for an 11 a.m. event, and then will deliver his caner “moonshot” announcement at 4 p.m. at the John F. Kennedy Library and Museum. (see below)

UMass Boston will be holding classes remotely Monday because of Biden’s visit. Boston and state police have advised the public about traffic impacts near the JFK Library in Dorchester and in downtown Boston Monday.

President Joe Biden will be visiting Boston on Monday! He will be delivering remarks on the cancer moonshot at the 60th anniversary of President John F. Kennedy’s “Moonshot” speech which will be held at the John F. Kennedy Library and Museum.

Biden lost his son Beau Biden in 2015 of brain cancer and launched the cancer moonshot the following year while vice president.

Back in February, Biden set bigger goals for the project, including cutting the rate of cancer deaths in half in the coming 25 years and improving treatments and quality of life for those with cancer and their caregivers.

Biden is also expected to make remarks on the “unprecedented investments in his Bipartisan Infrastructure Law that are building a better America.”