Thousands of people gathered in Franklin Park on Tuesday night for a protest against the killing of George Floyd and police brutality.  Organized by Black Lives Matter and the non-profit – Violence in Boston, the night started off with a “die-in” at the intersection of Blue Hill Ave and Franklin Park Drive.  It lasted 8 minutes and 46 seconds, the amount of time a Minneapolis police officer knelt on George Floyd’s neck.

The group then had a rally in Franklin Park followed by a vigil.  The gathering was peaceful and powerful.

Groups of protestors then rallied in different parks of the city including Forest Hills Station, Boston Police Headquarters and the state house.

Outside of police headquarters, the crowd chanted, “Take a knee” and in a moment of solidarity officers took a knee. 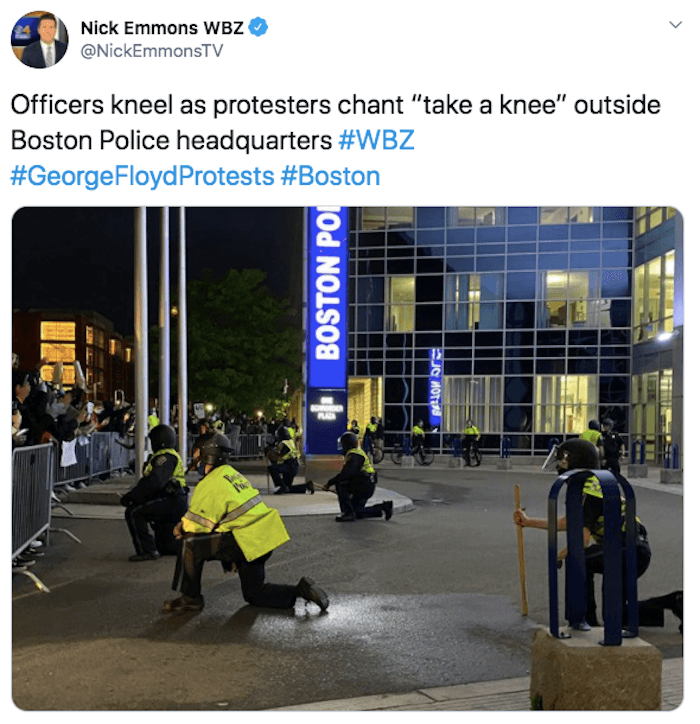 Main image via Erin Clark / The Boston Globe  – for more photos from the evening visit here.