Even though, BPD confiscated another large amount of fireworks in Southie the other night, the displays still continued on July 4th all over the the city. See report below.

At about 10:15 PM on Friday, July 3, 2020 officers assigned to District C-6 (South Boston) confiscated a large quantity of illegally possessed fireworks and incendiary devices in the area of 56 Crowley Rodgers Way in South Boston. While on patrol in the area of the aforementioned location due to a number of community complaints about the excessive display of fireworks, officers observed and heard multiple fireworks being set off from a parking lot. Officers approached the location and observed smoke from freshly ignited fireworks. Officers observed two individuals standing behind a gray Honda Accord with the trunk open, overlooking a significant amount of fireworks in view of the officers. 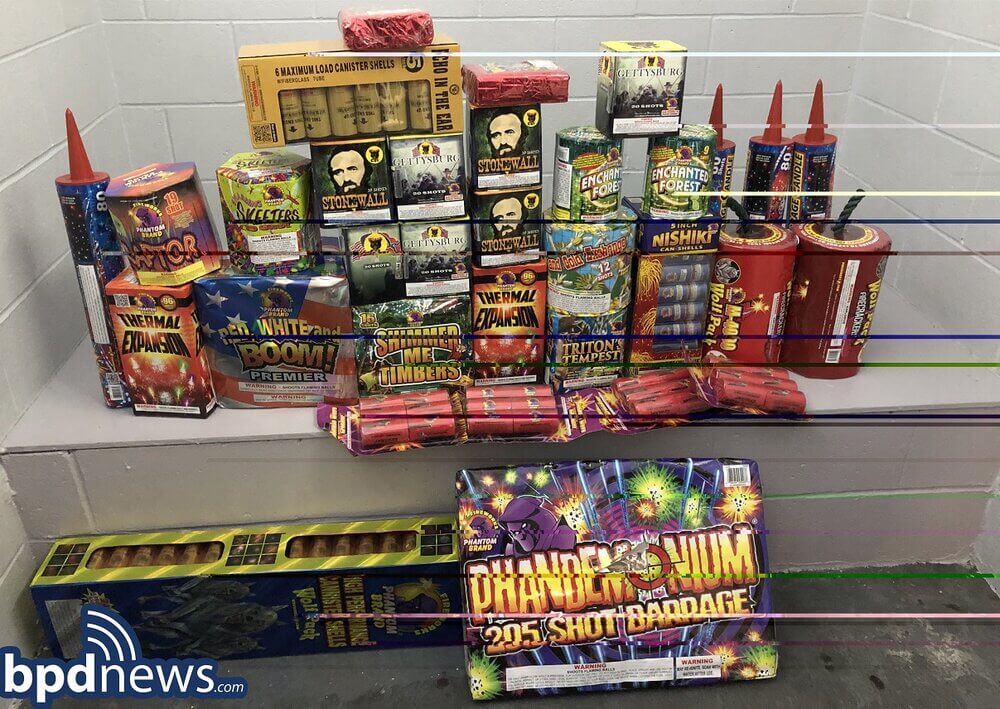 Officers spoke with a female at the rear of the vehicle, who became instantly confrontational with officers who had begun to remove the illegal fireworks from the trunk. At this time, the male at the rear of the vehicle also became increasingly agitated and confrontational. The male and female suspects continued their verbal tirade, berating officers with multiple racial slurs as officers confiscated the fireworks.

Both the male and the female were issued City Ordinance Violations for Possession of Fireworks. All of the fireworks were seized and transported back to the District C-6 Station.

BPD Public Safety Reminder: The Boston Police Department would like to remind the public that illegal fireworks pose significant dangers to the safety of our residents and their property and do not belong in our communities. Massachusetts General Law (Chapter 148, Section 39) clearly states that it is illegal for private citizens to use, possess or sell fireworks in Massachusetts. It is also illegal to purchase them legally elsewhere and then transport them into the state. If you hear or see fireworks being displayed in your neighborhood, please call 911 immediately for a police response. If you wish to report the illegal purchasing or selling of fireworks, you can do so anonymously by contacting the CrimeStoppers Tip Line at 1 (800) 494-TIPS or by texting the word ‘TIP’ to CRIME (27463).