Several years ago, a special bond was created between a local man and a local dog.

Chris- a lifelong Southie resident -can often be spotted in front of Cumberland Farms at L + 5th with treats and water for dogs who pass by. He is a beloved neighbor and the dogs who know him love him – especially Paul the Doodle Pearce.

During the pandemic, Chris became sick and was not in his normal spot at L + 5th for a few months.  It was noticed by neighbors and dogs – especially Paul.  Each day Paul would pass that intersection looking for his friend Chris but Chris was not there and it was clear that Paul missed him.

Then one day, Chris was back!  This video was captured and posted to Instagram this week by Paul’s owners Dave and Ally Pearce.  The friendship is real.

A few months ago, Paul and his family moved away to the suburbs.  On the day of the move, Chris stopped by to say goodbye to his friend. His family posted this to Instagram: 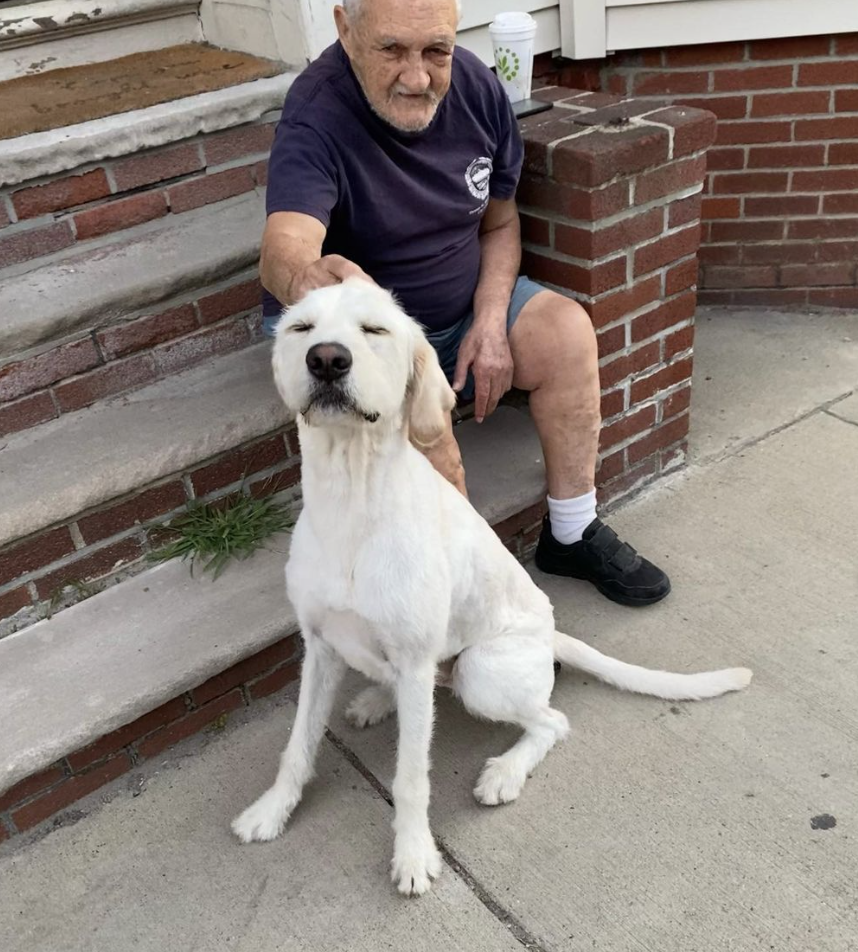 Moving out of Southie today and we were woken up to the sounds of Chris, squeezing a squeaky toy outside our apartment to surprise Paul 😭

While we are excited to give Paul a yard of his own, we know we will never find such a loving community of dog lovers like we did in South Boston. Between @158christopher and the @cumberlandfarms crew greeting us each morning and @nikkia818 bringing us the mail and toys for Paul we are so sad to say goodbye. Southie, you have given us the best memories! ❤️

And then over the weekend, this video was posted.  Chris came to the suburbs to visit his friend Paul and to say the reunion is heartwarming is an understatement.

You can check it out here!