Man on a Horse Riding Down Broadway in Southie

Just a cowboy, a horse + his dog trotting down East Broadway this weekend.  Not sure if he was looking to wrangle up some cows, but there he is.

So what was the trio doing in town?

Spreading joy and love! It’s Gerry Scott, his horse, Hercules and Molly, the yellow lab!  They are in the neighborhood as part of the organization – Horses Over America – a creative partnership between 850 police departments and 850 of New England’s horse owners who volunteer their horses, trailers and time to change the landscape of mental health – through horse therapy!  Scott is the founder of Horses Over America!  The trio could be seen all over the neighborhood from South Boston Catholic Academy to the South Boston Neighborhood House to East Broadway, along the beach and Medal of Honor Park!  They even hit the Southie hot spots like Lincoln and Rondo’s too! 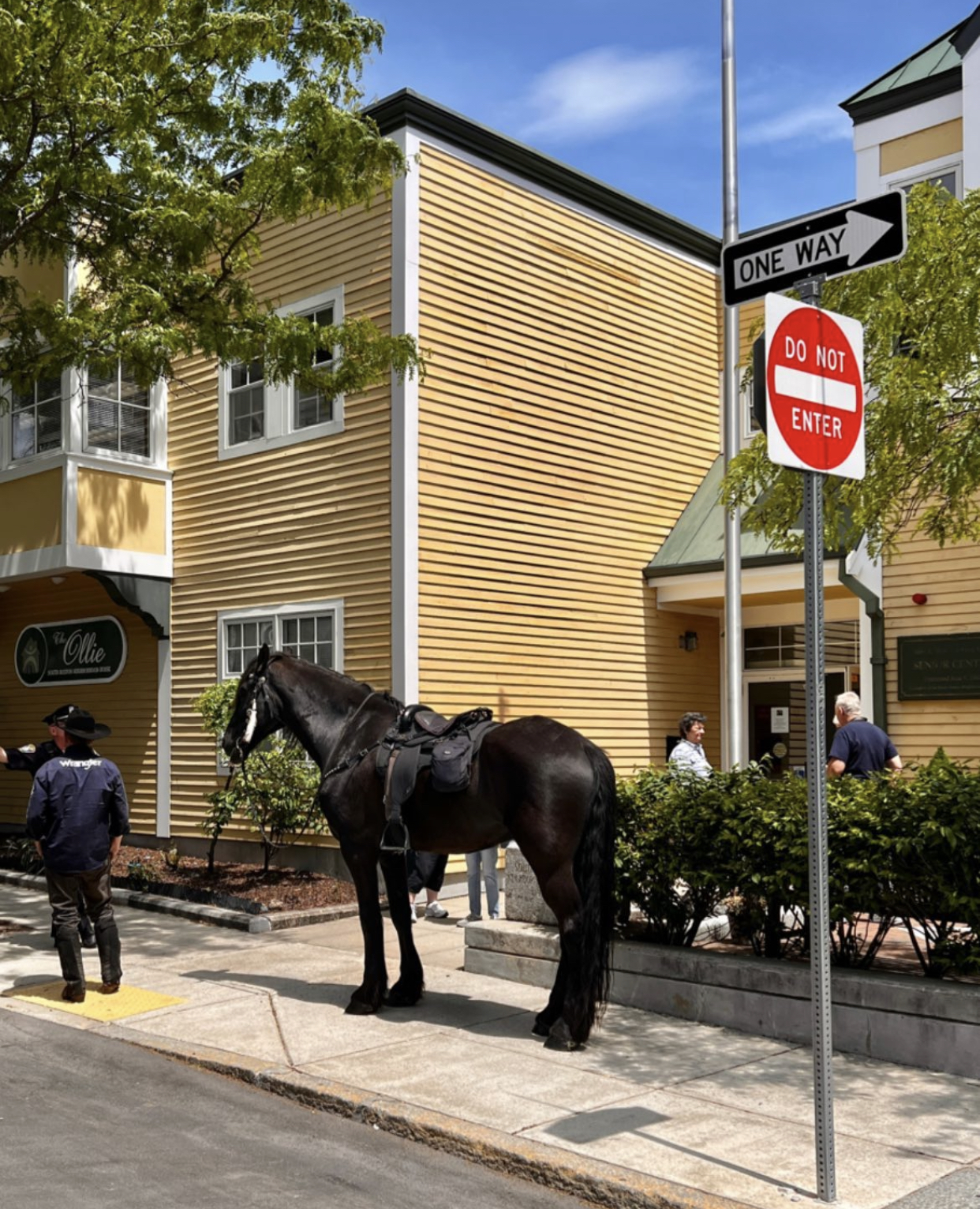 Aware of the increasing daily effects of hopelessness and helplessness on many members of our society, both the young and the old, especially during the recent pandemic, the increase in senseless shootings, suicides, drug overdoses, and for some the total feeling of loneliness, Scott believes horses are a therapeutic animal who can be and are effective in making a difference in people’s lives. He calls it “horse therapy.” With his horse, Hercules, and Molly, his Yellow Lab, Scott has visited nursing homes, veterans’ homes, hospitals, cancer treatment centers, schools in towns from Maine to New Hampshire and Vermont and has seen the growing need for mental health services. He doesn’t want people to think of him as someone “just riding a horse down a Main Street in their town with his dog running alongside. He wants people to see a man, a horse and a dog riding in harmony.”

Special thank you to Will Noonan for capturing the action!  And thank you to Dave Falvey for solving the “mystery” and Corey Dinopoulos for the photo of Hercules in front of the Ollie!