Magic Halloween Castle has been canceled for this year

We are sad to report that the Castle Island Association (CIA) has decided to cancel this year’s Magic Halloween Castle event. Citing lack of volunteers, the fact that most of the current volunteers are senior citizens and live outside of the neighborhood, the CIA has decided to not hold the event for the 2022 season. 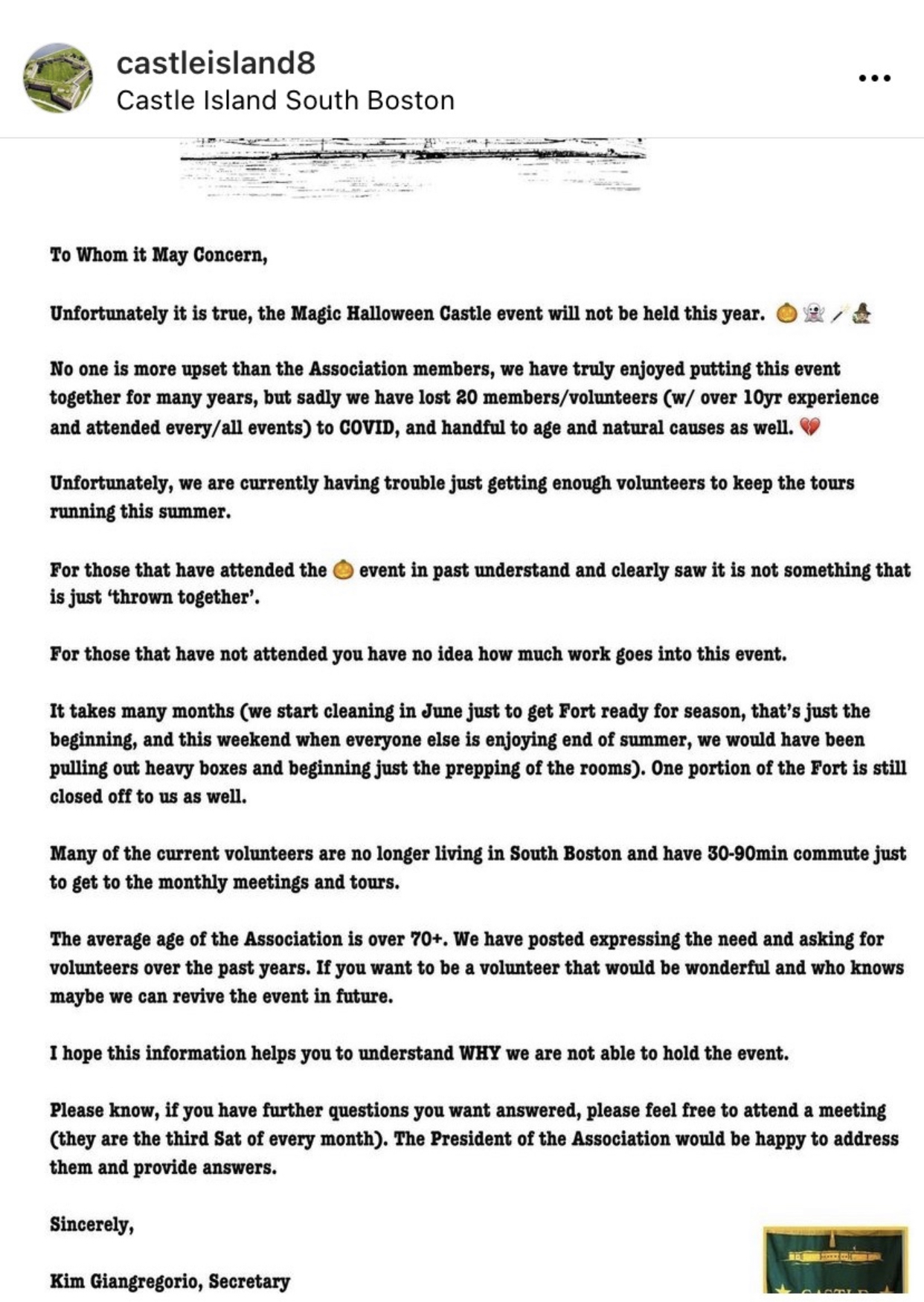 Caught in Southie reached out to the CIA to see if we could rally some volunteers to help make this year’s event a possibility.  But alas, it does not seem like it will happen. Here’s the message we received:

“While we are very grateful that so many people would be willing to help with our Halloween event, it is too late in the season to try to hold the event. It takes months, not weeks, of preparation to organize and host our Children’s Magical Halloween Castle. In addition, the rooms which are decorated and where the Storytellers and Magician perform have been closed for 3 years. Since these rooms have little or no ventilation, it would not be healthy or comfortable for the volunteers who would be spending hours decorating those rooms or for the thousands who would be visiting those rooms. Hopefully, we can get the same kind of support next year and be able to host our Children’s Magical Halloween Castle again.”

Also, according the CIA, it appears that there is also structural damage to Fort Independence causing public tours to be suspended. 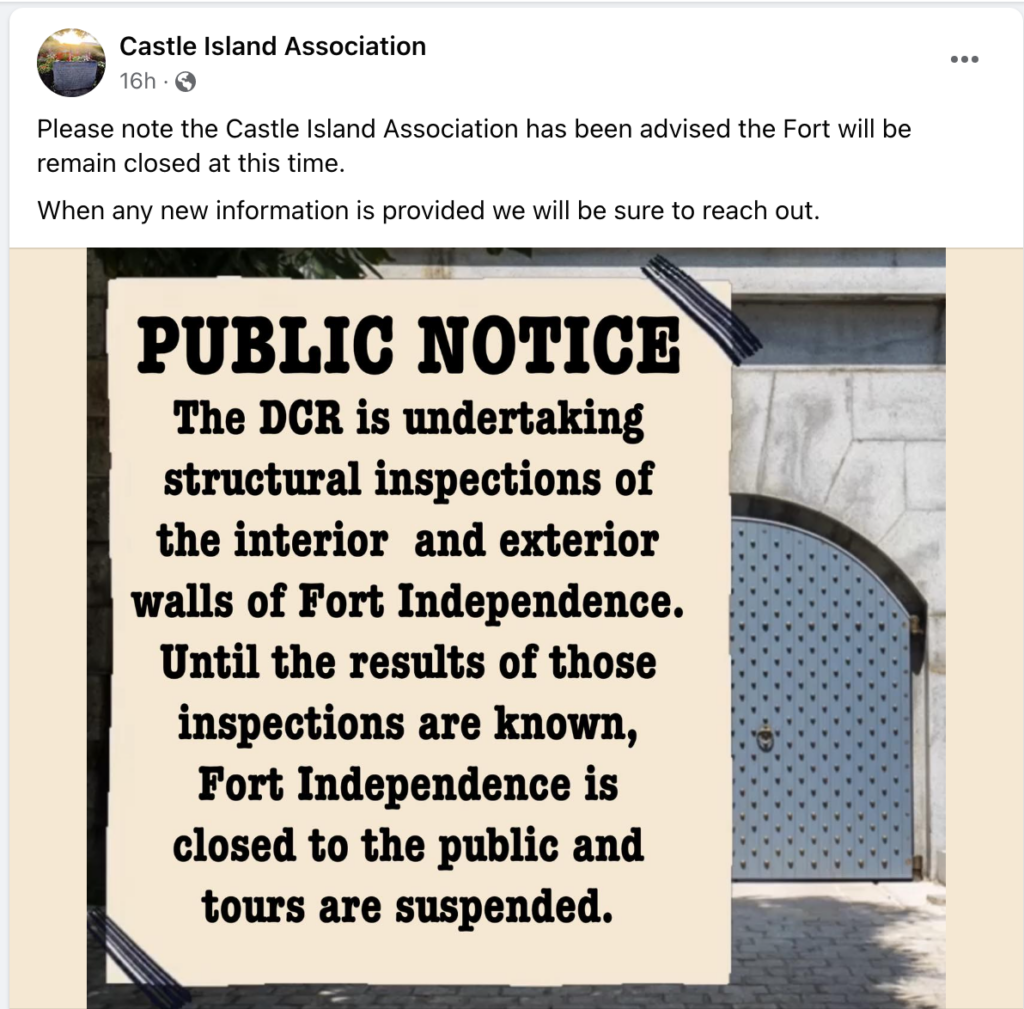 If you are interested in volunteering for the CIA? – There will be a monthly meeting on Saturday at 10am held in the Signal Corps Building, the wooden structure to the right of the playground – due to the fact Fort Independence is closed.

For decades, the CIA would transforms Fort Independence at Castle Island into a family friendly Halloween showcase with thousands of families attending. Hopefully, we can rally as a community and start planning for the 2023 Magic Halloween Castle.

Wonder if the idea of Fright Island will be offered up again?