It isn’t your wifi or your laptop or you…Facebook, Instagram and WhatsApp are all experiencing outages.

So what the heck happened on Monday?

After a six hour outage – the longest downtime since 2008, Facebook announced it was sorry for the outage. “To all the people and businesses around the world who depend on us, we are sorry for the inconvenience caused by today’s outage across our platforms,” aid Santosh Janardhan, Facebook’s VP of infrastructure via blogpost.

According to CNBC, the outage was caused by “configuration changes on the backbone routers” and these changes caused  “issues” that interrupted the flow of traffic between routers in Facebook’s data centers around the world and caused everything to come to a screeching halt.

Could it happen again? Perhaps. Facebook has had outages in the past although nothing like Monday. Bottom line is we’ve become increasingly dependent on social networks like Facebook and Instagram – and it’s not necessarily the end of the world. If there is an outage again in the future, take the time to go for a walk, read a book, take a nap.  Everything has a way of working itself out.

It’s being reported that Facebook’s master code was deleted which could mean Facebook and Instagram could be gone forever…..

If this is in fact true, this will be tough for small businesses who rely on Facebook (as terrible as it is) and Instagram for outreach and advertising.  Here’s a good breakdown via Wired as to what the hell is going on.

According to the New York Times, Facebook and some of its apps servers appeared to go down at the same time on Monday. Many people quickly rushed to twitter to find out what the heck was going on – and twitter itself was getting in on the action: 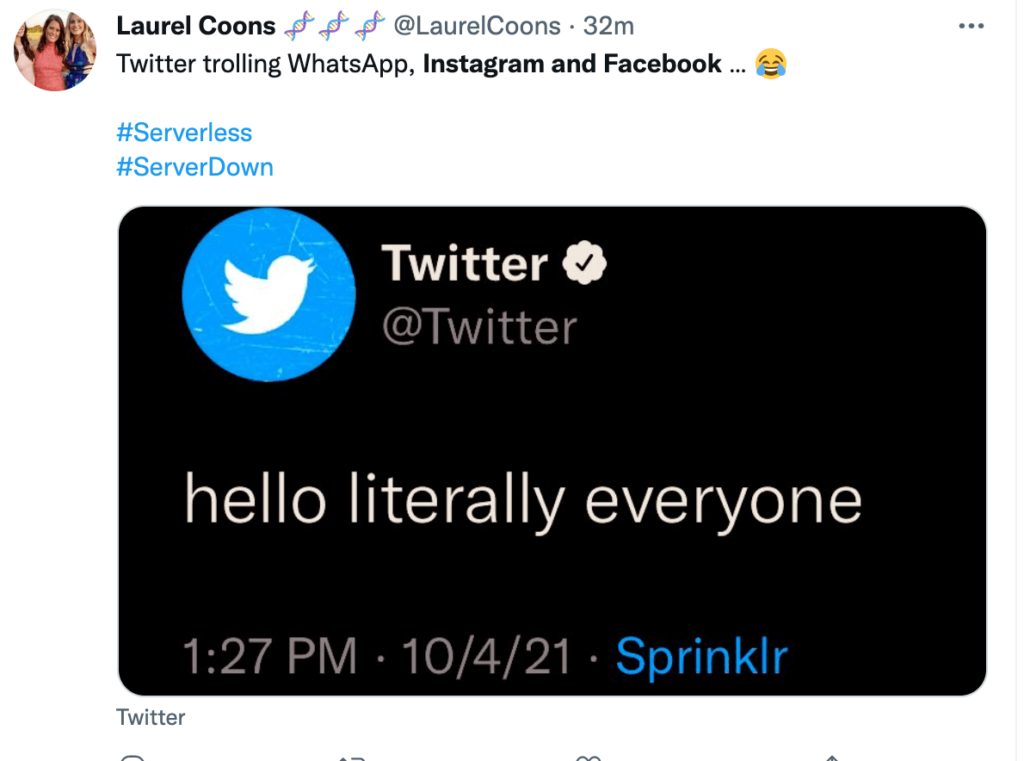 The outage came the day after “60 Minutes” aired a segment in which a Facebook whistleblower claimed the company is aware of how its platforms are used to spread hate and misinformation.

Coincidence? Maybe…but the outage has been going on for several hours now.MSNBC is reporting that DownDetector.com reports showed the outages appear to be widespread, but it’s unclear if it impacts all users or just some locations.

As of now, it is not known what’s causing the outage. All three platforms stopped working shortly before noon.