ICYMI: There were Nazis at the St. Patrick’s Day Parade

Update: The Dropkick Murphys are less than thrilled with the neo-Nazi group, NSC 131 using their song, “the Boys are Back” in parade day video. Calls them “losers” and threatens to “smash” them.

On Sunday, March 20th, a group of about 15-20 people wearing neo-Nazi symbols and holding a sign that read, “Keep Boston Irish” were spotted on West Broadway during the parade.

Needless to say, parade-goers were outraged and took to social media to call attention to their presence. 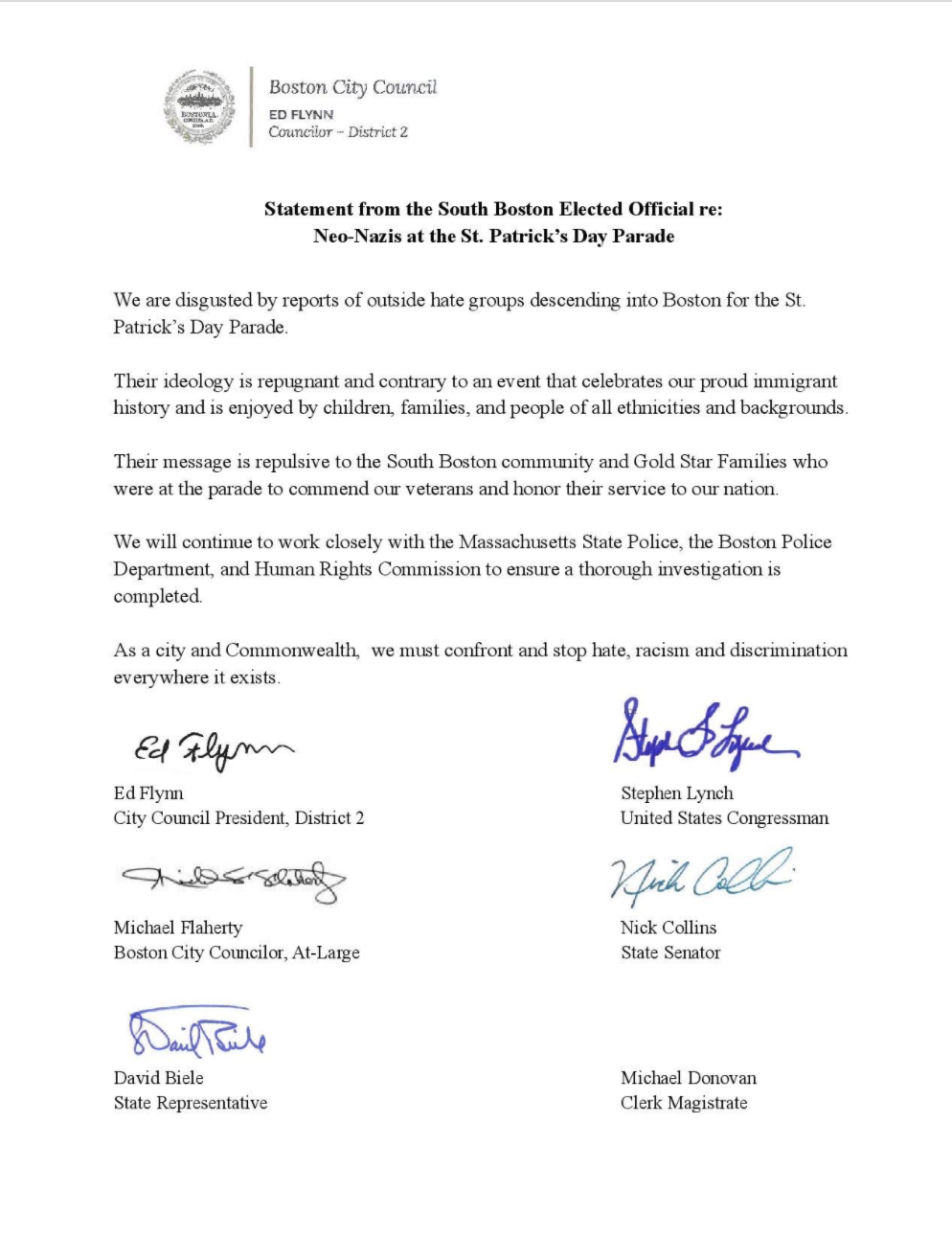 Organizers of the parade, the South Boston Allied Veterans Council was alerted to the group via social media during the parade and stated to the Boston Globe, they were “neither invited, nor welcome.”

The group in question wore the logo of the Nationalist Social Club known as a neo-Nazi group via the Counter Extremism Project and the Anti-Defamation League.

You can read the Boston Globe’s full article here.