Hood Milk Bottle is back open for business!

The Boston Children’s Museum announced on Wednesday, April 20th that the Milk Bottle concession is now open for business.  It will serve novelty ice cream, Richie’s Slush, smoothies, and hot dogs 11am-5:30pm each day via Glenn’s Kreme + Kone.  Cash only.

History of the Milk Bottle

43 years ago, the Hood Milk Bottle traveled through Boston Harbor to its new location at the Children’s Museum on Museum Wharf.  That voyage was referred to as “The Great Bottle Sail.” 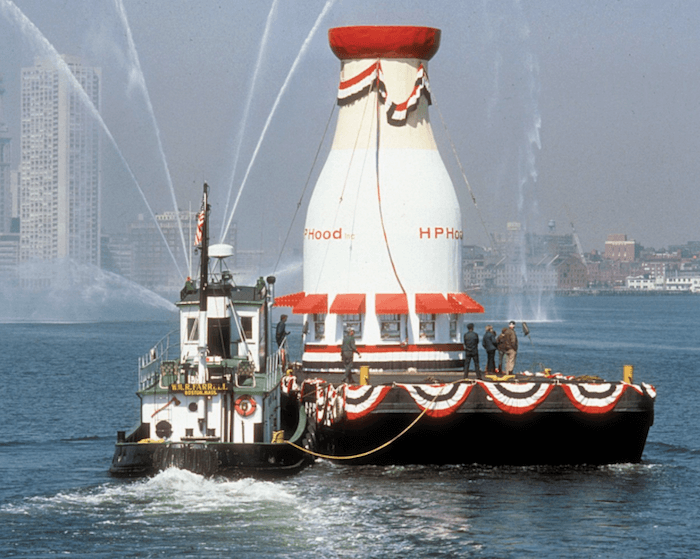 The 40-foot, 15,000 pound “bottle” was created by Arthur Gagner in 1933 as an road side ice cream stand in Taunton. In 1943, it became Sankey’s Ice Cream Stand before shutting down. The abandoned bottle was then purchased by Hood who renovated it and donated it to the Boston Children’s Museum for its opening in 1977.

Milk Bottle Trivia: If it were a real milk bottle, it could hold 58,620 gallons of milk. Bring on the cookies!