The Massachusetts State Police are seeking the public’s help in identifying a hit-and-run driver who fled after striking a pedestrian in South Boston Monday morning.

Investigation by MSP Troop H patrols and detectives indicates that at about 7:17 a.m. Monday a 60-year-old woman was crossing Day Boulevard in the area of K Street. The woman was walking in the crosswalk when she was struck by a car traveling toward L Street.

The car hit the woman, knocking her to the ground, and the driver then continued to travel toward L Street. Subsequent investigation by Troopers indicates that as it fled the area, the car turned left onto L Street and then took an immediate right onto Columbia Road.

The victim was transported by EMS to a Boston hospital with serious injuries and remains hospitalized.

The hit-and-run vehicle is believed to be a mid- to late-2000s Lincoln Town Car, possibly silver or light beige in color. The vehicle has dark tint on its rear passenger windows and its rear window, but no tint on the front windows. Also of note, the vehicle sustained damage to its front driver’s side in the crash, and the driver’s sideview mirror was broken off in the impact and was recovered at the scene. 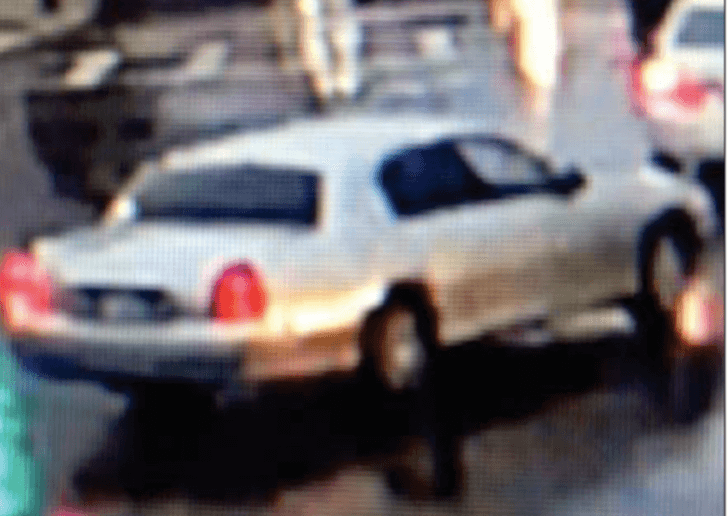 A video and several still images of the suspect vehicle are included with this release. (In the video, the suspect vehicle enters the shot from the far right at the 00:10 second mark and drives across the vantage point from right to left.) We ask that media outlets broadcast and post them to help us seek an identity of the driver.

Anyone with information about the crash, the vehicle seen in these images, or the driver is asked to contact State Police-South Boston at 617-740-7710.